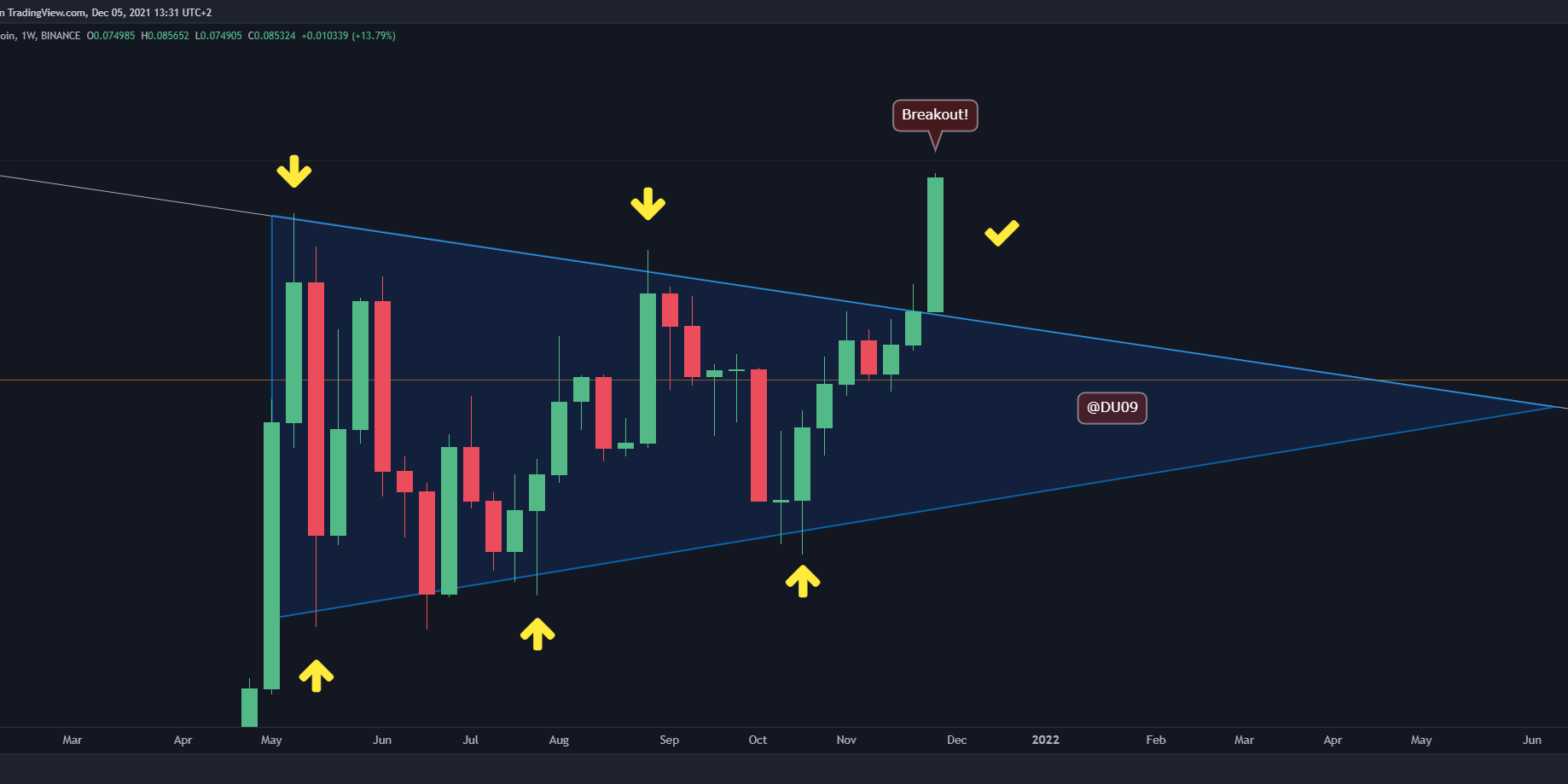 The bad news is that following the crypto market collapse, ETH crashed to $3,470 on Bitstamp on Saturday early morning UTC. However, the good news is that ETH showed strength and managed to recover most of the drop, reclaiming the critical support level at $4K.

Despite the market crash on Saturday morning, which saw significant liquidations of over-exposed leveraged traders, Ethereum managed to recover almost entirely, as of writing these lines.

This is an important signal to the market that ETH is firmly holding against Bitcoin, which appears much weaker following this weekend crash. While ETH managed to recover fast and reclaim the $4K milestone, the same cannot be said about Bitcoin.

For this reason, on the ETH/BTC chart, ETH just made a higher high at 0.085 BTC, which is the highest level since May 2018. The all-time high versus Bitcoin lies around 0.15 BTC, and Ethereum appears well on its way towards that target after breaking above the key resistance at 0.080 BTC, along with a horizontal triangle pattern (as shown on the following chart)

Trading Volume: During the crash, the volume peaked. However, the recovery candle saw a lot fewer amounts of volume. Best to be cautious because of this, particularly once the price reaches the first resistance at $4,284. In other words, the volume is not in favor of the bulls right now.

RSI: The daily RSI made a higher low, despite the crash. This is a sign of strength and gives hope for a speedy recovery.

MACD: The MACD was bullish before the crash, but this quickly rolled over due to the collapse, as the moving averages flipped back down and the histogram went into the negative territory. If ETH stays above $4,000, the MACD will likely revert back to the bullish territory.

The bias for ETH is neutral. It is too early to turn bullish and traders should be cautious as any significant rejection at the resistance levels may lead to an over-reaction from the market due to the recent crypto market crash.

Ethereum’s fast recovery back above the psychological level at $4,000 is a key win for the bulls and if they can sustain it, then confidence in ETH will return and build up momentum for a rally. ETH must not close a daily candle below $4,000. As long as this is so, ETH is well-positioned for higher targets.