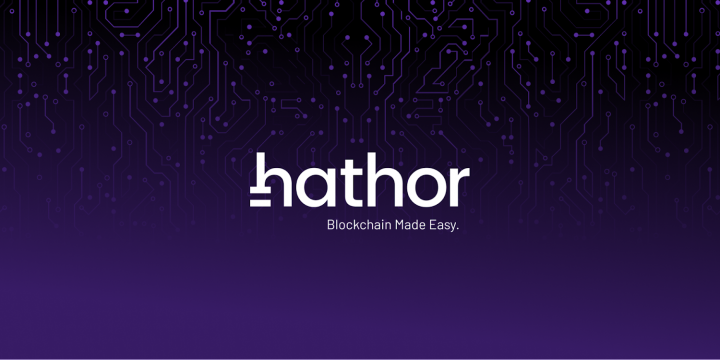 PRESS RELEASE. The blockchain revolution has captured the attention of millions in the past decade. The advent of cryptocurrencies like bitcoin has redefined the concept of money, while smart contract networks have expanded blockchain applications towards different sectors.

While crypto adoption continues to grow, the onus is on the underlying technology to adapt to the new wave of users. Ethereum remains the leading smart contract network, but its problems are well documented. Scalability issues and high gas fees on Ethereum makes it difficult for developers and new projects to thrive quickly.

The code-eccentric nature of Ethereum also means that crypto enthusiasts with little technical knowledge find it challenging to build decentralized applications (dApps). However, several new blockchain protocols have sprung up in recent years to offer an alternative, and Hathor has proven to be a popular option among developers and end-users.

Hathor is a proof-of-work based protocol that deploys DAG and blockchain data structures within an interoperable environment. The project was initiated in 2018 by a team of highly skilled developers, and its mainnet was launched in January 2020.

Hathor is one of the few blockchain protocols that is based on heavy scientific and academic research. Its research paper was written by the CTO Marcelo Brogliato and published as part of his PhD thesis.

Hathor has described itself as the ‘’WordPress of blockchain’’ and provides a simplified blockchain network where everyone can build solutions. Its one-stop solution means that developers can build tokens and decentralized applications without the requirements of learning specific programming languages or frameworks like Solidity, Substrate and Rust.

Developers can also create smart contracts within their network via open APIs in multiple programming languages and familiar coding tools. Hathor also offers a developer-friendly headless wallet that is useful for complex applications.

Hathor provides fewer entry barriers for end-users, and anyone can mint custom tokens within a few minutes using its mobile or desktop wallet. All that is required is to lock 1 HTR token for every 100 units of a custom token created.

Non-fungible tokens have been a growing trend in the crypto world due to their application in digital art, sports, and entertainment. Users can mint NFTs within the Hathor desktop wallet without any technical knowledge. NFTs minting only costs 0.02 HTRs to be created, and users can transfer them within the Hathor blockchain without extra transaction fees.

Hathor is one of the few blockchain protocols that use the concept of Merged mining. Merged mining enables the mining of more than one cryptocurrency without requiring additional proof-of-work effort.

Proof-of-work is an energy-consuming algorithm but provides apparent benefits in security and decentralization. Merged mining enables miners to increase their investment at reduced costs since they don’t have to buy extra hardware to mine additional cryptocurrencies.

Miners can mine Hathor tokens HTR on F2Pool and Poolin, two of the most popular mining pools on the bitcoin network. Also, the current HTR mining rewards will be halved from Jan 5, 2022, from 32 to 16 tokens per block.

Hathor has experienced massive adoption since its mainnet launch in 2020 and has been deployed by several projects. Some include 9Block, an NFT platform built by Brazilian influencer Felipe Neto, AfferoFlow, Kick-Off Music and Databoi.

Dropull, an NFTs platform for in-game items in Cidade Alta, one of the largest gaming servers in Latin America with 120,000 active users, is also hosted on Hathor. In addition, the blockchain protocol has also launched Hathor Green, an initiative that incentivizes miners within its protocol to utilize green energy.

In addition, the blockchain protocol has agreed a strategic partnership with Simplex to launch a debit card within its ecosystem. Hathor is also integrated with popular hardware wallet Ledger, and users can store their tokens using the device.

The Hathor team has continued to work on new upgrades and partnerships that will foster the growth of its ecosystem and HRT token. An NFT project is currently building a dedicated NFT marketplace on Hathor, while HathorSwap, a DEX, is expected to be launched in the coming weeks.

Hathor has massive potential, and its straightforward approach towards blockchain applications positions it in the right place to become a leading crypto stakeholder in the future.