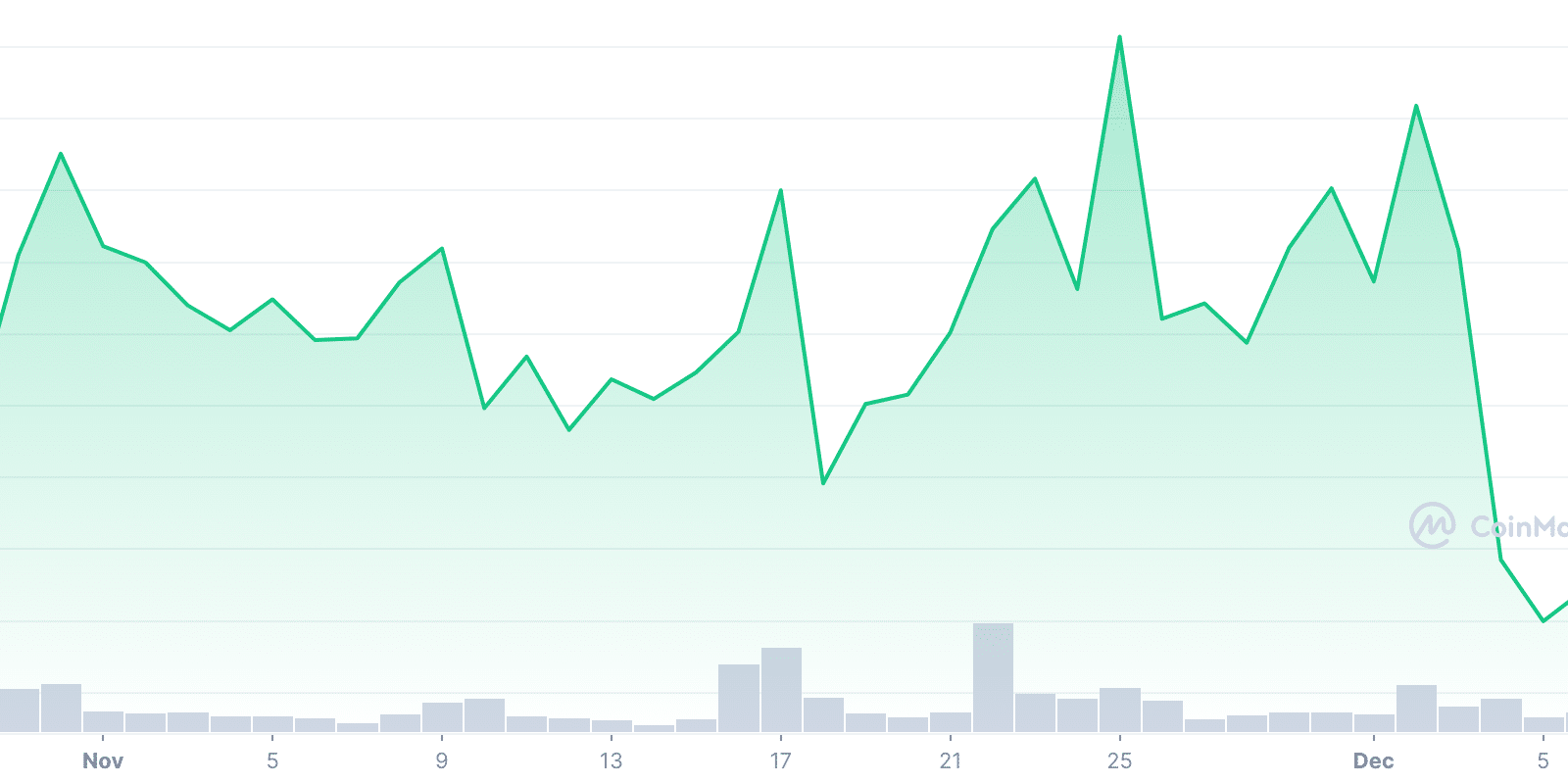 Due to the growing popularity of large cryptocurrencies, such as Bitcoin and Ethereum, we often do not pay attention to other digital assets. And that’s in vain, as some of them from a certain point of view may be more reliable and profitable. Such an example was the IOTA cryptocurrency, the prospects and characteristic features of which we will try to consider.

What Is IOTA (MIOTA) Cryptocurrency?

The IOTA project was launched back in 2016. It is specially designed to process and confirm online transactions occurring between devices and machines connected to the Internet. In other words, it stores and executes online transactions in the IoT ecosystem. The project is aimed at supporting the Internet of Things, the machine economy, and the upcoming industrial revolution. It is important to note that IOTA, unlike most cryptocurrencies, does not work with blockchain. This is a registry, also known as IOTA Tangle.

In 2015, Norwegian David Sønstebø gathered an initiative group of developers in Germany. Together they founded the IOTA Foundation and conducted an ICO to attract investors to their unusual startup. IOTA aims to create a convenient means of payment to implement the futurological concept of the Internet of Things.

IoT is a network of devices connected to the Internet and equipped with electronic chips for data transmission and processing. What does it look like in practice? For example, the refrigerator automatically defrosts when you press a button on your smartphone. Similarly, a fitness tracker measures the physiological parameters of your body during a workout and sends reports to your iPhone. Most of the existing technologies with the prefix “smart” belong to the category of IoT.

The so-called Sønstebø group created a unique IoT platform with secure communication channels and the original payment unit. According to the technical analysis, with the help of such a platform, users will be able to sell or rent their technological resources to other people, such as equipment (e.g., ASIC) or even hard disk space. Holders of electronic databases will be able to sell megabytes of free space. Large corporations will be able to sell real-time data storage on their products (e.g., information about the state of home appliances).

What are the features of IOTA? First of all, the developers abandoned the familiar but heavy blockchain in favor of Tangle’s unique technology. If blockchain technology is a sequential chain of blocks, and any branches are considered forks, then Tangle is a branched system that is constantly evolving in different directions. This technology of Tangle acts as a system of nodes wherein each new transaction confirms two previous transactions.

When it comes to Bitcoin, you pay miners to confirm each transaction. IOTA does not have miners, which means that no one needs to pay. There are no commissions in the system at all. Therefore, IOTA is the best option for microtransactions. In networks with a high commission, including Bitcoin, the lion’s share simply burns out during the transfer.

Back in 2016, the IOTA Foundation acquired its investment fund and established business relations with potential investors. Developers focus on large corporations that are more interested in developing technologies for the IoT.

Bosch and Cisco are interested in such technologies. Initially, industrial giants considered Ethereum as a platform for IoT. However, it turned out that it does not provide the functionality they need. Then they thought of collaborating with HyperLedger, but the platform did not suit them with their excessive closeness. Despite this experience, they still liked IOTA so much that they invested in its development.

In the fall of 2017, the IOTA Foundation management announced plans to develop particular processors for IoT that could process thousands of transactions simultaneously. Microsoft has immediately become interested in this project. As soon as the companies signed a cooperation agreement, the price of IOTA increased by 44% in just a day. In December, the value reached a historic high of $5.69.

At the beginning of 2021, there was a reversal of the cryptocurrency market from a bullish trend to the bearish one, and, as a result, a strong pullback of the IOTA (MIOTA) price to $1.5-$2.

The current IOTA price is constantly changing, and it primarily depends on the number of sellers and buyers on crypto exchanges and the balance of supply and demand. You can judge the purchase and sale volumes of MIOTA by the daily trading volume, which can also give an idea of the current demand for the token.

With the Internet of Things becoming increasingly powerful, many crypto analysts foresee potential growth for the price of MIOTA. However, cryptocurrencies are notoriously volatile, and MIOTA is no different — so if you’re considering adding the asset to your portfolio, it’s important to do your own research to stay on top of the cryptocurrency trends.

Discussing IOTA’s market sentiments it is worth underlining that in general crypto experts and community participants are optimistic about the prognosis of MIOTA. According to most of the IOTA Price Predictions by crypto experts and analysts, the short-term forecast is, in general, bullish.

According to the source, IOTA may reach the new highest price of $3 by 2022. It will be followed by another long downtrend. By 2025, the bullish momentum might repeat so that the coin cost might be $20.

According to the research, both the IOTA project and IoT have a promising future. If the IOTA network succeeds, the network can be worth approximately $220 billion. The rate can bounce up to 45%. These results can be visible by the end of 2035. IoT adoption could accelerate faster than expected as equipment and services costs continue to fall.

According to the IOTA technical analysis, experts advise investing in cryptocurrency now to get profit in 2-3 years or later when the Internet of things will become a truly massive phenomenon. The more people learn about the IoT capabilities, the greater will be the need for IOTA. As you already know, it is the demand for cryptocurrency that determines its market capitalization. Now, let’s find out the price prognosis of the IOTA crypto coin in 2022, 2023, and 2025. Below you can find our future long-term price forecasts for IOTA (MIOTA) based on the data provided by Long Forecast crypto analytical source.

In conclusion, IOTA seems to be a rather promising coin. It offers a new mechanism for distributed Tangle registers, thanks to which transactions occur for free while being confirmed by each network participant.

In terms of price, IOTA has an outstanding potential to reach new heights in the future. It is predicted that the cost of MIOTA will increase. According to technical analysts, crypto experts, and business analysts, IOTA might reach the highest price of $40.63 by 2030.

Is IOTA a good investment?

IOTA is one of the most promising projects ever created in the crypto sphere. The idea is just perfect. The question is in its realization. However, IOTA barely has any problems. So yes, IOTA may be a good investment.

What will IOTA be worth in 5 years?

Does IOTA have a future?

Developers are constantly working on expanding partnerships. They are in search of various areas of technology application. Prior to the project, one of the creators had already worked in the field of the Internet of things.