OpenOcean Aggregates Arbitrum in Expansion of its Trading Solution 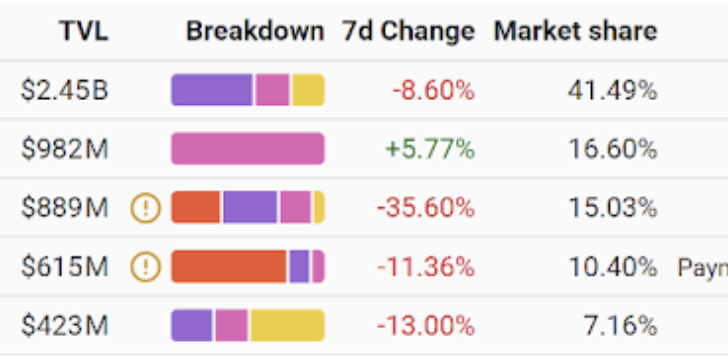 The move will enable OpenOcean users to trade on multiple Ethereum Layer-2 constructions with maximised returns.

Cindy Wu, Co-founder of OpenOcean, commented: “On the one hand, we know our users are trading on Ethereum and have been requesting us to aggregate more Layer-2 solutions to access cost efficient and fast trading while still being in the Ethereum ecosystem.”

Wu continued: “On the other hand, we also know that some of our users have been hesitant or directly reluctant to trade on Ethereum due to the cost. With the Arbitrum aggregation we mash two potatoes with one fork and our users can swap around the trading universe with one-stop trading on OpenOcean.”

Arbitrum goes from strength to strength

Its DeFi experience is similar to Layer-1 except for the transaction cost, which is dramatically lower than Ethereum.

What is Arbitrum’s ‘optimistic rollup’ technology?

Porting contracts to Arbitrum requires no code changes or downloads as Arbitrum is fully compatible with most existing Ethereum developer tooling. Arbitrum has launched Arbitrum One on Ethereum mainnet and the team is already working with hundreds of projects that are building on Arbitrum One.

OpenOcean positions itself as an integral part of Web3, offering users maximum returns on decentralized assets across multiple networks without charging additional fees. The aggregation of Layer-2 constructions gives the option to further reduce the fees users end up paying on Ethereum due to network congestion.

Due to its innovative technology and timely launch, Arbitrum has become a Layer-2 leader with 40%-plus market share of the Layer-2 TVL. It also boasts the most volume and the highest number of users among Ethereum’s Layer-2 constructions (see table below).

OpenOcean claims to be the world’s first DeFi and CeFi full aggregator. OpenOcean’s intelligent routing algorithm aims to find the best price and low slippage for traders across centralized and decentralized exchanges with no additional fees.

Looking to buy or trade Crypto now? Invest at eToro!