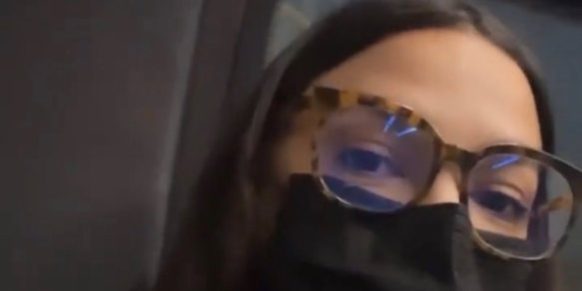 According to Ocasio-Cortez, known by the moniker AOC, investing in cryptocurrencies, especially Bitcoin, would prevent her from doing her job “as ethically and impartially” as possible.

“I do not believe members of Congress should hold/trade individual stock and I choose not to hold any so I can remain impartial about policymaking,” said AOC in an Instagram story on Monday.

“I also extend that to digital assets/currencies,” she added, replying to a follower inquiring if she invests in Bitcoin.

AOC argued that “having access to sensitive information and upcoming policy” presents a clear conflict of interest.

While AOC made her stance on the matter abundantly clear, not all members of Congress shy away from investing in crypto.

While in office, members of Congress are permitted to buy, sell and trade stocks and other investments.

However, according to the Stop Trading on Congressional Knowledge (STOCK) Act, passed in 2012, members of Congress are required to disclose their individual sales and purchases within 45 days following the transaction.

The STOCK Act’s key provisions were weakened in 2013–reducing the safeguards against insider trading.

Her investment worth between $50,001 and $100,000 marked one of the first congressional cryptocurrency purchases, according to Quiver Quantitative.

The alternative data company that tracks personal trading activities by US Senators and Representatives revealed that the only other significant bet in crypto was made by Pat Toomey.

The post Representative Alexandria Ocasio-Cortez of New York explains why she doesn’t invest in Bitcoin appeared first on CryptoSlate.