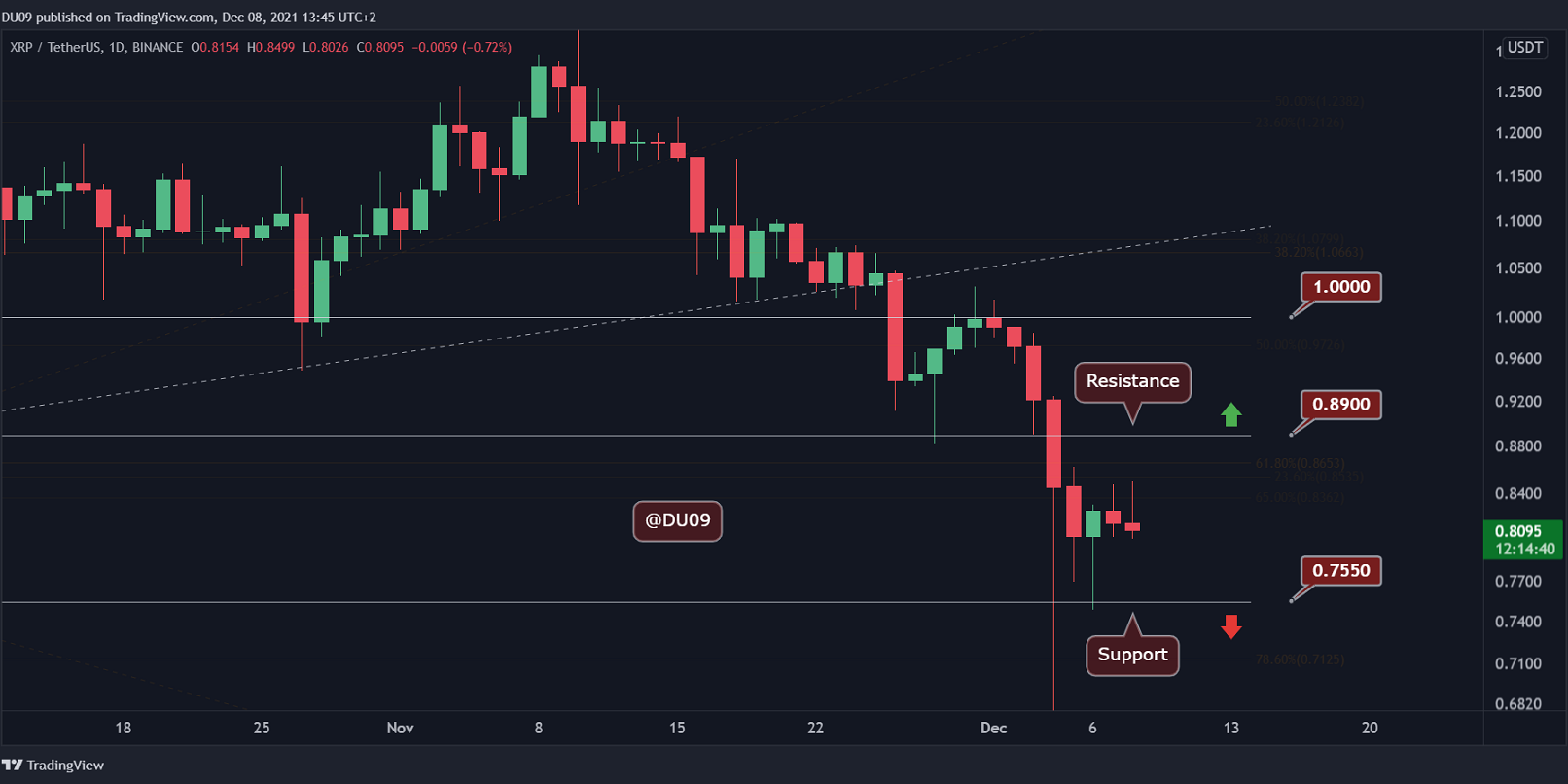 As indicated in our last XRP analysis, the correction appears over, and the price is consolidating above the critical support at $0.75. The important resistance is found at $0.89, and the price is likely to sit between these levels until confidence in the market and XRP improves.

The break below the $1 was a major defeat for the bulls, and it will take time to recover from this. The bears appear exhausted at the time of this post, and it seems rather unlikely that price will make a lower low in the near term. Ever since the crash on December 4th, XRP has made higher lows, which is a good signal that the downtrend has ended.

Trading Volume: Volume continues to remain low after the crash as the price consolidates. This can continue for a while as bulls and bears recover from the most recent volatility.

RSI: The daily RSI is trying to leave the oversold area (<30) and it currently sits at 28 points. Once a reversal happens, and it moves back above 30 points, then XRP could start an attempt to break the key resistance.

MACD: The MACD continues to be bearish, but the histogram is making higher lows. This is good and if it continues, eventually, price can take a turn to the upside.

The current XRP bias is neutral. Price can continue to consolidate between the key support and resistance for a while before a breakout is attempted.

A retest of the key support at $0.75 is likely if bears return to test the resilience of XRP again. This key level was well defended twice, and it would be surprising to see it break.