Upgrading The Behemoth That Is The Bitcoin Blockchain 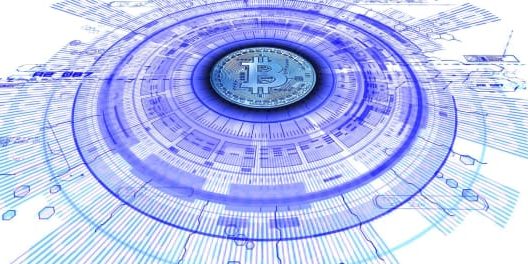 Bitcoin has undergone many improvements over the years — and not without its share of controversy.

The Behemoth, a primeval, “unconquerable beast” in the biblical book of Job. Though largely considered a myth, this beast was said to be over 300 feet in height and weighed over 80,000 metric tons. As is to be expected of such a ginormous creature, its gaits would have caused the earth beneath its feet to tremble with every step as it trudges majestically — slowly — through the land. Now you would agree that it would be physically impossible for such a beast to make any sudden turns or suddenly alter the direction of its movement, yes?

Well, the Bitcoin network can be likened to a behemoth. Some may say that it is still in its infancy seeing as it’s only 12 years old compared to other preexisting monetary systems. Well, in that case, I’ll say it’s a 12-year-old — not so much an infant — with a gigantic 360-gigabyte data repository, powering a 1.1 trillion dollar ecosystem, that has about 76 million unique addresses, and a little over 1 million of those addresses currently active as at the time of writing. Considering the age of the network, if those figures aren’t considered behemoth , then I don’t know what is.

Being a decentralized, open-source, peer-to-peer network, Bitcoin — unlike most other networks run by centralized protocols — isn’t run, nor controlled, by any single entity but by its users spread out across the globe. Because the network’s smooth running depends on complete consensus between all network users and participants, no adjustments, changes or upgrades can be made on its ever-growing 360-gigabyte database without the general approval of its participants. As a result of this, these changes or upgrades don’t happen very often. We could say that changes or upgrades can only be implemented slowly — majestically, like the movement of the Behemoth.

The last significant upgrade to the network was implemented in 2017.

Back in 2015, the era of The Blocksize War, was an interesting time in Bitcoin history. It is a good example of what happens when participants within the network don’t reach a consensus about the affairs of the network. During that time, Bitcoin’s adoption rate reached new heights. As the number of users transferring bitcoin within the network increased, it got bogged down with larger volumes of transactions than its capacity could handle, leading to an overall decrease in transaction processing time. Several proposals were submitted by different schools of thought within the Bitcoin community. One of those proposals suggested increasing the individual block sizes as a solution to the problem. That, of course, was met with opposition, leading to the famed “Blocksize War” and eventually a hard fork in the network that led to the creation of Bitcoin cash.

Hard fork …oh, I don’t mean a piece of cutlery made out of vibranium or adamantium. And yes, there’s also a “soft” variation. Some complex terms, no? Okay, for contextual clarity, I’ll quickly run through what they both mean. First of all, a fork, in this instance, is a change in the underlying protocol of a blockchain. A soft fork is a change or an upgrade in the network that is backward compatible with its previous versions, in which all participants see this upgrade as valid. Now in the case of a hard fork, remember when I said that all participants have to agree on changes in a network for it to be implemented? Well, a failure by the participants to reach an agreement, with the proposing party still holding strong to their notion or idea for the network, results in a split, “a fork in the road” if you will, where a whole new network is created and is run by either a completely new protocol, or a version of the old one that suits the ideals of its creators.

Simple enough, yes? Now, let’s get back to the story.

The Doctor To The Rescue

SegWit, or Segregated Witness, a soft fork of the Bitcoin blockchain, was one of the proposed solutions to the problem that was plaguing the network. SegWit works by decoupling signature data from individual Bitcoin transactions and efficiently rearranging them in each block. The good doctor, Pieter Wuille — a Bitcoin core developer who proposed this upgrade — suggested that it would significantly increase transaction speeds on the network. So, look at it like this: Since it had been established that digital signatures account for 65% of the data from a given transaction, separating or segregating the witness (the digital signature of the sender) from the entire data effectively reduces its volume, thereby reducing the amount of time it would take a miner to validate or verify it. This proposal made sense, and after the network participants reached a consensus, it was agreed upon and work began effectively on it. After several tests and trials, the SegWit upgrade on the Bitcoin blockchain went live on August 23, 2017.

And Then Lightning Struck

The SegWit upgrade was the scaling solution it was promised to be. It was what Bitcoin needed. This upgrade enabled the network’s continued growth of its user base and by extension, transaction volume. By freeing up space in each block, the SegWit upgrade also paved the way for the creation of the Lightning Network. Remember back in 2015 during the Blocksize War? One of the solutions proposed back then to resolve Bitcoin’s scalability issues was the Lightning Network. It was definitely not a hard fork and not a soft fork either. The Lightning Network is a software designed to be layered on top of the Bitcoin blockchain that enables the creation of off-chain, peer-to-peer, bidirectional micropayment channels, created by users, which allows them to transfer value, almost instantly and at exceptionally low costs, without limits and the need for a trusted third party.

Joseph Poon and Thaddeus Dryja, the two Bitcoin developers and researchers who co-wrote the paper titled, “The Bitcoin Lightning Network,” where they detailed the proposed protocol and how it will solve Bitcoin’s scalability problems, published it on January 14, 2016. And thus began the race to develop it, which then led to the creation of the “Lightning Labs,” a company based in San Francisco, California, and dedicated to the development of the Lightning Network. Then in 2018, they launched the beta version on the Bitcoin blockchain.

The impact of this innovation cannot be ignored within the Bitcoin community, or by the entire Crypto space, because its implementation made Bitcoin’s adoption as legal tender in El Salvador possible. It’s no longer news that one can make micropayments in bitcoin in the country now. Buying a cup of coffee or paying for a haircut with sats from your Lightning wallet is now as easy as scanning a barcode, all thanks to the Lightning Network.

Seen as the most significant upgrade since the implementation of the Lightning Network, the Taproot soft fork is an improvement to the Bitcoin blockchain that was proposed in January 2018 by Gregory Maxwell, a Bitcoin core developer and former Blockstream CTO. Fast forward to January 2020, the good doctor Pieter Wuille submitted a pull request for this upgrade, and then, a little over a year later, Michael Ford and Marco Falke, two other Bitcoin Core Devs, merged a complementary pull request, which led to the beginning of the signaling period. The Taproot proposal surprisingly reached a 90% consensus among the network’s miners and participants. This is considered to be a bit of a rare occurrence, I mean we do recall the split in the network that happened around the SegWit upgrade, yes? As soon as that consensus was reached, work to implement the upgrade commenced thereafter.

Now, without sounding overly technical and using the simplest possible terms I can come up with, let’s get to understand how these three Bitcoin improvements come together.

BIP 342 (Tapscript). The term “Tapscript” is basically an upgraded version of Bitcoin’s operating system (script). Now, this BIP 342 improvement proposal complements the earlier mentioned Schnorr and Taproot proposals. It improves the hashing of signatures, enabling the validation of taproot scripts, as well as allowing the flexibility to add operation codes (opcodes, basically script commands). This enhances the network’s ability to process smart contracts, which is one of the most important things about this soft fork.

At this point, the “why” shouldn’t be much of a question, no? Besides improved privacy and reduced transaction processing cost, the fact that Bitcoin developers can now much more flexibly develop smart contracts on the network is a thing to be excited about. This feature, as it should be known, is something most other newer blockchains came preloaded, straight out of the box with. With this, the potential for scaling the network can’t be understated. Though it may take a few years for it to be fully adopted, the scaling potential for the network will not be made light of. rom DeFi to NFTs, a whole vibrant ecosystem can now be built on the Bitcoin blockchain.

“Taproot will set the foundation for the next phase of innovation in the Bitcoin protocol. We expect this upgrade to unleash a new wave of innovation in bitcoin focused mainly on smart contracts.” — Katherine Dowling (CCO Bitwise Asset Management)

As far as upgrades go, Taproot may or may not be the most important upgrade the Bitcoin blockchain has seen since its inception, but it is, by all standards, one that will herald more mainstream adoption for the network. Will it impact the value of the network? I think it will, though not right away, as it may yet take some time before its effects are felt across the network. If we look at what happened a few months after the SegWit upgrade went live in 2017, we can see that the value of bitcoin, which was around $5,000 at the time, embarked on a moon trip so to speak, making that 300%-plus gains that led to the top of the 2017 bull cycle.

Now, will that be the case here as well? No one can say with absolute certainty unless, of course, the tip is from someone who has time-traveling privileges. Whatever the outcome is though, we are here for it.

This is a guest post by Emeka Ugbah. Opinions expressed are entirely their own and do not necessarily reflect those of BTC, Inc. or Bitcoin Magazine.