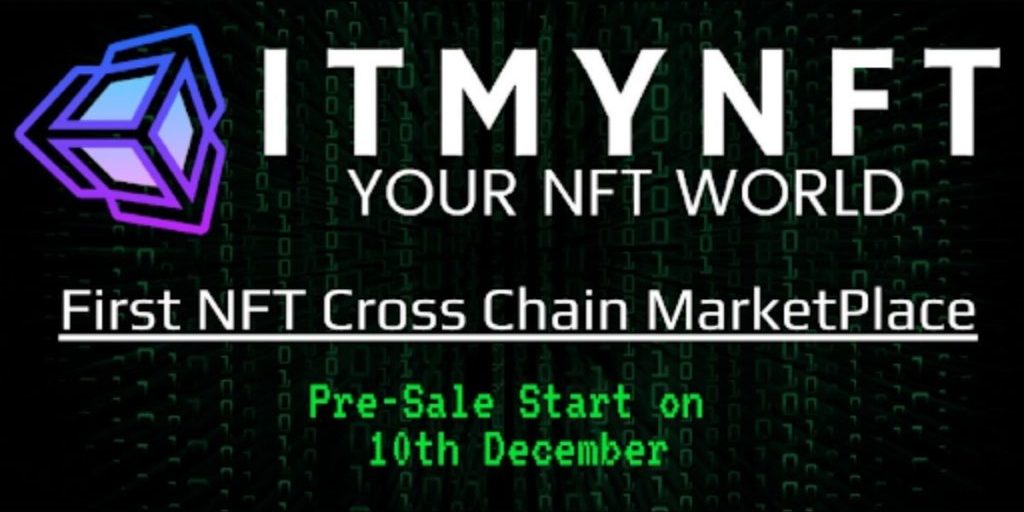 ITMYNFT recently announced the launch of its NFT cross-chain marketplace and a token sale which are currently underway.

ITMYNFT hopes to become a community-driven and governed platform attracting participants from different global communities. Currently, the community’s core members are composed of top investors in the NFT field. ITMYNFT’s goal is to “create the most User-Friendly & Interoperable NFT platform which rewards its holders.”

ITMYNFT’s presale is now live, allowing early investors to join the project. The IMN is the governance token of ITMYNFT.  Notably, ITMYNFT has allocated about 50% of ITMYNFT tokens for presale 2500000 tokens in total. It has been set at 1 ETH = 10,000 IMN or 1 BNB = 1000 IMN.

The presale is intended to create a high-priced coin to attract popularity.

From the total supply, 10% of ITMYNFT tokens will be given to the community as airdrop and distributed to community users for free. Once the presale is over, IMN will be listed on CEX and DEX, with the estimated listing price of IMN being $10.

In the coming days, ITMYNFT plans to a Pancake Swap launch, launch of NFT Token, IMN referral program, Listing on Web3 wallets, IMN token new bridges, Ethereum, Polygon, Fantom, CEX listings, and web3 app development. In addition to a token Audit, this will be the launch of MYNFT.FINANCE, Launch of MYNFT.BUZZ and Launch of MYNFT.WIN