Market Watch: BTC Dipped Below $47K on Another Volatile Friday 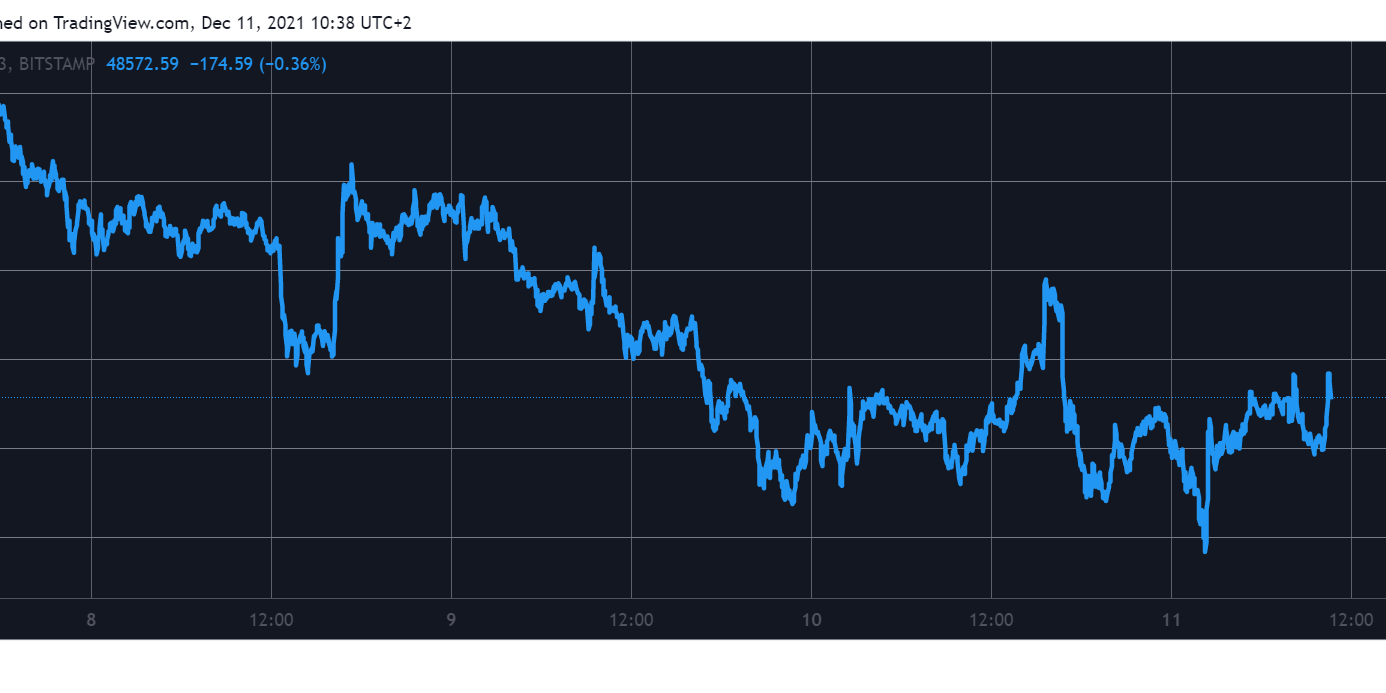 Yesterday’s inflation news from the US pushed bitcoin to $50,000 once more, but the asset failed and dropped by several thousand dollars. Most altcoins are also in the red on a daily scale, as ETH slid to $4,000.

The past several days didn’t go all that well for the primary cryptocurrency. It tried to recover from last week’s massive crash and challenged the $50,000 mark on several occasions but to no avail.

Its inability to break above had driven it to around $47,500 yesterday when the US Bureau of Labor Statistics revealed the highest inflation number in about 40 years of 6.8%.

This had an immediate effect on BTC’s price, which jumped by a few thousand dollars and touched $50,000. As it happened with the previous attempts, though, the asset couldn’t pass by it, and the subsequent rejection drove it south by more than $3,000.

The second-largest digital asset went above $4,400 a few days ago, but the predominantly negative sentiment in the market brought it below $4,000 briefly. As of now, though, ETH stands above that line.

Terra, which was among the best performers lately, is down by 8% today. Consequently, LUNA sits at just over $60.

Ripple and Dogecoin are just slightly in the red, while Polkadot has jumped by 5% and sits around $28.

The cryptocurrency market cap dipped below $2.3 trillion yesterday but is now just above it.