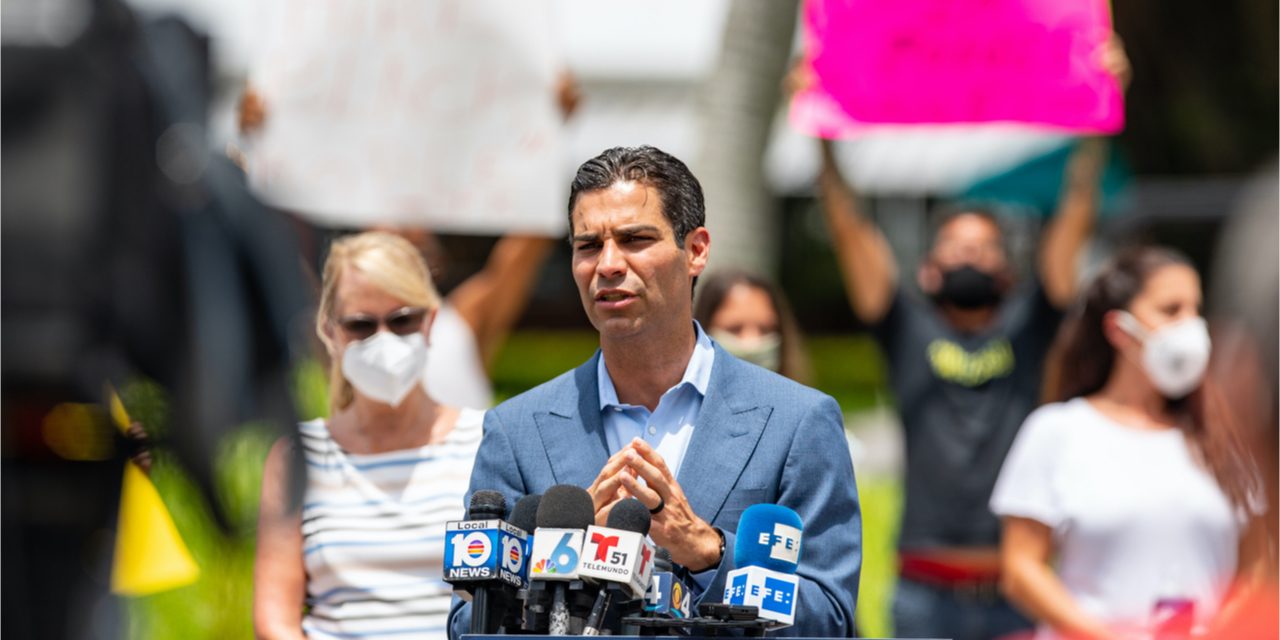 During the first week of November, the reelected Miami mayor Francis Suarez explained that he would receive part of his salary in bitcoin via the payment processor Strike. A month later, speaking at Real Vision’s Takeover event in Las Vegas, Suarez revealed he plans to take part of his 401k in bitcoin as well.

Miami mayor Francis Suarez is a big fan of bitcoin (BTC) and he has spoken about his fascination with cryptocurrency on various occasions. In mid-October, Suarez told the press that he was building Miami into America’s crypto capital and the mayor stressed that cryptocurrency is a “major priority” for him. Suarez also told Chinese miners to relocate to Miami and leverage Florida’s abundant nuclear energy after China banned bitcoin mining.

Last month, Suarez revealed he was utilizing the third-party payment processor Strike to get a portion of his paycheck converted into bitcoin. Additionally, a growing number of mayors in cities across the U.S. have explained they too have an interest in getting paid in bitcoin. Now Miami mayor Francis Suarez is taking it a step further and converting some of his retirement money into bitcoin as well. Speaking with the Real Vision managing editor Samuel Burke in Las Vegas, Suarez remarked that it was a “personal choice.”

“I just think it is a good asset to be invested in. I think it’s one that’s obviously going to appreciate over time. It’s one that I believe in,” Suarez said. Burke asked the Miami mayor if he would invest his 401k in bitcoin next year and Suarez replied, “Oh yeah! Definitely.” The Miami mayor further added:

Suarez explained last month that Miami residents may soon get access to a “bitcoin yield” that stems from the city’s own crypto-asset called “Miamicoin (MIA).” New York City also has its own coin called “NYC” and both NYC and MIA can be mined. The Miami mayor also told Real Vision’s managing editor that Miami residents will soon be able to pay municipal fees in BTC.

“We just had an industry day for bitcoin exchanges, and we’re in the process of putting out an RFP (request for proposal) on that,” Suarez remarked during his interview. The Miami mayor told Burke that because he has income stemming from the private sector it gives him the right to invest his 401k in crypto. “I do have private-sector income,” Suarez concluded. “So, in fairness, my mayoral salary is not 100% of my income. So it’s a part of my income I can do this type of investment with.”