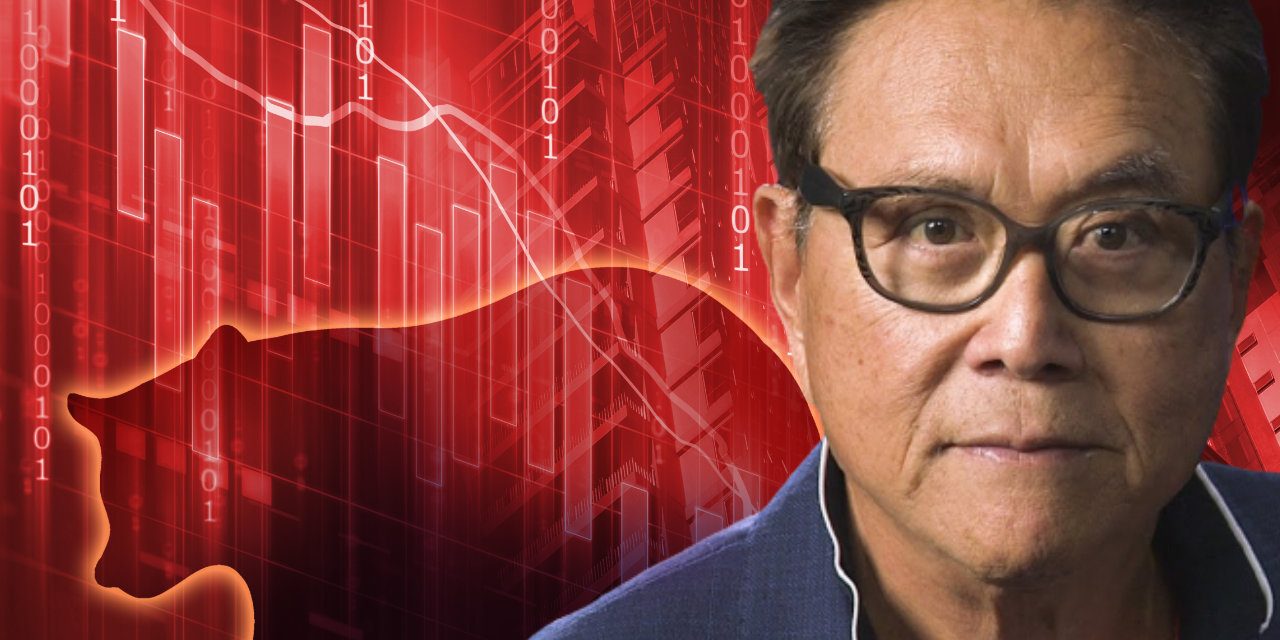 The author of the best-selling book Rich Dad Poor Dad, Robert Kiyosaki, says a crash and a depression are coming, predicting that “Gold, silver, bitcoin, real estate will crash too.” He added that he is getting ready to buy all four types of investments after the crash.

Robert Kiyosaki, the author of Rich Dad Poor Dad, has once again warned of an impending crash, followed by a depression. He expects several markets, including bitcoin, to crash.

Rich Dad Poor Dad is a 1997 book co-authored by Kiyosaki and Sharon Lechter. It has been on the New York Times Best Seller List for over six years. More than 32 million copies of the book have been sold in over 51 languages across more than 109 countries.

The best-selling author also made a prediction last week about the Biden administration. “Biden to step down soon,” he predicted. “Kamala [Harris] will become [the] first female president. This was [the] plan all along. Trump ruined Hillary’s ascension following Obama.”

The famous Rich Dad Poor Dad author has warned about a crash several times. In June, he said that the “biggest crash” in the world’s history is coming. In September, he reiterated his warning, expecting a “Giant stock market crash” in October. He then warned about the U.S. sliding into a depression.

Amid his gloomy predictions, Kiyosaki recommends buying bitcoin. In August, he said bitcoin is the investment with the greatest upside. In October, he said bitcoin has a “very bright” future. Last month, he revealed that he was buying more bitcoin and ether as inflation concerns intensified.

What do you think about Robert Kiyosaki’s advice? Let us know in the comments section below.