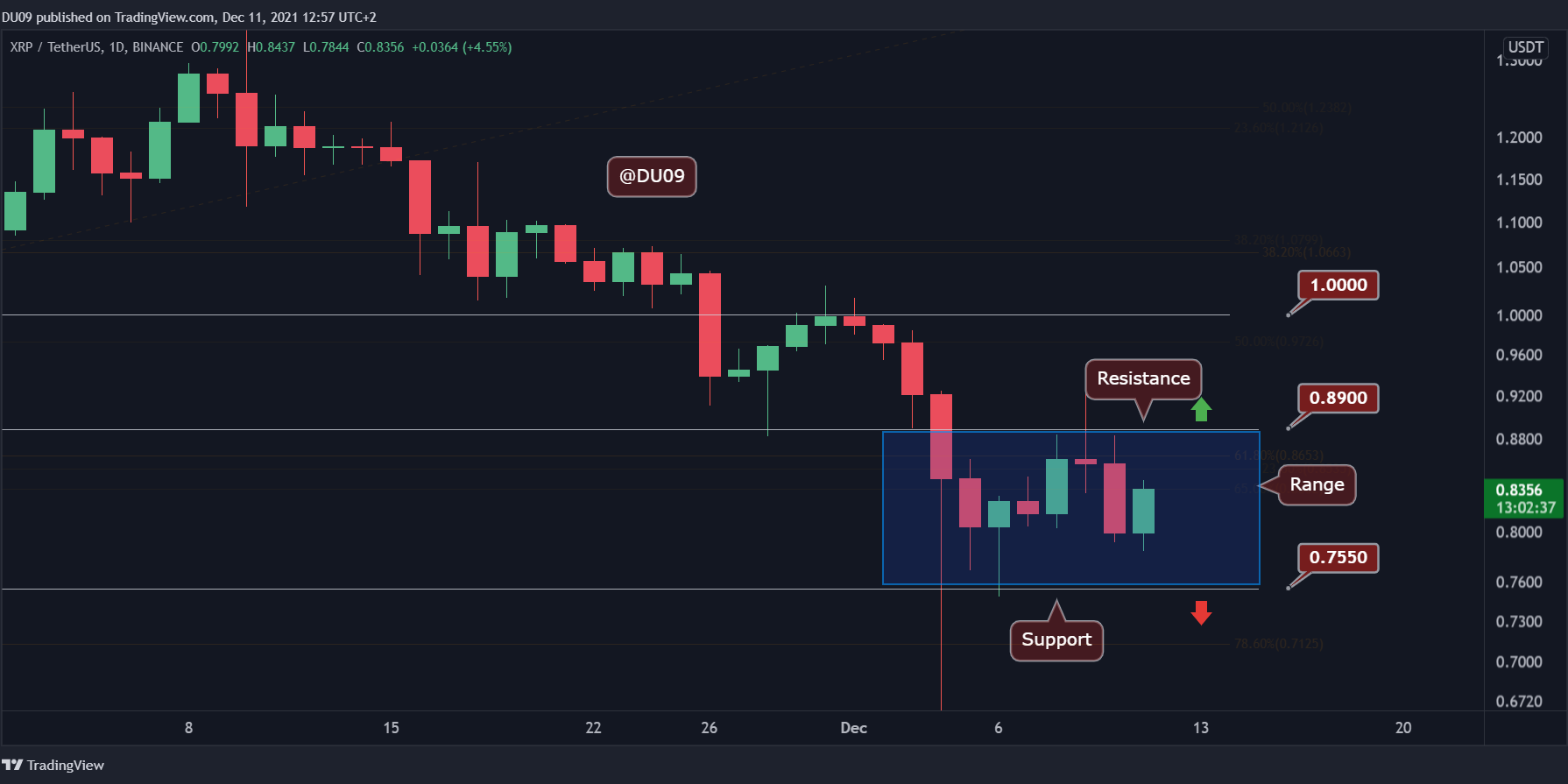 The bulls managed to stop the downtrend, at least for now, but they are not yet strong enough to attempt a breakout. For this reason, XRP’s price is consolidating between the key support ($0.75) and resistance ($0.89).

The first attempt to break above the key resistance last Thursday was rejected by bears, and the price continues to be stuck within a tight range. The longer XRP sits within this range, the more favorable the conditions will become for bulls to attempt another breakout.

Trading Volume: During the past week, the volume on daily red candles was always higher than on green ones. This shows bears have control of the price action, at least at this time.

RSI: The daily RSI is giving a bullish signal with higher lows after falling under 30 points in the oversold area during the December 4th crash. If this is maintained, it is only a matter of time until the bulls can try another break of the resistance.

MACD: The MACD moving averages on the daily timeframe have stopped falling and are curving back up. If they manage to complete a bullish crossover, then the momentum can shift in the bulls’ favor.

The current XRP bias is neutral. A break away from the current range is needed to change this bias.

The indicators give some early signs that XRP may decide to move higher in the near future. This will be confirmed if the price manages to break the key resistance at $0.89. At the time of this post, XRP is still consolidating between the key levels, and it may take a while before another breakout attempt.