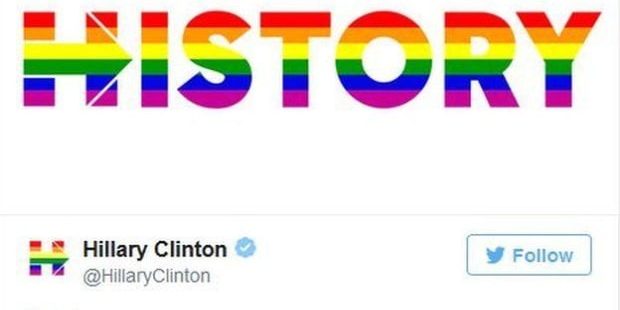 The incentive to vote for pro-bitcoin politicians is incredibly strong and will only grow over time.

Modern “single issues”: Gun rights, gay rights, marijuana, and environmental activists all have something in common: Each one has a dedicated group of passionate individuals who fight every day to push its agenda socially and politically. They do this by effectively pressuring corporations and politicians to show their support for their preferred movement. These groups are some of the more powerful “single-issue voter” blocs in modern American politics.

Single-issue voter blocs are groups of individuals who will vote for or against a candidate (or policy) solely based on how it impacts their preferred issue. These voters feel so strongly about their issue that they will disregard all other campaign issues in an all-out attempt to at the very least move the needle on their single issue by shifting the Overton window on the discussion and pushing for legislation that protects their position. Typically these groups are motivated by a desire to improve society by making ground on their preferred issue.

We see the power single-issue voter (SiV) blocs wield as corporations around the globe “go green” and politicians use rainbow flags to show their solidarity with the LGBTQ community. Often, single-issue voters are so effective at applying pressure that they gain broad public support and it is very common in political discourse for a single-issue to become so powerful that it dominates several election cycles. As the single-issue in question grows in popularity among voters, many “up and coming” candidates adopt it as a position, forcing the incumbents to move their position on the issue at hand or risk getting primaried or beaten in the general election. We have seen this happen with many issues but none more obvious than when presidential hopeful Hillary Clinton began changing her position on the issue of same-sex marriage. In 2013, after spending the last decade opposed to same-sex marriage Hillary began moving her position. After the 2015 SCOTUS decision to protect same-sex marriage Hillary did a full 180 on same-sex marriage by rebranding her entire Twitter profile with rainbow colors and tweeting the following👇

Perhaps Clinton changed her mind in light of new evidence or understanding, but perhaps she didn’t, and single-issue voters had just been so effective that nobody could run as a Democrat without voicing support for gay marriage. Perhaps single-issue voters persuaded her!

We have seen throughout American politics that candidates will often win or lose an election over a single issue. One reason is that average voters often evolve their positions very rapidly and long-time incumbents or career politicians can’t keep up, thus getting outflanked by up-and-coming candidates in their own party or from the opposing party.

How Bitcoiners Became A Voter Bloc

In August of 2021, Bitcoiners halted a $1.2 Trillion infrastructure bill in the most powerful deliberative body on the planet because of a single amendment. Unfortunately, we weren’t organized enough to prevent the amendment from making its way through Congress, but this moment was good for Bitcoin. It woke U.S.-based Bitcoiners up to the threat of weaponized legislation which could crush infrastructure (miners and nodes) and businesses that exist here in the U.S. The ensuing process quickly shifted many sat stackers from a defensive to an offensive approach in regards to politics. I and many other incredible Bitcoiners began finding ways to apply pressure on the political establishment, but what can be done to move the needle with our elected officials when it can take hundreds or even thousands of hours to fully grasp this new technology? Very few politicians (if any) will take the time necessary to understand Bitcoin. There are many other important issues for them to stay up to date on.

If we want to see change, it falls on us as single-issue voters to apply enough pressure so that candidates and elected officials are incentivized to accept popular pro-bitcoin positions in order for them to continue getting reelected.

Bitcoin is the ultimate single-issue voter bloc because it is unlike any singleissue voter bloc in history. Most SiVs fight for their chosen issue because they feel passionate about one thing, but Bitcoin has the unique ability to traverse many different issues and political ideologies. Many Bitcoiners believe that widespread Bitcoin adoption can fix a wide range of the world’s problems. The vast majority of bitcoiners see the biggest issues we face today as “downstream” from the money. We believe that by fixing the money we can make ground on many of the issues we care deeply about.

Today we are printing money out of thin air. The wealth gap is increasing, homes are further out of reach, wages and savings are being debased, censorship is increasing, cheap and unhealthy food is being pushed down our throats, our schools are crumbling, the middle class is being gutted, we are losing our hold on global reserve currency status, Big Pharma wants us to live on pills instead of finding a cure, our politics is as divided as ever, and all of these problems are only getting worse. By the very nature of being a Bitcoin single-issue voter, you believe you can have an impact on some or all of the obstacles listed above because the corrupt money system is at the core of many of the problems we face today.

Bitcoin voters are HEAVILY incentivized to vote for pro-Bitcoin candidates because they are voting in their self-interest while also being concerned with greater issues, such as the economy, jobs, equality, defending marginalized groups, national security, and public health.

The incentive to vote on the “single issue” of bitcoin is very powerful, regardless of party affiliation. While fighting to improve society and to protect Bitcoin businesses, you are also defending your personal wealth. Bitcoin bought your vote the moment you began storing your wealth in it. In fact, I have countless friends on the left that say they “agree with Ted Cruz and will delay any contributions to Elizabeth Warren” after she came out against Bitcoin. Interestingly enough, she walked her position back and has become less vocal on Bitcoin. Did single-issue voters have an impact? It’s difficult to come to any other conclusion.

Bitcoin has this unique ability to accomplish the goals of an extremely broad group of voters which means that Bitcoiners, as a constituency, will be able to encompass more voters than any single issue in history. In my years studying and working in politics I have never seen progressives, conservatives, republicans, democrats, the left and the right fight to ensure a single goal: PROTECT BITCOIN!

Future Of The Bitcoin Voter Bloc

Bitcoin will become the political issue of the decade and there is nothing anyone can do to stop it. Currently, ~17% of the American adult population owns bitcoin, and we have multiple senators and House of Representatives members who are avid defenders of this nascent sound money. This voter bloc is new, but growing with each halving cycle. What will happen when we get to 2%? Or even 5%? (Search “intransigent minority.”) The fight is only just beginning and the powerful influence of this voter bloc is quickly becoming apparent; and unlike other single-issue blocs, there is no voter base of opposition standing against bitcoin adoption. Gun rights, abortion, marijuana, you name it, they all have (or have had) large groups of supporters on either side of the issue (i.e., pro-life versus pro-choice). Bitcoin is different. It is wildly popular with the masses and has no direct opposition voter bloc. This is important because it allows us to be truly agnostic and blend into any coalition. All political races are made up of coalitions (groups of different voting blocs). Not all voting blocs get along with each other. Candidates and politicians have to make decisions on who to represent. They can’t be an advocate for conservatives while also being in favor of gun control. Likewise, they can’t be a champion of progressive ideals while opposing same-sex marriage. If they don’t align with their voter base they will risk losing the support of their core voters. Bitcoin as an issue is not opposed to any major party platform or political ideology. This will result in more politicians competing for our vote and could result in a consistent seat at the table regardless of the party in power.

By this time in the next presidential cycle, we will have moved through another Bitcoin halving and could be in the middle of another bull market that could take bitcoin’s price into the millions. Imagine how hard Americans will work to defend their bitcoin if it is 2500% more valuable than today. Imagine how hard the industry of exchanges, wallet providers, app developers, node operators, and miners will work to push back against anti-Bitcoin legislation.

With each halving, we will grow our wealth and grow the number of voters in this bloc. Bitcoin’s adoption is inevitable as well as its upwards price. There is a chance we will soon be the wealthiest and most influential voter bloc in U.S. history. They made a mistake trying to attack Bitcoin with the crypto-ax amendment. It has led to an outpouring of support for the Bitcoin political movement and because of this I am confident we can make America the best place to buy, sell, trade, earn, and mine bitcoin. The Bitcoin political fight in the U.S. has only just begun, but because Bitcoin is antifragile by design, any further attacks will only lead to more pushback from this nascent yet powerful constituency.

This is a guest post by Dennis Porter. Opinions expressed are entirely their own and do not necessarily reflect those of BTC, Inc. or Bitcoin Magazine.