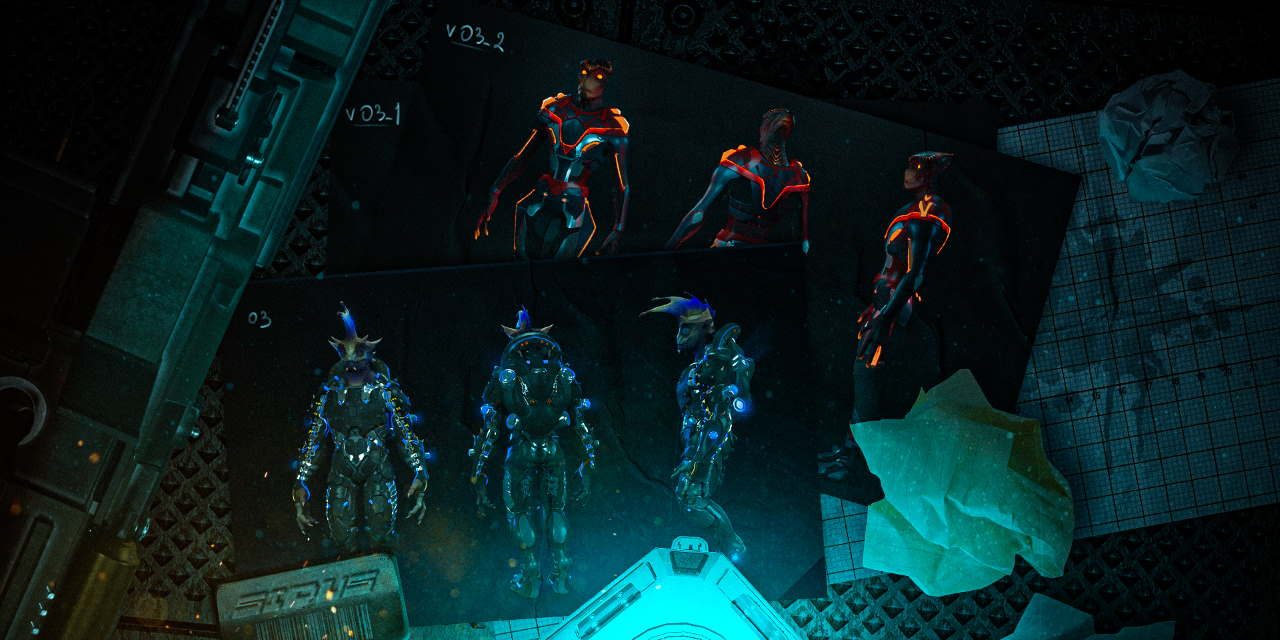 SIDUS HEROES is the first ever WebGL, AAA-level, Play-to-Earn, NFT and MMORPG game built by an experienced tech company with 200+ full-time employees and numerous successful projects under its belt. The game is set in a space metaverse at a time when technological advancements have reached the level of merging with all living beings. All characters belong to one of several blockchain races and embody that chain’s strongest attributes. The game provides users with multiple gaming scenarios: interstellar exploration, battles and settlements, as well as scope for political, social and economic development.

SIDUS HEROES utilizes a gaming graphics engine built on WebGL. The graphics engine enables unmatched HD rendering quality in compatible web browsers. Users don’t need to download any applications onto their PCs or phones, wait for the game to download, install updates or bother about storage. Players can simply enter the game’s URL and the game is restored from the metadata that’s held with their profile, stored on an NFT.

SIDUS is the result one of the biggest collaborations in the NFT space. Dozens of professionals from different domains and a large number of their supporters gathered round to support the idea.

The SIDUS HEROES gaming graphics engine is built on Babylon.js, a JavaScript cross-browser framework that uses WebGL APIs. The SIDUS team uses the capabilities of the framework to the max and couples it with uniquely designed materials and multi-stage cross-software pipelines for creating models.

On January 10th 2022, they will launch the closed SIDUS HEROES beta version. This version will only be available to holders of NFT Heroes NFTs from the Genesis collection.

On January 23rd 2022, they will release a public beta version of the game. At this point, the SIDUS HEROES game will be available to holders of NFTs from the Genesis and Academy collections. The sale of the Academy collection will be launched in the middle of December 2021.

In a world of players pampered and spoiled by professional game consoles, strong PCs, and state-of-the-art visual effects, I was already used to downloading random 100GB games from Steam without being utterly shocked. This is just the norm now. That’s why I couldn’t really believe what I was seeing here is a browser game.

Seriously? My memory of browser games was those tiny pixelated ones embedded in social feeds or low-resolution, simple card games (like poker). I went to the official website of SIDUS, clicked on that small “demo” tab, and the pre-alpha game demo was loaded, just like that. Although thanks to my weak laptop, it was loaded at a pathetic 15fps. But even then, it somehow still manages to look super impressive.

The demo was a short experience inside an alien spaceship or a power station, with metal structures all around. In the center of the space was a small arena. Metal bridges connect the outer rim to the central arena from different directions. Blue and yellow flashing lights from above reflect on the floor with moving shadows. The giant rotating wheel under the central arena reveals a strong power source beneath. All of this is presented from a simple browser tab, which is truly unbelievable.

During the brief demo, I was able to move my character around in the space, collected a fellow team member on the side, allocated altogether 12 stat points in four areas (strength, stamina, agility, and perception), and initiated a 2v2 battle with two other alien soldiers in the arena.

I was amazed by the gorgeous and gallant style of the SIDUS: NFT Heroes collection. Each one of them looks like Klimt’s world-famous painting, “The Kiss,” with bright, contrasting colors, bizarre yet powerful outfits with lots of details and mixed textures, and the backdrop of a totally alien planet full of mystery and temptation. These are the types of NFT illustrations I feel like framing and hanging on my workplace wall. Excited to get one for myself, I clicked over to Opensea and saw the price tag — already too rich for my blood.

The original SIDUS: NFT Heroes collection consists of 6,000 unique characters. Apparently, I had already missed that. It’s fun to see that the heroes on display all hold a Spock-style “live long and prosper” hand gesture (albeit with the left hand). I personally like this style very much. It’s a combination of the sharpness of science fiction and the softness of a canvas painting, which make the characters look like (very expensive) superhero comics.

Without a doubt, the designers of the NFT heroes invested extravagantly in the variation and customization of characters. On OpenSea, The SIDUS: NFT Heroes have as many as 13 traits to make each one as unique as possible. That’s why when I scrolled down the long list of heroes, I didn’t get any repetitive feeling as if they were mass-produced, template-generated characters.

Among the 13 traits, background alone has 133 different options, clothes offer 152 choices, planet provides 102 variations, and even for the skin, there are 262 alternatives. This unusual amount of traits and options largely contributes to the richness of each character: from a six-eyed alien man with wings and feathers, holding a purple crystal and standing on a velvet planet of high-rise skyscrapers, to a blue skull-faced alien woman with a toxic spider clinging to her helmet, and a mysterious rosy potion in her hand, standing on a golden-reddish desert planet with meteors falling from the night sky.

The background settings of the heroes are hilarious: residents of the independent city of Sidus from 12 blockchain planetary systems: Bitcoione, Etheredus, Binaxima Sentauri Cybele, Solantrum, Avalanya, Polygopus, Huoris Helvetios, Polkacyon, Cardaggar, Tronguan, Ripplatan Centricus, and Cosmernicus. The names alone already demonstrate the solidarity and diversity of the blockchain game metaverse. I actually went through the entire list of planetary systems just to check if there is a blockchain planetary system called “Dogeconia”. If there were, I wanted to make sure to visit it in the game.

From the website, I can see that there are many types of actions that I can take with my (future) hero, including building my team, battling with peers, fighting in a league, getting involved in politics in a guild, farming, trading, and even raising pets. But what attracts me the most is exploring the metaverse: traveling through the universe, visiting different star systems, and getting to know their cultures. I guess every player will find their own interests and fun in a diverse metaverse game like this. And I hope the one-on-one duel will not kill a character — after all, each one is worth a small fortune.

Now I’m very excited for the game release in January and the launch of Academy collection.

Learn how to reach our audience here. Read disclaimer below.