Bitcoin Company NYDIG Raises $1B At $7B Valuation 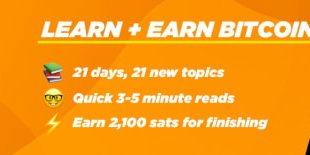 NYDIG aims to be the leading provider of Bitcoin services in “any industry,” according to its CEO.

NYDIG has raised $1 billion in a new funding round led by growth equity firm WestCap, valuing the company at a whopping $7 billion, the company said in a statement Tuesday.

“Our roster of partnerships and strategic investors lays the foundation for NYDIG to become the leading provider of Bitcoin solutions for businesses in any industry, and this new equity capital will further accelerate progress towards making this exciting network accessible – and useful – to all,” said Robert Gutmann, co-founder and CEO of NYDIG, in a statement.

NYDIG said it would leverage the capital raised to develop its Bitcoin platform further, adding recent upgrades to the Bitcoin protocol and support for Lightning payments. In addition to new developments in its product line, the company said it also seeks to expand its team with new hires.

“NYDIG plays a unique role in the industry, empowering companies of all types to incorporate Bitcoin in a secure and compliant way,” Scott Ganeles, partner at WestCap, said in a statement. “We are proud to partner with Robby and his outstanding NYDIG team as they forge new paths to accessibility and further accelerate Bitcoin adoption.”

NYDIG provides institutions with tailored bitcoin solutions through its full-stack Bitcoin platform. This year, the company has enabled the Houston Rockets to integrate Bitcoin services and the first U.S. public pension fund to invest in BTC. Other recent partnerships include digital banking platform Q2, which has already borne fruit, and bitcoin mining pool MaraPool.