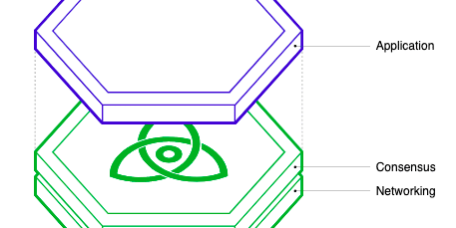 Due to the steady development and popularization of the ideas of the cryptocurrency community, the modern crypto market is constantly in need of new technical and conceptual solutions that could improve user interaction with crypto. One of these projects is the Cosmos network and its internal digital coin ATOM

Cosmos is an ecosystem made up of blockchains that can interact with each other. Until its creation, each blockchain was isolated and could not intersect with the rest of bullish on-chain metrics. Besides, it was difficult to achieve high transaction speed. However, Cosmos offers a new technological vision.

In Cosmos, the blockchains work as independent parallels, powered by the Byzantine Fault Tolerance (BFT) algorithm. The whole system operates on the Tendermint consensus, created by Jae Kwon in 2014. Cosmos creates an ecosystem of blockchains that can scale and interoperate.

In a few words, Byzantine Fault Tolerance (BFT) is a property of a system capable of withstanding a class of failures arising from the Problems of Byzantine Generals. This means that the BFT system can continue to work even if some of the nodes are down or acting maliciously.

Scalability is an essential feature of any project aimed at supporting future application development. Cosmos’ intention is to increase its scalability using other various compatible networks connected through zones. These zones operate in parallel to increase transaction throughput. Each zone has its register, agreement protocol, and primary language.

The PoS method is based on a set of semi-trusted nodes for voting by blocks. As long as more than a quarter of the voting nodes are honest, the protocol will work without any problems. Consensus nodes need to provide a share of ATOM tokens as collateral. Any node that finds that it is acting with malicious intent will be deleted from the system, and its ATOMs will be burned.

Validators, running on cross-chain bridges, are synchronized with the central Cosmos Hub. However, they also launch a full node on the opposite blockchain on the other side of the bridge to confirm that the corresponding amount has been fixed. Original tokens are blocked in a scenario with several signatures until the bridge verification tool unlocks them. Accordingly, it destroys the tokens in the cross-chain. This approach allows users to transfer digital assets in different chains.

ATOM is a native cryptocurrency used to pay transaction fees at the Cosmos main center and participate in the consensus process.

Cosmos is a decentralized network connecting independent blockchains to ensure interaction between them. The network operates on the Tendermint consensus algorithm, and the developers position it as an “Internet of blockchains.” On August 18, ATOM’s price increased by 25% from $15 to $20 after the launch of the DeFi firewall interface called Emeris.

At the end of August, Cosmos developers launched a “bridge” to the Ethereum network. Integration of Sifchain, a decentralized exchange (DEX) on Cosmos network, with the Inter-Blockchain Communication (IBC) protocol allowed to conduct trade transactions between Cosmos and Ethereum networks for the first time.

ATOM/USD stopped the climb on September 14, retreating to the previous all-time high support level of $32.5, with several days of consolidation around the price area. On September 16, the Cosmos price made another push higher, establishing a new low peak as bulls were not yet ready to go any further.

On the other hand, the ATOM coin has continued to rise since August 23. It pushed through several obstacles before finally breaking out of a short-term consolidation range at the beginning of September. The ATOM project cryptocurrency exchange rate subsequently passed the $40 mark, establishing a new all-time maximum price of $44.42 on September 20. ​

If you are looking for the best place to buy some ATOM coins you should choose an instant crypto exchange Changelly. Here, you can easily get Cosmos or any other of 200+ digital assets available at Changelly. Moreover, our users are able to buy and sell digital coins with a credit or debit card in just a few clicks.

It is risky to write a forecast for the ATOM cryptocurrency, just like for any other digital asset — the crypto market is too unpredictable. However, some take risks and voice their options. Whether they coincide with reality or not is another question.

According to Wallet Investor and Digital Coin Price, the ATOM rate will continue gaining profit in a matter of a year. By the end of 2021, it might reach almost $30 making it 33% of potential growth. Gov. Capital price forecast is not more bullish than others since it predicts that the price of ATOM might reach $29

Many experts who reason practically and do not take risks every minute advise if you invest in Cosmos, then not too much. In addition, they remind us of the fact that such investments should be perceived as long-term. There will be no quick profit in this case. And of course, ATOM’s prospects will be affected not only by the development of the project itself but also by the state of the cryptocurrency market as a whole. Changelly encourages all users to do their own research before investing in cryptocurrencies.

Cosmos Price Forecast by the End of 2021

There is no doubt that Cosmos is a promising and prospective project. However, Cosmos price predictions shown below should not be suggested as the only scenario. The cryptocurrency market is highly volatile, so do your research before investing in any asset.

At the end of December 2021, the price of Cosmos is projected to be approximately at the minimum level of $21.3. The Cosmos price value could reach a maximum of $30 with an average trading value of $25.31.

According to most price forecasts for the ATOM cryptocurrency, in 2022, the ATOM future price may be around $17, which is a clear bearish trend. The average Cosmos price will be equal to the current price only by the end of 2022.

It is expected that the ATOM price will cross the average price level of $85.79 in 2023. The expected minimum value of the Cosmos price by the end of this year should be $83.54. In addition, ATOM could reach a maximum price level of $95.13.

According to the forecasted price and technical analysis of Cosmos, in 2024, it is expected that the ATOM price will cross the average price level of $177.59; the expected minimum value of the Cosmos price by the end of the year should be $171.30. Moreover, ATOM can reach the maximum price level of $213.70.

According to the Cosmos price forecast by Cryptonewsz.com, the next four years could bring a significant increase in the average Cosmos (ATOM) price. Considering the current rate’s changing, the experts claim the Cosmos network coin could reach the level of $50.79 by the end of 2025. However, as stated by another crypto analytical resource, Digital Coin Price, the expected maximum price of Cosmos coin might reach a mark of $60 in the following four years.

What could be the reason for Cosmos’ cryptocurrency price growth in the long-term perspective? Let’s be clear: Cosmos is another smart contract platform. One might call it “another Ethereum.” However, its architecture is brilliant from a technical point of view. The main advantage of Cosmos is its superior and easy-to-use software development kit. With all of these things, the project’s main goal is to reach enormous scalability.

If the developers make high scalability happen, Cosmos’ price might jump to the moon, as developers might shift to this project from Ethereum. Time will tell.

You can always exchange your coins and tokens to ATOM on Changelly or instantly buy Cosmos cryptocurrency with a credit card (Visa, Mastercard), bank transfer, and Apple Pay.

Is Cosmos a good investment?

Cosmos is an awe-inspiring project with good plans for the future. The network’s native token, ATOM, has a high probability of surpassing its current all-time high.

Is Cosmos built on Ethereum?

How high can Cosmos go?

The average Cosmos exchange rate could reach $35.31 by the end of this year. If we outline a five-year plan, we consider that the coin has all chances to reach the $160.49 mark.

Does Cosmos have smart contracts?

With Solidity usage, it is possible to develop smart contracts that will work in the Cosmos blockchain.