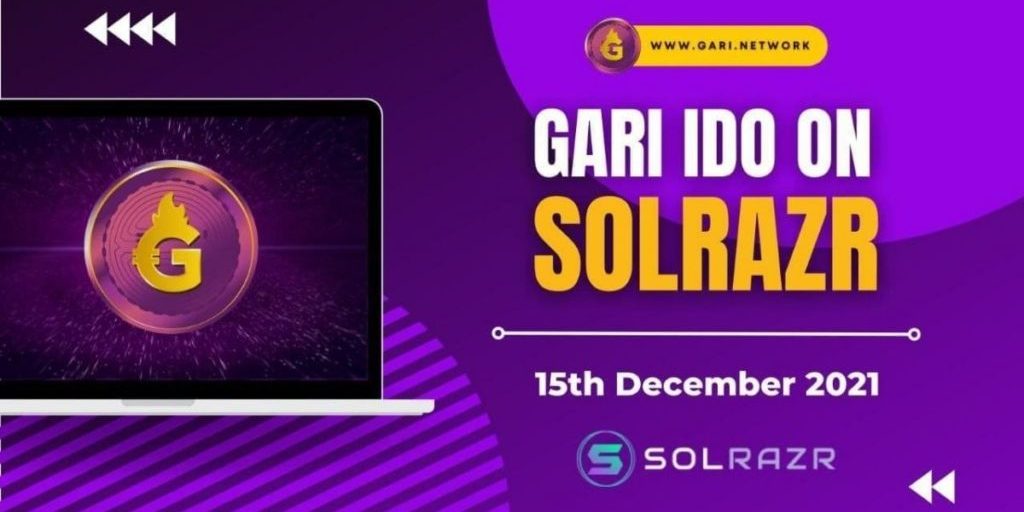 Short video app, Chingari, has announced that the Initial DEX Offering (IDO) for its $GARI token will be launched on SolRazr, the first decentralized developer platform ecosystem for Solana.

Founded in November 2018, the Bengaluru-based Chingari app has emerged as a prominent competitor of Instagram Reels, Moj, MX TakaTak, Sharechat, and other similar apps. Since the platform’s redesign in 2020, Chingari has successfully filled the vacuum created by TikTok’s ban in India. Currently, it is the second most-used social media platform in India, following just short of Instagram Reels.

The much anticipated $GARI IDO follows a string of successful events, including the $GARI token live sale on the Republic platform last month. In this event, Chingari set a new record by raising $12.3 million within 24 hours of listing. The Chingari team had also raised $19 million in funding from more than 30 venture capital firms earlier this year. As such, the Chingari team expects to raise $16 million from the $GARI IDO on SolRazr. If achieved, it will set the record for the most considerable amount raised through a decentralized launchpad.

An Eventful Year Leading To A Highly-Anticipated IDO

2021 has been highly eventful for the Chingari team. Not only has the platform shattered several records in terms of active users and total downloads in India, but it has also established itself as the first Web3 social media network in India to issue its native crypto token.

Chingari’s growth trajectory is impressive. The platform boasts more than 32 million active users and over 90 million downloads. With such stellar performance, the Chingari team is confident that the $GARI IDO will help it cement its position as India’s fastest growing “Social Token App.”

Besides supporting content creators through the platform by rewarding them with $GARI tokens, Chingari users can download and upload short videos and browse artist merchandise available for purchase within the app, among other community-centric activities designed to reward contributors ultimately.

On the explosive growth of the platform in India, Tariq Wali, Chief Technology Officer at Chingari, notes, “The internet was the closest innovation to what’s happening in the crypto world now – the society moving to a world powered by cryptographic truth through the advancement of web 3.0. Paradigm shifts like this happen once in centuries.”