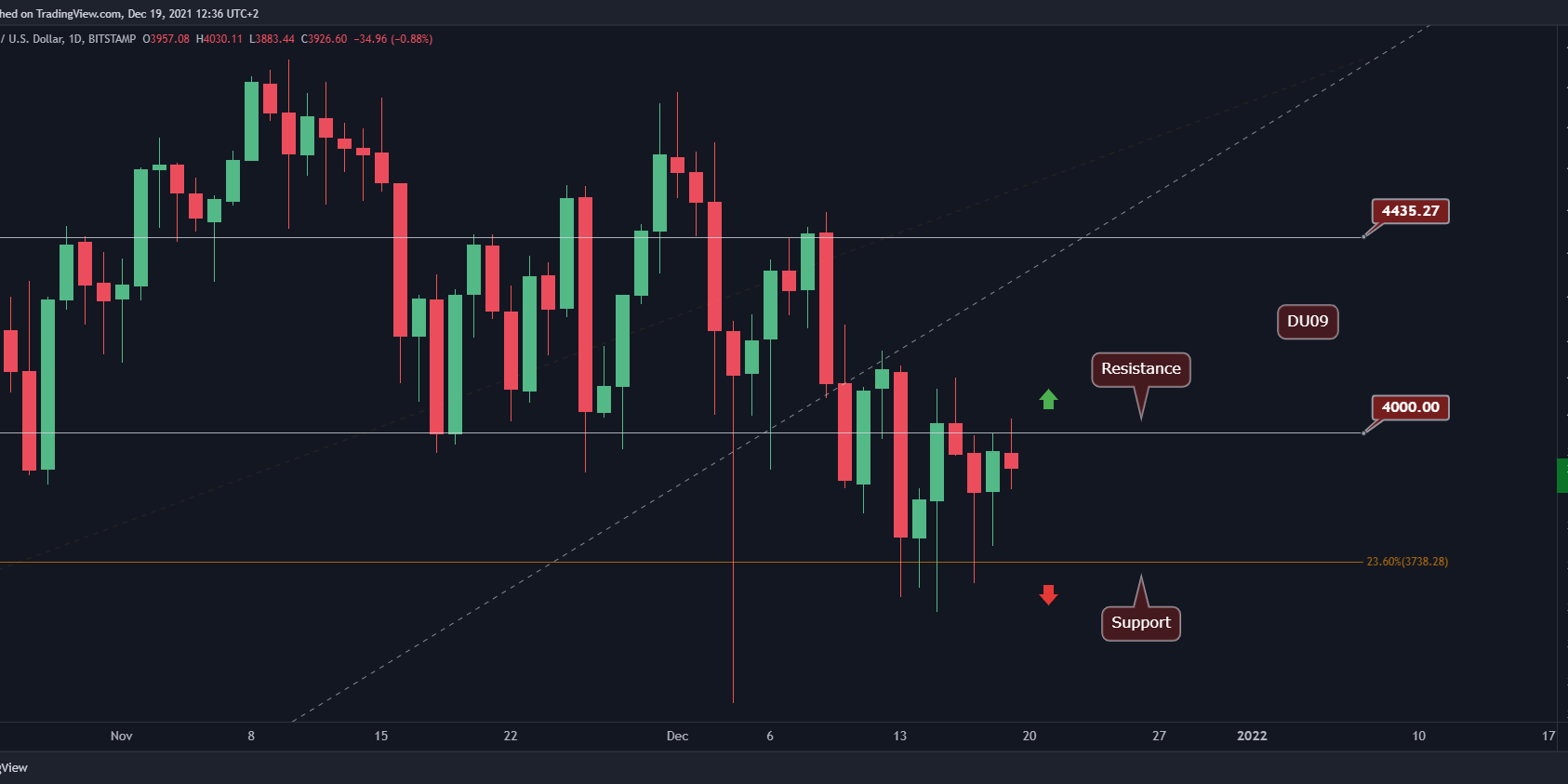 On Saturday, bulls made another attempt to push the ETH price above $4,000 with no success. After ETH had broken below $4K, the latter turned into the main question for deciding Ethereum’s short-term future.

ETH is attempting to stop the downtrend and curved up above the support at $3,700, creating long wicks to the downside over the past week (this shows that there is demand at lower levels).

Yesterday, ETH tried to pierce through the $4,000 support turned resistance, but this attempt was quickly rejected. The recent price actions shows an eagerness to return above $4,000, which remains the key level for ETH.

Trading Volume: Volume has remained constant. This may be “the calm before the storm” and might signal a huge price move (to either side).

RSI: The daily RSI is flat, but did manage to make a higher low last week. However, the bullish momentum is simply not there to succeed in making a significant move out of the current consolidation area.

MACD: The daily MACD is curving up and the histogram is making higher lows. If this is maintained in the coming week, then MACD may perform a bullish crossover. This can be delayed if ETH is sharply rejected again by the $4,000 key resistance.

The bias for ETH is neutral. Neither the buyers or sellers have the upper hand, thus ETH found an equilibrium just above $3,700.

ETH appears to be in a crux, or amid a decision point. The resolution of the current price action will likely lead to a violent explosion in volume as ETH breaks away from the current support or resistance consolidation levels. Until that happens, expect to see ETH just around the $4,000 mark.