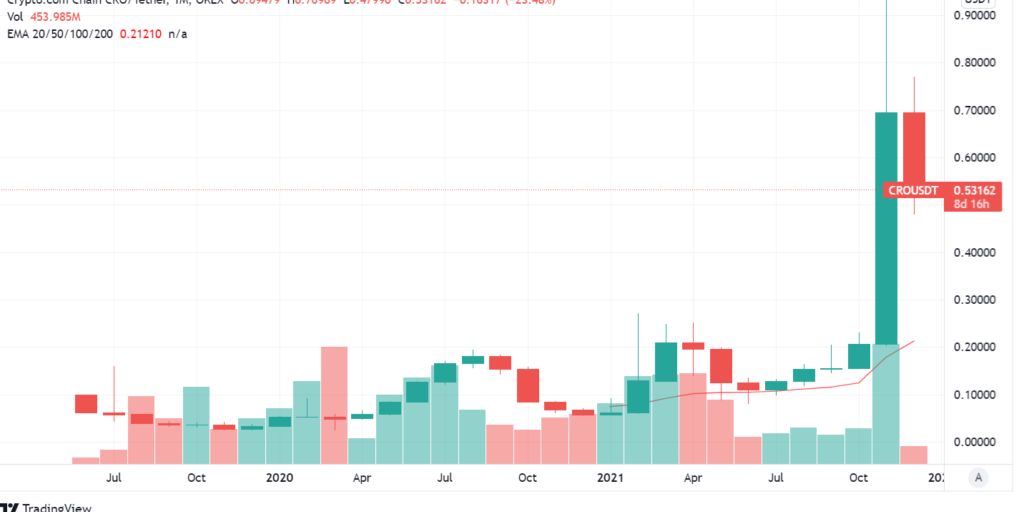 Crypto.com isn’t stopping in its ambitions to expand inside the United States and has decided to close the year with a major publicity stunt.

The third-largest exchange in the ecosystem, according to Coingecko data, will have a privileged space on all US TV screens in two months, after having purchased an advertising space in the renowned Super Bowl – the country’s most important American football competition – to be held in February 2022.

The Super Bowl is Just “One More Step” for Crypto.com

There is no concrete information on how much Crypto.com paid for its ad space, but according to information provided by The Wall Street Journal, NBCUniversal, part of Comcast Corp., is selling 30 seconds of ad space during the game for about $6.5 million – $1 million more than last year’s asking cost.

This isn’t by far the company’s most ambitious play. In mid-November, Crypto.com paid $700 million for the naming rights to Staples Center Stadium. Now, the name of the official stadium of the LA Lakers basketball team is Crypto.Com Arena. Previously, FTX bought the naming rights to the Miami Heats’ stadium.

In addition to the NHL and NBA, Crypto.com has sponsored the Coppa Italia, the Conmebol, the Paris Saint-Germain, the Formula 1, and even the UFC.

“Crypto genuinely is for everybody. Going into different sports just allows me to reach everybody where they are. Super Bowl is just one more step into that, where it’s as mass as you get.”

The Cost of Greatness

Crypto.com’s expansive strategy has paid off. In 2021, the exchange’s native token, CRO, grew more than 1600% from the beginning of the year to its ATH in November.

And getting more specific, November’s monthly candlestick marked the largest bullish movement since the token’s launch, all spurred in large part by the acquisition of the Staples Center rights coupled with a slew of favorable announcements – and a general market price recovery trend.

But beyond the price of a token, Crypto.com’s business model is growing in a big way; in fact, Crypto.Com CEO has his sights set on reaching the Top 20 of the world’s biggest commercial brands within the next 5 years, competing directly with companies of the caliber of Apple and Nike.

And if paying $6 million for a 30-second ad contributes to this goal, so be it.