IOTA Staking is Coming! So you can now stake your MIOTA tokens! 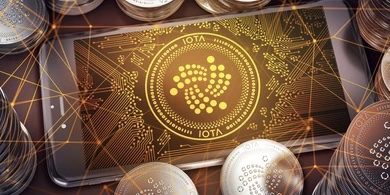 Yesterday the IOTA Foundation announced: staking in the popular cryptocurrency is starting! Since December 21st, MIOTA token holders can start the pre-staking process and receive the first rewards after one week. Here you can find out everything you need to know about IOTA staking.

The cryptocurrency IOTA was one of the big stars during the bull market in 2017. In the following years, however, the network became quieter. The great expectations of the “Internet of Things”, which were met through major partnerships with, among others, the Bosch company, could never be fully met. So the value of the MIOTA Coins could never match those times.

However, IOTA still has an extremely large fan base. These fans now see themselves confirmed that the IOTA Foundation has now taken an important development step and is now introducing IOTA staking. This is intended to increase the adaptation of the recently introduced Shimmer and Assembly networks.

How does IOTA staking work?

IOTA provides for a token drop. Shimmer tokens (SMR) and assembly tokens (ASMB) are paid out to IOTA users after a staking phase. This token drop has 2 phases:

– a pre-staking phase: the IOTA token holders should transfer their MIOTA to the Firefly wallet.

– a staking phase: by staking their tokens, they create SMR and AMSB tokens. Upon reaching certain staking goals, they can receive the airdrop.

The pre-staking phase began on December 21st and lasts for a week through December 28th. The actual staking then takes 90 days.

How can you take part in the Token drop promotion?

In order to take part in the IOTA campaign and stake the new network tokens, you must first purchase MIOTA tokens on an exchange. You can purchase MIOTA on Binance,  Coinbase,  Kraken, and  Bitfinex.

Then you follow the above instructions from IOTA. Get the in-house Firefly Wallet and start pre-staking! Then provide enough tokens so that you meet the requirements to receive the staking rewards!

The post IOTA Staking is Coming! So you can now stake your MIOTA tokens! appeared first on CryptoTicker.