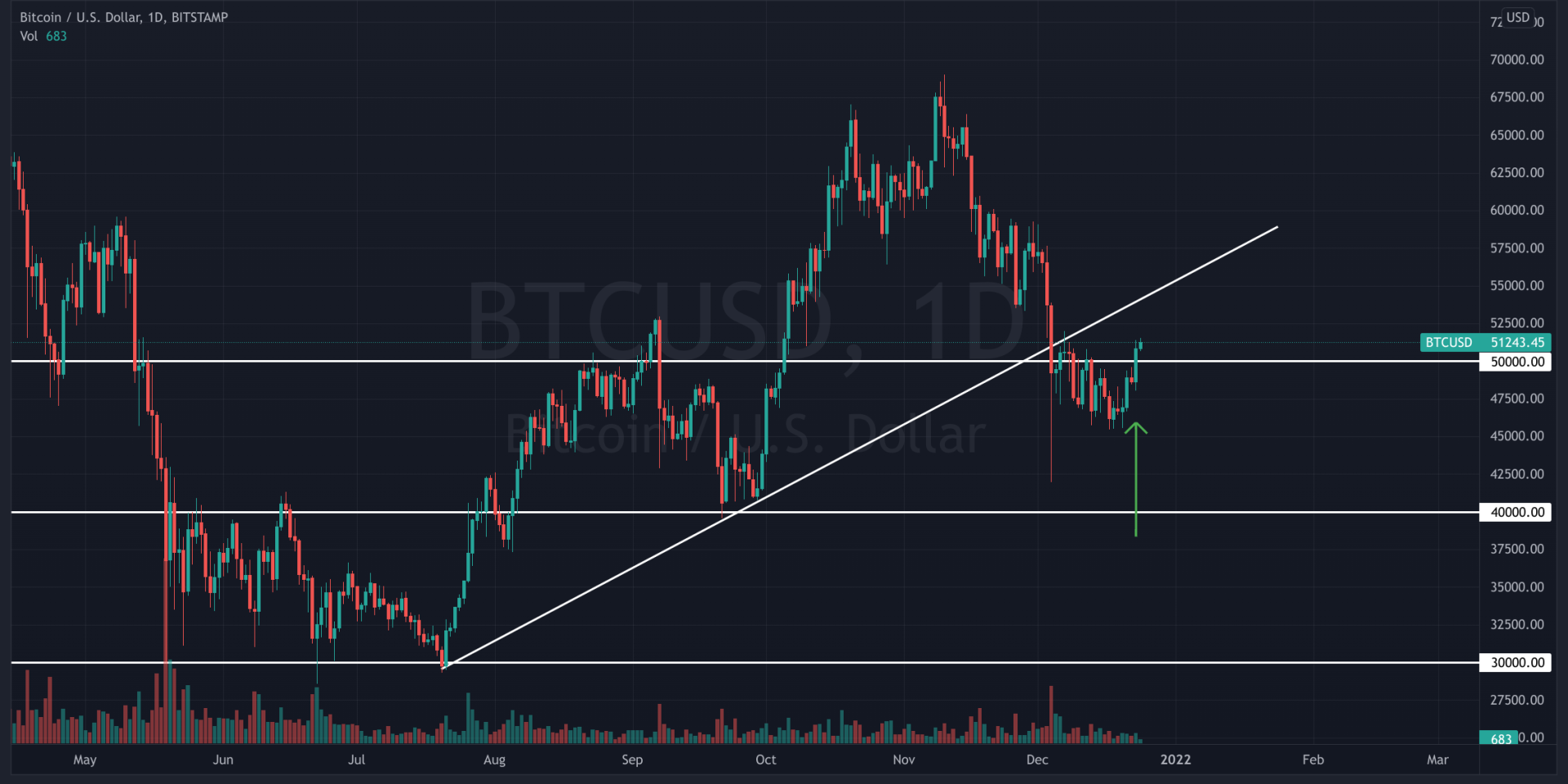 The Bitcoin Price broke the $ 50,000 mark for the first time in a week. The price has been around $ 46,000 in the last few days. The surge could be a harbinger of new Bitcoin rallies. Because the first quarter of 2022 could make up for the lack of price explosions of the last 2 months.

In the last few days, the Bitcoin price fluctuated again and again between 46,000 and 47,000 dollars. The price tested the lower resistance several times. Had that resistance been broken, Bitcoin could have plunged as low as $ 40,000. But now the bottom of the major market correction seems to have been reached.

As early as Tuesday we saw the price rise to as much as $ 49,000. The price stabilized for a day before rising to over $ 50,000 on Thursday. This brought about a small rally that was already predicted due to the stable lower resistance at $ 46,000.

A prerequisite for this to happen is that we should have exceeded $ 50,000 again by Christmas. This requirement was just met!

Now we hope that the breakthrough will trigger strong support that can bring the Bitcoin price close to $ 60,000. We only have one week left until the end of the year, but a strong increase in value in a short period of time does not seem to be ruled out. The fundamental data of the Bitcoin blockchain are excellent at the moment and suggest that the coin is undervalued.

The first quarter of 2022 could now be the time when we see a parabolic rise in the Bitcoin price. This final run already took place in 2013 and 2017. However, at that time the fourth quarter was the time of major price increases. This run could have been postponed in the current cycle.

Every Bitcoin cycle is different. This statement led some bearish investors to proclaim the $ 68,000 from November as a Bitcoin price peak. So we are already at the beginning of the long-term bear market. Bitcoin fundamentals and the price chart do not suggest this. A longer cycle, on the other hand, seems more likely. So the big run could begin in January.