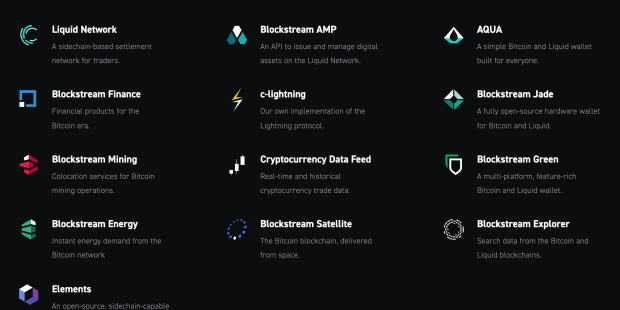 The team at Bitcoin infrastructure company Blockstream reflects on its exceptional growth in 2021, which mirrored Bitcoin’s own.

2021 was a tremendous year for Blockstream and the Bitcoin ecosystem in general. Thanks to our talented and dedicated team of Bitcoiners, we continue to be at the vanguard of many of the industry’s most influential and cutting-edge projects.

In the spirit of the new year, we wanted to reflect on some of our most ambitious undertakings in 2021 their impact, and where they currently stand.

This year, bitcoin achieved new highs, became legal tender on a nation-state level and reached another leg up in its quest for worldwide adoption. We at Blockstream had a similar breakout year, with the successful close of $210 million as part of our series B financing on a valuation of $3.2 billion, officially reaching unicorn status.

The acquisitions of Adamant Capital and Spondoolies helped further our mission of building financial infrastructure on Bitcoin by spawning several new initiatives, including our new ASICs division that will launch the industry’s first enterprise-grade miner and the introduction of Blockstream Finance that is serving as an on-ramp for Bitcoin-focused financial products like the Blockstream Mining Note.

We continue to integrate Bitcoin Layer 2 solutions like the Lightning Network and the Liquid sidechain, farther into the Blockstream product and service suite (i.e., Elements, Green, AQUA, Jade, Satellite, c-lightning), all free and open to developers.

During the first half of 2021, our Blockstream Mining division scaled at an impressive pace, signing high-profile clients to colocation services and announcing a slew of partnerships focused on alternative energy solutions. The most notable were collaborations with Macquarie to pilot a carbon-neutral Bitcoin mining facility and with Square (now Block) to develop a $5 million open-source, solar-powered Bitcoin mine in the U.S.

Ultimately, the Macquarie and Block mining facilities will demonstrate how we can incentivize the creation of more zero-emission power infrastructure through Bitcoin’s innovative proof of work and help drive the transition to cleaner energy. Contrary to the mainstream narrative surrounding Bitcoin and energy use, we believe it can provide a market-oriented solution to many of the energy sector’s problems today. For example, hundreds of thousands of megawatts of electricity go unused and wasted in West Texas alone. Bitcoin fixes this.

We believe in being part of the solution, so we launched a new service, Blockstream Energy, which leverages our modular mining units (MMUs) with Blockstream Satellite to deliver scalable energy demand to power producers. The service is able to tap stranded and otherwise wasted energy to maximize energy production efficiency and, in turn, improve the economics of renewable projects around the world.

Layering functionality and complexity on top of a minimal base layer allows Bitcoin to remain a decentralized form of hard money. In 2021, BTC capacity and the number of payment channels on the Lightning Network have more than tripled year-over-year, laying the groundwork for the wide-scale use of P2P payments on Bitcoin’s second layer. We expect the rapid adoption of Lightning and other Layer 2 protocols to compound in the near future, especially as nation states like El Salvador rely on them to onboard their citizens to the new Bitcoin economy.

We believe our Greenlight service and other Lightning infrastructure projects will play an integral part in meeting the scaling and onboarding demands of hyperbitcoinization. Greenlight, in particular, allows everyday citizens and small businesses to easily access the Lightning Network without having to run a node themselves and do so without handing over custody to their private keys and funds.

Low cost, on-demand node management will also help streamline the development and innovation of Lightning-enabled apps by removing technical barriers. Apps such as Sphinx and Lastbit are already running Greenlight, and we expect a further rollout to the general public in 2022.

c-lightning remained an innovator and leader in the space, from opening the first dual-funded channel to decentralizing the liquidity offering landscape to simplifying payment routing for Lightning app developers. One of the hallmarks of c-lighting is its rich set of features and plugins, many of them BOLT12 specifications, which allows users and developers to experiment firsthand with new Lightning tools not available or widely used in the ecosystem. And with the recent introduction of PeerSwap, an atomic swap plugin for nodes that allows on-chain channel rebalancing for a faster, cheaper, more reliable network, the Lightning Network is poised for another leg up in the coming year.

Last year, the Liquid Network saw impressive ecosystem growth through a wide range of trading venues, wallet providers and integrations that leveraged the sidechain, including Hodl Hodl, SideSwap, TDEX, WooCommerce, Specter Wallet and many others.

2021 was also the year Liquid became the platform of choice for companies and, yes, even nation states seeking secure asset issuance on Bitcoin.

In September, El Salvador made bitcoin legal tender and rolled out a nationally-sponsored Lightning Network wallet to onboard its citizenry. A few months later, on stage at Feel The Bit, El Salvador President Nayib Bukele, alongside Blockstream CSO Samson Mow, proposed a $1 billion bitcoin-backed bond (EBB1) tokenized on the Liquid Network to expand the country’s energy and Bitcoin mining infrastructure.

Like its Bitcoin law, El Salvador’s planned digital securities law will pave the way for additional bitcoin-backed financial instruments and create new markets and exchanges for investors to trade security tokens on.

Our Blockstream Mining Note, launched in July, is a Luxembourg-regulated security that offers investors exposure to Bitcoin hash rate at our mining facilities. Through seven tranches, it has raised a total of €33.5 million (about $38 million) and mined nearly 2.5 BTC per BMN in 170 days.

As a tradeable security token issued on Liquid and managed using our asset platform Blockstream AMP, investors can easily adjust their exposure by trading the BMN on secondary markets or peer to peer. From a Bitcoiner perspective, the BMN creates a win-win for investors and the broader ecosystem by expanding investor participation in Bitcoin’s proof of work.

Going forward, we are optimistic about the mainstream adoption of security tokens, their further regulatory clarity and their subsequent reformation of capital markets. The BMN, the EXO token, and other Liquid security tokens are slated for release on new STO platforms Bitfinex Securities and MERJ Exchange, and the EBB1 is expected as early as Q1 2022.

Note: As the El Salvador Bitcoin Bond (EBB1) proposal matures and gets fine tuned, Blockstream will remain a technical consultant, with Bitfinex as bookmaker taking on the primary duties of distribution and issuance.

We are now nearly 13 years forward from Bitcoin’s genesis block and more than four years from the activation of SegWit. Looking back over the years is a humbling reminder of how far Bitcoin has come and the incredible pace at which we are moving closer to hyperbitcoinization.

We want to sincerely thank the community and each Bitcoiner for their unwavering belief in a better future.

With your support, we look forward to continuing our company mission of building out innovative Bitcoin infrastructure, with Layer 2 solutions Lightning and Liquid as cornerstones of the new Bitcoin economy.

This is a guest post by Fernando Nikolic. Opinions expressed are entirely their own and do not necessarily reflect those of BTC Inc or Bitcoin Magazine.