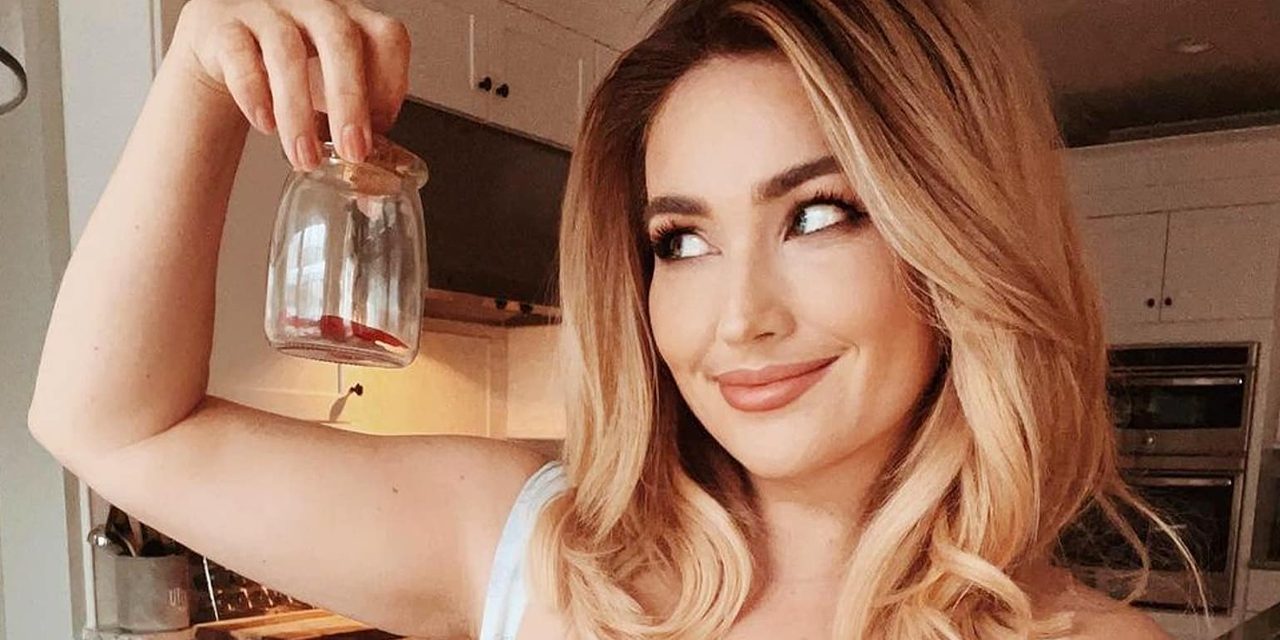 Just recently the reality star, American Youtuber, and Tiktoker Stephanie Matto made international headlines after raising $200K from selling her farts contained in mason jars online. After Matto had to go to the hospital and after a doctor told her the farting idea was causing her to get hospitalized, she’s decided to sell her fart jars as non-fungible token (NFT) collectibles.

The Youtuber and Tiktoker Stephanie Matto chose an interesting career choice when she decided to sell her farts in mason jars to paying customers online. The wind-breaking entrepreneur managed to acquire $200,000 for her mason jarred farts, but the idea was taking a physical toll on her body. That’s according to a doctor who told her the farting idea was an issue after Matto was recently hospitalized. In order to be more conscious of her body, Matto is now leaning on blockchain technology to continue her fart-selling career.

Matto, the former reality star of TLC’s “90 Day Fiancé,” decided to launch fartjarsnft.com and sell her work in the form of non-fungible token (NFT) assets. The website launched last Wednesday and to mint a Fart Jar NFT, it costs 0.05 ETH or roughly $155 per NFT at the time of publication. “Imagine the smell,” the website declares and Matto is quite certain she is giving people exactly what they want.

“For the first time ever an NFT project is giving the people what they want: Fart Jars,” the website claims. “Combine this with the deflationary mechanics, real-life redeemable items, and utility in the form of access to fart jar extraordinaire Stephanie Matto via a private discord channel for all holders. We are certain Fart Jars will blow you away.”

Fart Jars Are NFTs With Utility, Matto Is Not the First to Take Farts to the NFT Stage

According to the site, the NFTs give special privileges to NFT holders like access to a private Discord channel with Matto, Zoom meetings with the reality star, a mentor program, and people can also use Matto’s Fart Jars as social media profile pictures. “For as long as I can remember, it has been assumed that girls don’t poop and girls most certainly don’t fart,” Matto says. “Today, we are changing the narrative on what women can and can’t do, and on what women should and shouldn’t do.”

The Youtuber and Tiktoker further added:

Fart Jars are all about taking ownership of your body, your inner worth, with an added whiff of creative genius! Making a statement and an impact is not about pushing a fart – it’s about pushing yourself to do anything you set your mind to.

Stephanie Matto, however, isn’t the first to take farts to the world of NFTs, as Alex Ramírez-Mallis, 36, from Brooklyn created a 52-minute “Master Collection” NFT audio file of his farts. At the time, Ramírez-Mallis was able to sell a few of his NFT fart recordings for $85 to $183 in ethereum.