Bitcoin Struggles at $42K Ahead of New Week, AVAX Up 6% (Market Watch) 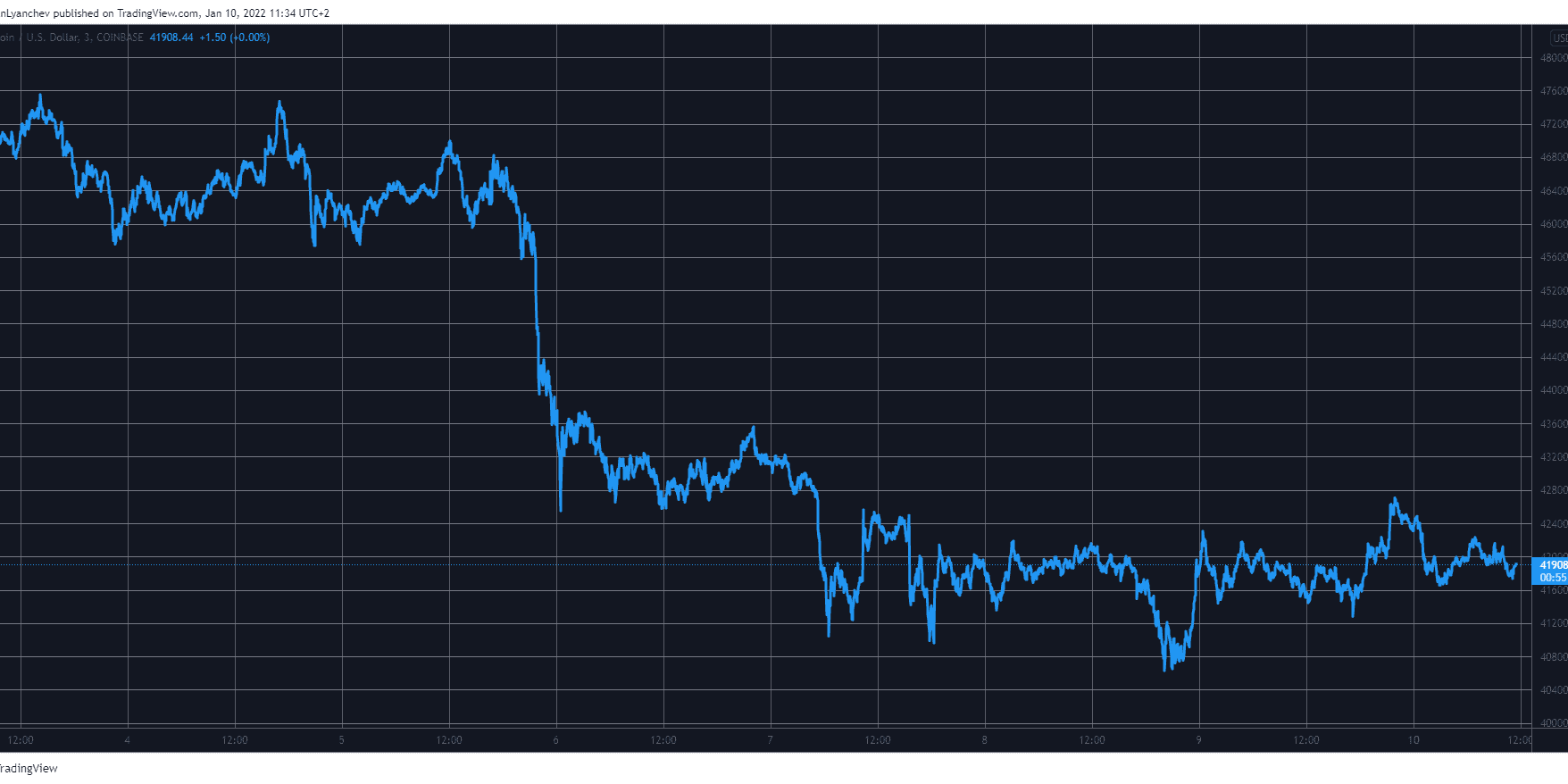 Following the latest price corrections, bitcoin attempted a quick recovery in the past 24 hours but was stopped at its tracks at nearly $43,000. Most altcoins are slightly in the green, while a few have produced more impressive increases, such as Avalanche and Polygon.

The primary cryptocurrency has been on a downtrend for several days. It traded above $47,000 on Wednesday before the bears took complete control over the market on Thursday.

In a matter of hours, they pushed the asset down by $4,000, and BTC reached an intraday bottom of $43,000. Although this was already a substantial correction, the landscape only worsened in the following 48 hours.

BTC lost another sizeable chunk of value on Friday and dropped to a three-month low of $40,500 on Saturday. It remained relatively calm on Sunday around $42,000 before the bulls attempted a quick recovery session that drove it to just shy of $43,000.

However, bitcoin failed to overcome that line, and the subsequent rejection drove it to just under $42,000, where it sits now. As such, its market capitalization is still beneath $800 billion.

The altcoins have suffered as well since Thursday. Ethereum traded above $3,800, but the market-wide retracement drove it to below $3,100. After this massive drop in days, ETH bounced off now sits above $3,150.

On a daily scale, the situation with the alts seems a bit more optimistic. Binance Coin, Solana, Cardano, Ripple, Terra, Dogecoin, and Shiba Inu are all slightly in the green. Polkadot is up by around 4% and sits at $25.

Avalanche and MATIC are the most substantial gainers from the larger caps. AVAX has added 5.5% of value and is just under $90, while MATIC has jumped by 6% to above $2.1.

The crypto market cap is still around $1.960 trillion, meaning that the metric is down by almost $300 billion since Thursday.