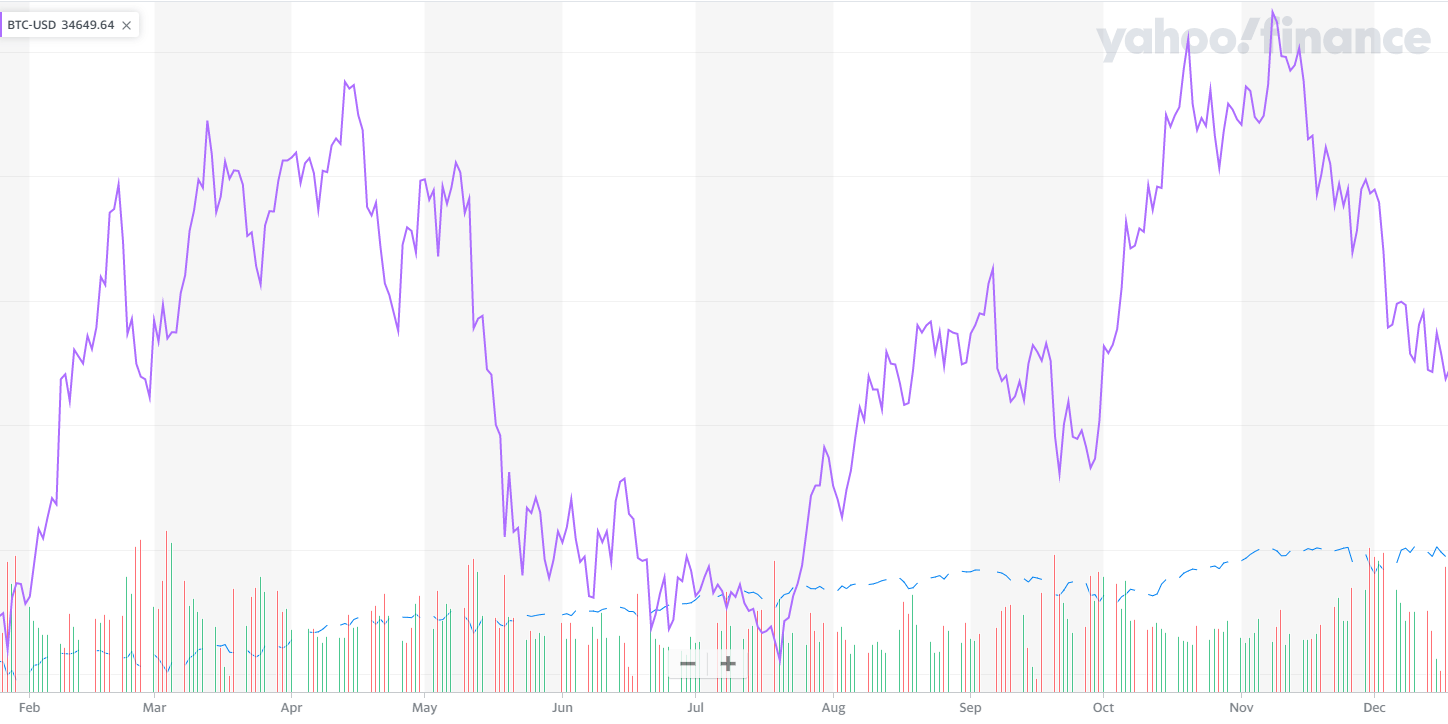 In 2021, dozens of promising projects in DeFi, NFT, and GameFi brought more tokens to the market than any one person can follow. Whereas most tracked the price of BTC and ETH, we saw some new tokens buck this trend for the first time, and while many tokens saw astronomical gains, other projects got hacked and went to zero.

This article will review the biggest gains and most painful losses.

However, Ethereum’s high costs and network congestion have led to the emergency of dozens of solutions to allow the blockchain to scale. After the summer of DeFi, many of these new chains saw the price of their tokens multiply.

With the rapid development of high-performance public chains and EVM-compatible chains, DeFi projects are starting to migrate to multiple chains. Cross-chain solutions have become urgent.

NFT and metaverse project started grabbing headline attention in the second half of the year. Since most NFT projects do not issue tokens, we can focus on GameFi data.

Despite record profits, not everyone made a fortune. Blockchain remains a high-risk investment, as some tokens which got completely zeroed out made clear.

Tokens that Fell to Vulnerability Attacks

$CREAM: 2021 was a nightmare for Cream Finance as the protocol was hacked five times with losses of about $200 million. In one attack after another, CREAM’s price gradually dropped from a high of $370 to $37, a drop of about 90%.

Tokens Zeroed Out From Bank Runs

$TITAN: Iron Finance is an algorithmic stablecoin project based on Polygon’s partial collateral. Its troubles started on June 16, when a giant whale made a sell-off, which in turn led to market panic and eventually a massive user sell-off. Combined with the failure of the token minting mechanism, 27 trillion TITAN were minted, which caused the price of TITAN to go straight to zero from a high of $64 in just 16 hours.

This event was a true DeFi bank run. With an extremely panicked market, the short-term surge in demand for withdrawals by depositors triggered a run that eventually led to the collapse of the system.

A Note on Exclusions

In 2021, there was no shortage of tokens with extremely high growth rates, especially meme tokens.

SHIB’s price, for example, grew more than 3,000x. However, such tokens lack application scenarios, so we did not include them in our guide.

In 2022, assess the potential of each public chain and focus on cross-chain services, which will likely become the main focus in blockchain development. At the same time, keep up with emerging fields—above all else, this industry evolves quickly.

From 11 to 25 January 2022, click this hyperlink on CryptoSlate to get a free 7-day trial of Footprint Analytics! New users only!

This article is part of our Year in Review series.