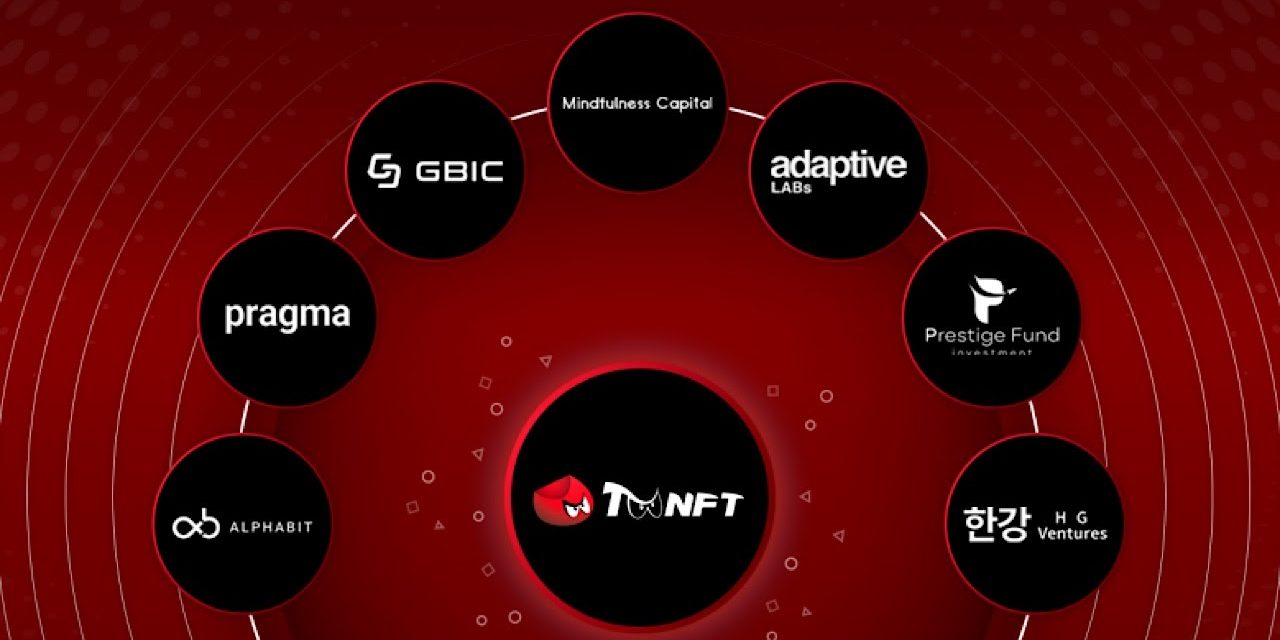 PRESS RELEASE. Tortola, BVI, 10 Jan 2022: Anyone who has been paying attention to the world of NFTs (non-fungible tokens) will know that people love investing in cartoon-themed initiatives. Whether it be the immensely popular canine-oriented cryptocurrencies like Dogecoin (DOGE) and Shiba Inu (SHIB), or perhaps even well-known NFT collections like The Bored Ape Yacht Club (TBAYC), the fact remains that as far as investing is concerned nowadays, toons continue to play an important role.

With that being said, ‘TooNFT’, a blockchain-oriented webtoon platform, recently made it known that it has debuted on the ecosystem of South Korea’s leading webtoon company, Toomics. To help with the construction of a fully decentralised webtoon platform, the TooNFT team secured a whopping $1.75 million via a private financing round.

TooNFT is built upon the Toomics ecosystem, which is one of the most sought after webtoon service platforms with about 50 million active web users in addition to more than 10 million app downloads on both Android and iOS, as well as a robust profit-generating business structure. Essentially, TooNFT may best be understood as a blockchain-oriented platform which strives to revolutionize the comics and webtoon industry through the creation of an intuitive next-generation ecosystem built around NFTs.

HG Ventures had thus led the previously mentioned private round of funding, which was supported by notable institutional investors like Adaptive Labs, Alphabit, GBIC, Prestige Fund and Mindfulness Capital. By adhering to high standards and the overall goal of embracing a decentralized future, the TooNFT platform was launched on top of the aforementioned Toomics ecosystem so as to introduce the concept of non-fungible tokens to the webtoon and comics sector.

TooNFT’s main objective is to hence enhance the innovative environment by providing a system which enables writers to draw in investments through the P2P (Peer To Peer) format without monopolising the intermediation process. As a result, by generating a sizable amount of support via early-stage investors in the amount of $1.75 million in their private as well as seed rounds, TooNFT can thus begin developing its webtoon NFT infrastructure to successfully integrate with the blockchain distributed ledger technology. Moreover, it is working towards making meaningful improvements regarding the webtoon industry including but not limited to easy-investment access for numerous regular users without the involvement of intermediaries, as well as a secure and dependable service with transparent data and various staking and reinvestment opportunities. TooNFT therefore leverages blockchain to become the world’s inaugural worldwide decentralized webtoon platform for mass consumption.

Toomics began in 2015 by garnering up to $15 million in venture capital funding to launch their objective of developing a platform for webtoons and comics. Toomics has since exceeded all initial expectations and has up to 7 million MAU, inked collaborations with AfreecaTV, Tencent, KEB Hana Bank, and GMarket, and is now considered as one of the biggest webtoon platforms in the entire world, having received various accolades from respected institutions. Toomics hence has strong business traction, with up to $60 million made annually from centralized sales of various webtoon subscriptions on its platform.

In layman’s terms, it aims to disrupt the webtoon business by using a blockchain-oriented protocol and developing a highly advanced and intuitive NFT ecosystem. TooNFT will therefore do well by working alongside such an innovative and successful platform.