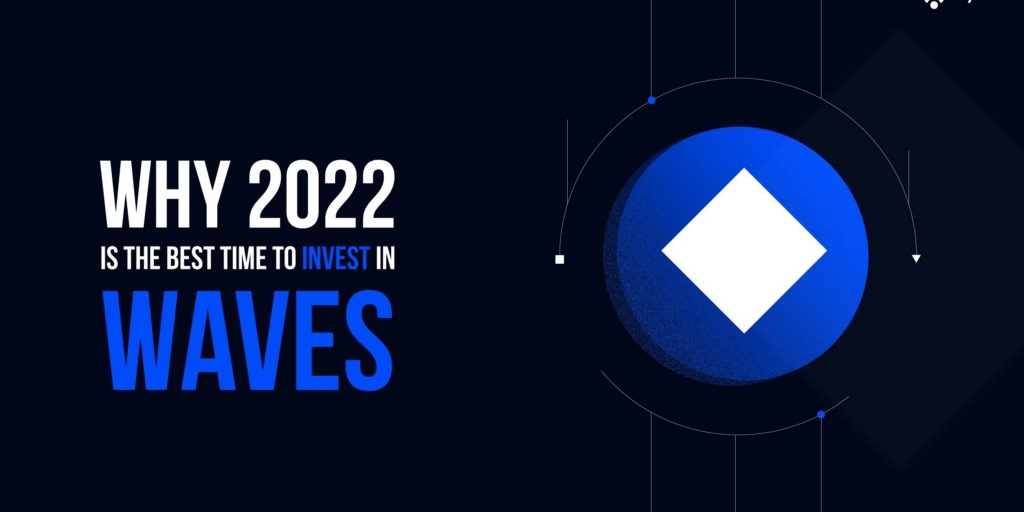 Today, Waves is rising as the crypto market continues to drive multiple coins higher. So, how far can WAVES investors anticipate the cryptocurrency to grow in the following years? Let’s see what some experts on the subject have to say about it down below!

What is Waves (WAVES)? Brief introduction

Waves is a blockchain platform that may be used for various purposes, including decentralized applications (dApps) and smart contracts.

Waves were founded in June 2016 due to one of the cryptocurrency industry’s first initial coin offers (ICO), improving the original blockchain platforms by enhancing speed, functionality, and user-friendliness.

The platform has undergone several adjustments and introduced additional spin-off features to build on its initial idea. Waves’ native token, WAVES, is an unbounded supply token utilized for actual payments such as block rewards.

You can also buy WAVES Coin in India at BuyUcoin by utilizing the Mobikwik Payment Gateway to link your debit or credit card to your account (we offer VISA, RuPay, and Mastercard).

What Is The Best Time To Invest in Waves (WAVES)?

The Waves blockchain, like Ethereum, is an open-source platform that allows developers to create tokens and decentralized apps. The fundamental advantage of the Waves platform is that it does not require sophisticated smart contract technology, which is generally necessary to produce a working cryptocurrency. To allow the creation of rapid tokens and the development of decentralized apps, the Waves network employs a mix of full nodes and lite nodes.

If you want to diversify your cryptocurrency assets, Waves might be an excellent choice. It competes with Ethereum but stands out as a different actor in the blockchain sector.

In 2022, WAVES has a promising future. With the current developments in the WAVES ecosystem and the broader crypto market, WAVES may reach new heights. The price of WAVES in 2022 is expected to be $42.19.

Why Invest in Waves (WAVES)?

Waves is one of the market’s most renowned blockchain platforms, and it has continuously demonstrated its ability to innovate. It also has a sizable community and a strong reputation in Russia’s cryptocurrency market.

The Waves platform’s excellent improvements since its ICO and subsequent debut in mid-2016 have been reflected in the value of its digital currency. WAVES’ value has surged by approximately 2,300% since its debut.

Despite not being as well-known as Ethereum, NEO, or EOS, Waves is one of the most promising blockchain projects, and its token still has significant upside potential if the Waves team continues to perform as well as they have in the previous two years.

Waves (WAVES) is one of the cryptocurrencies that caught the crypto industry off guard at the start of the year. Surprisingly, WAVES reached an all-time high in May 2021, reaching $41.33. WAVES has also achieved a year-on-year growth rate of more than 1,000%. As a consequence, WAVES is currently one of the most discussed virtual assets in the crypto industry.

With all of these accomplishments, we can conclude that WAVES is a cryptocurrency with great potential. In terms of technology, the network employs leased proof-of-stake (LPoS), a variant of the proof-of-stake (PoS) consensus method.

Best of all, Waves’ LPoS allows complete nodes to profit from manufacturing new blocks on the platform.

Meanwhile, the long-term price prognosis for WAVES in 2022 is optimistic. It is quite likely that it will surpass its current all-time high (ATH) of around $41.33 this year. Furthermore, WAVES can only reach ATH if numerous earlier psychological barriers are broken.

Waves has to work hard to keep up pace with the competition. The price of Waves is around $30 worth as on date, and it might cross $40 in the upcoming weeks.

Based on our future predictions and past data, a long-term increase is expected; the price prognosis for 2026 is $97.96. With a 5-year investment, the revenue is expected to be around +223.19%.

Waves enables the production and exchange of crypto tokens without the need for complex smart contract development. Tokens, on the other hand, may be produced and controlled using scripts that run under Waves user accounts. In 2018, the Waves team added smart contracts to the Waves MainNet, allowing third-party developers to build decentralized applications (dApps).

Why Is 2022 The Best Time To Invest In Waves (WAVES)? was originally published in BuyUcoin Talks on Medium, where people are continuing the conversation by highlighting and responding to this story.