$1.3B of Bitcoin Withdrawn from Exchanges as Miners’ Reserves Reach Yearly High 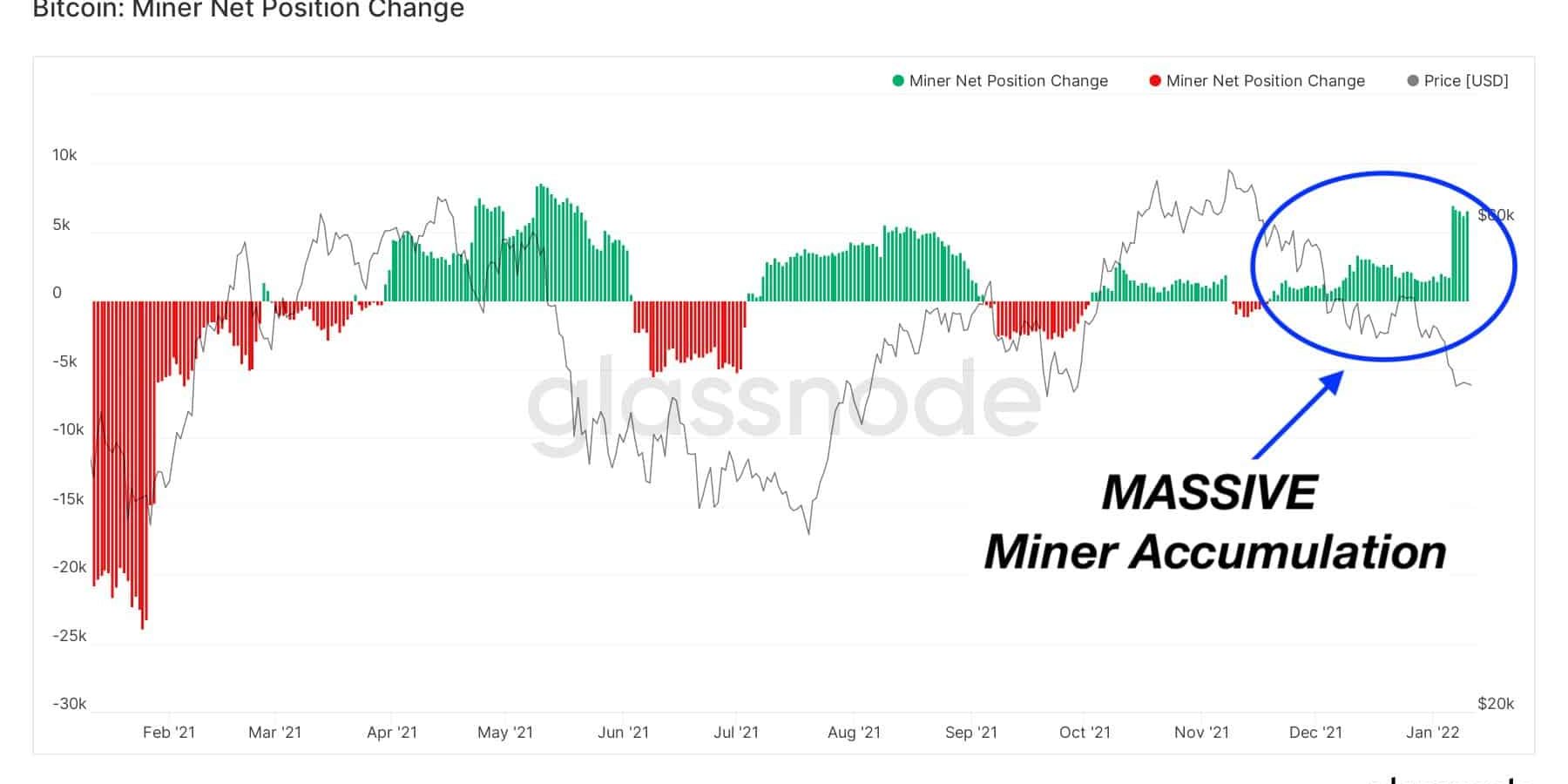 After the most recent correction in which BTC lost 15% of value in days, bitcoin miners have started to accumulate in large portions once again. At the same time, yesterday saw the most significant bitcoin withdrawal from crypto exchanges since September.

Being the backbone of the Bitcoin network, miners’ behavior in regards to their BTC holdings is essential for the overall landscape around the asset. Typically, they tend to sell after a substantial price appreciation to cover some of its electricity costs or simply realize profits, and vice-versa.

Most recently, though, they have been holding on to their bitcoin positions. The cryptocurrency’s latest price slides, meaning the drop from $47,000 to sub $40,000 levels, only propelled miners to increase their accumulation, according to on-chain data from Glassnode.

As seen in the chart above, miners have enhanced accumulating since the beginning of January. As a result, their overall balance skyrocketed in the same timeframe and registered a new yearly high.

In addition to miners refusing to dispose of their BTC holdings, data from CryptoQuant data revealed that investors have started to withdraw substantial bitcoin quantities from exchanges.

The daily outflows from larger trading venues were closed to 30,000 BTC yesterday. From a USD perspective, this amount is around $1.3 trillion with today’s prices.

It’s worth noting that this is the largest daily outflow from exchanges since late September. Back then, the asset’s price was also on the downfall for a while before it reversed its trajectory shortly after and began its October and November bull run, resulting in a new all-time high at $69,000.

Following the drop below $40,000 now, bitcoin reacted well and recovered a few thousand dollars in a few days. Moreover, the asset jumped to $44,000 today on news about the highest inflation rates in the States in the past 40 years. This became BTC’s new weekly peak.