Bitcoin ‘death cross’ watch. What could the technical omen portend? 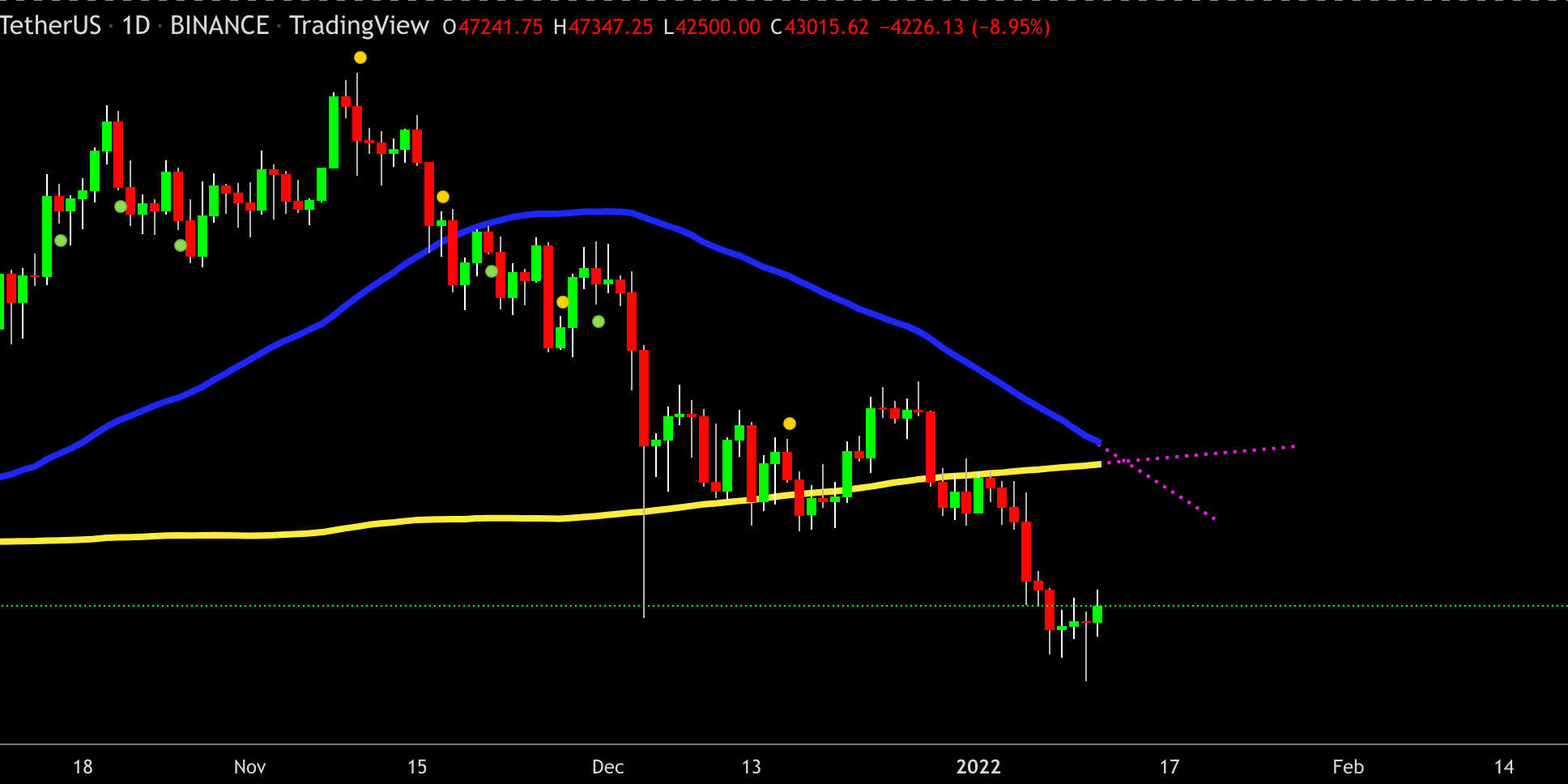 The price of Bitcoin fought its way up 2.9% during the past 24-hours, while general market sentiment remains in the zone of ‘extreme fear.’

To give this sentiment some wider context–the announcement of the Federal Reserve planning to raise interest rates to curb inflation came accompanied by the International Monetary Fund (IMF) warning about a growing connection between crypto and equity markets threatening financial stability.

Meanwhile, market analysts are anticipating Bitcoin hitting the ‘death cross’ soon, but what is the technical chart pattern’s predictive potential when it comes to future price action, remains to be unraveled.

The Bitcoin price is currently changing hands at around $43.7, after dropping as low as $39.7 on January 10.

And while Bitcoin is heading for the ‘death cross,’ market analysts are not convinced that the technical omen necessarily spells dread for Bitcoin.

This particular technical pattern looming over the Bitcoin price chart forms when the 50-day moving average (MA) intersects the 200-day MA–forming a cross, and is broadly considered as a bearish market omen.

Its anticipation is unsettling, especially while investors are worried, which seems to be the case judging by the Bitcoin fear and greed index which is dwelling in red for weeks now.

Looking at Bitcoin’s death-cross formations in the past, however, doesn’t exactly simplify the interpretation.

The last time MAs made a death cross was in June 2021– with prices falling almost 20% before bottoming a month later.

Just a quick reminder–this major market downturn should be remembered in a wider context, as the Bitcoin hash rate dropped drastically with China enforcing its ban.

However, a previous bearish death cross in March 2020 occurred after the price bottomed–presenting no obstacle to gains. In fact, it turned higher and formed a ‘golden cross’ two months later.

“At this point it seems inevitable. The respective MAs are on a collision course and will likely intersect this later this week or early next.”

But according to Greenspan, this doesn’t necessarily portend a bear market.

“As with all technical indicators and charting information, what we’re seeing is past data and is not an indication of what will happen in the future,” he concluded.

The post Bitcoin ‘death cross’ watch. What could the technical omen portend? appeared first on CryptoSlate.