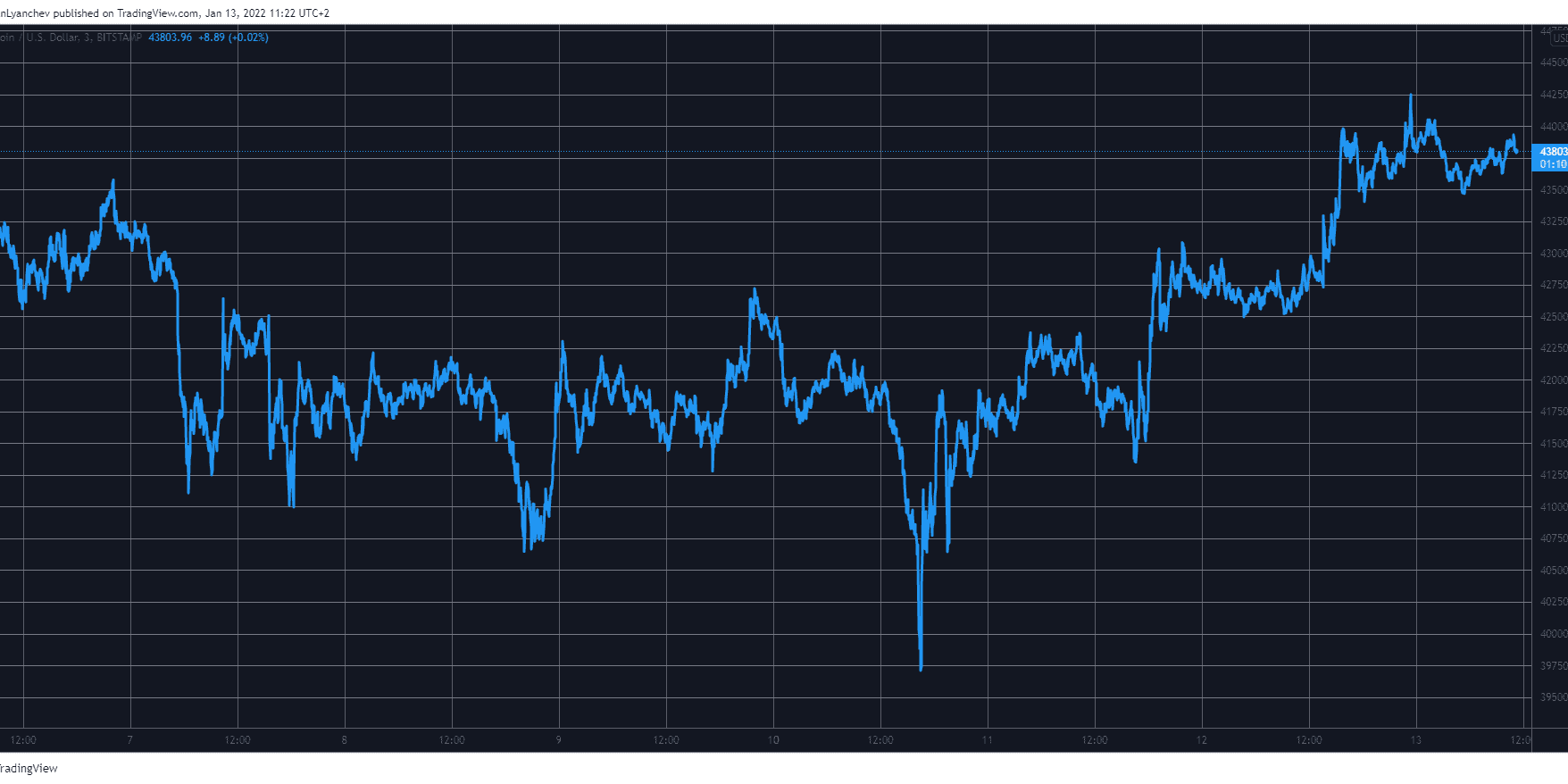 Bitcoin tried its hand at decisively reclaiming $44,000 but failed and sits just below it as of now. Most altcoins produced more significant gains, with the two largest memecoins leading the pack. Dogecoin and Shiba Inu are both up by around 13% on a daily scale.

Last week finished on a bearish note as bitcoin’s correction drove it from $48,000 to around $41,000 in days. The landscape worsened on Monday as the cryptocurrency fell below $40,000 for the first time since September in another volatile move south.

However, it bounced off immediately and recovered more than $2,000 of value in hours. As reported yesterday, BTC continued heading upwards and even briefly touched $44,000 after the US announced the highest inflation rate numbers in 40 years.

After a brief retracement, BTC spiked above $44,000 and tapped $44,250, which became its highest price tag since the correction started last Wednesday.

As of now, though, the asset has failed to remain north of that line and stands just shy of it. Nevertheless, its market capitalization is well above $800 billion.

DOGE and SHIB on the Rise

The altcoins also fell hard in the past week or so but are mainly in the green now. Ethereum dipped beneath $3,000 on Monday but reacted well and started to recover value almost immediately.

As of now, the second-largest cryptocurrency stands above $3,350 after another 3% increase since yesterday. Binance Coin has added a similar percentage and sits north of $480. More gains of this caliber come from Ripple, Polkadot, Avalanche, MATIC, Chainlink, and CRO.

Solana, Cardano, and Terra are up by more impressive numbers – between 6% and 8%, but the two largest memecoins are the most substantial gainers.

The crypto market cap bottomed at just over $1.850 trillion on Monday. However, it has increased by more than $200 billion since then and is just shy of $2.1 trillion now.