The SEC Could Approve a Bitcoin ETF Within Two Years, Says Ric Edelman 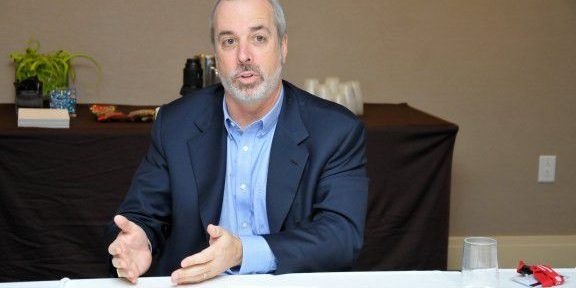 According to Ric Edelman, the launch of a “pure-play” bitcoin exchange-traded fund (ETF) in the USA may not be as far off as some think. The TV host predicted that such a product will see the light of day by the end of 2023 at the latest, as the SEC is “running out of excuses to say no.”

In addition, he expects that one-third of Americans will own bitcoin by the end of the ongoing year.

‘The SEC Is Going to Say Yes’

The approval of the first BTC futures-backed ETF in the United States was considered a major milestone for the growth and legitimacy of the industry as it showed that the watchdog is softening its stance to the world of crypto.

However, many believe greenlighting a futures-back ETF is not enough and want to see a spot exchange-traded fund tracking the performance of bitcoin.

In a recent interview for CNBC, Ric Edelman opined that the SEC will eventually approve such a product, which he referred to as a “pure-play” BTC ETF, in the next 48 months. He asserted that the Commission is running out of excuses to reject one:

Edelman reminded that one of the top reasons the agency is still against it is because it claims it cannot handle that type of product “well enough.” Nonetheless, the SEC “can’t control gold or oil, either,” but it has still allowed such ETFs, the financial advisor noted.

The 63-year-old American also believes that without exchange-traded funds, investors risk being involved in frauds and other schemes. As such, “the SEC is going to say yes because they’re going to realize this is a step toward consumer protection.”

Matthew Hougan – Bitwise’s CEO – agreed with Edelman’s statement. According to him, the US’s top monetary regulator has forced the digital asset market to mature with its refusals over the years. However, “it’s time to get over the hump” and approve a “pure-play” BTC ETF during 2021:

“It’s time to deliver to the American investors the lower cost and better protection and easier access that an ETF can provide. We’re getting there. I think we may get over the hurdle this year.”

Every Third American to Own BTC by The End of 2022

During his interview, Edelman also forecasted that more than 30% of US citizens will be bitcoin holders by the year’s end. In his view, the current percentage stands at around 25%.

He explained that the reason for the increased adoption is the broader popularization of the asset:

“A lot more people know about it and are investing in it than most realize. It’s kind of like teenagers buying beer. They’re doing it, they just don’t want you to know about it,” he said.