Why China’s crackdown on mining is actually good for Bitcoin 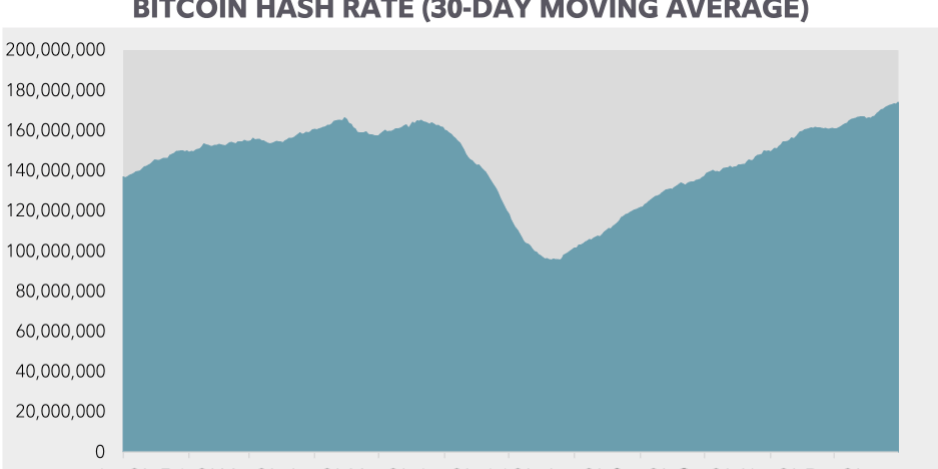 China’s crackdown on Proof-of-Work mining last year tested the security of the Bitcoin network and showed that it was far more resilient than once thought.

Analysts expected that it would take more than a year for Bitcoin’s hash rate to recover, but the network managed to rebound in less than a month.

The Bitcoin network took its hardest hit in May last year when several provinces in China began implementing policies designed to shut down Proof-of-Stake mining. Citing environmental concerns and energy-producing thresholds, the policies managed to push out almost all Bitcoin mining operations and most crypto companies from the country.

With over 75% of Bitcoin mining located in China, the bans caused panic in the industry as many believed the network would suffer a devastating blow were they to be implemented.

The network took a serious blow—losing over 40% of its hash rate between May and July of 2021—but it managed to recover faster than anyone has thought.

Many analysts expected it would take well over a year for the hash rate to reach its previous highs, as all of China’s massive mining operations had to be packed up and moved. Those that fail to relocate were expected to sell off their hardware, creating even more pressure on the network.

However, the network rebounded in less than a month and kept the growing trend throughout 2021. In December last year, the 30-day hash rate stood at 5% over the year’s previous high.

In its 2021 Digital Asset Recap, Fidelity Investments noted that China’s ban removed a major investment and operational risk to Bitcoin—the potential of a nation-state attack on the network.

“Because as much as 75% of the network’s computing power was previously located in China, there was in our opinion a credible threat to China taking control of a majority of this power and therefore the potential to gain over 50% of the network’s power,” Fidelity noted in the report.

And while there was little evidence to suggest that this was China’s intention, the fact that all of the mining operations have moved from the country shows that this will not happen in the future.

This is due to the fact that China’s ban has forced miners to distribute their operations around the world, making Bitcoin’s hash rate more decentralized than ever.

Finally, Fidelity’s most important takeaway from the report is that the mass migration of miners will have a profound positive impact on Bitcoin. Moving large mining operations overseas is a very expensive endeavor and the fact that it’s been done on such a large scale shows that the miners are making investments in the long haul instead of looking for a quick profit.

And this is what has and will continue to strengthen the resiliency and reliability of the Bitcoin network, Fidelity concluded.

The post Why China’s crackdown on mining is actually good for Bitcoin appeared first on CryptoSlate.