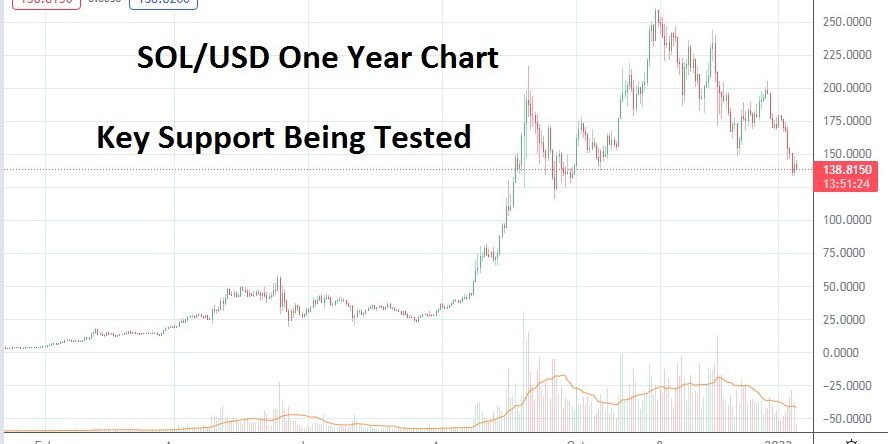 Collecting something unique to sell for a premium has existed for a long time. But, it was the blockchain technology that made it grand or mainstream via NFTs. Despite that fact, some of the ecosystems have struggled with their shortcomings. Let’s take a quick example to explain this in detail. People are so fond of collecting memorabilia. It is an ever-growing trend these days. Now think about the situation where you end up getting rekt for no reason whatsoever for keeping up with this practice. In case, if you are not aware of the pitfall of high gas fees blockchain ecosystems, let’s sink in deep through this incidence to understand the obstruction disrupting global mainstream adoption.

A group of community normies wanted to buy a copy of the US constitution. For this purpose, they called all 17,000 people interested to form a syndicate.  They named the syndicate  ConstitutionDAO to raise funding for the auction. To no surprise, they were able to raise $40 million which was locked in the bidding smart-contract. Much to their disappointment, the bid failed. Consequences, $1 million in gas fees to retrieve the funds from the bidding smart-contract.

Isn’t it harrowing to think that you have to pay $1 million to get your own funds from a locked-in smart-contract. So, it is self-explanatory why the Ethereum network saw significant users drop out and switch to other smart-contract blockchains. With the NFT and metaverse craze reaching its pinnacle, everyone wants to stack cash by collecting and bidding them at an auction. But the only challenge is that the existing Ethereum blockchain can make them go broke. The solution the community seeks is a cost-effective, scalable, and simple blockchain ecosystem. That’s where Solana is making a difference.

What is Solana Blockchain?

Solana is a decentralized blockchain founded in 2017 and run by the Solana Foundation. It can process more transactions than its counterpart smart contract blockchain like Ethereum, Polkadot, and EOS. As a result, the value of the SOL token appreciated by 12,000% in 2021. On top of this, Solana is a preferred choice for hosting NFT projects. At the moment, 120 out of 423 NFT projects are hosted on the Solana blockchain.

How can it Solve the Scalability Issues?

Solana uses POH or Proof of History consensus mechanism in place of layer 2’s or side-chains to solve scalability issues. As a result, the time between transactions is shorter and throughput significant. In the POH consensus model, all nodes run their own internal clock. Once all are in coordination, the state of blockchain can get verified at a faster rate.

As POH captures screenshots and shares as per the last phased time, it becomes more cost-effective and fast in comparison to POS and POW blockchains. To make the ecosystem safe and scalable for adoption, the blockchain uses the Verifiable Delay Function(VDF). In a VDF model, the cryptographic functions identify time passed with that of the output generated. Hence the output generated should always be at a later time than input queried. Thus making the ecosystem safe, secure, and scalable.

Solana 2022 – What Does the Community Think About It?

The founder of Solana,  Anatoly Yokavenko, thinks that transitioning to POS is a good idea for other blockchains in the space to drive global adoption. Despite this fact, one cannot say that POS addresses all challenges of blockchain. For example, POS solves scalability issues but at the cost of security to an extent. To prove this point, think of high-value miners and bots taking control of the ecosystem. With the Solana blockchain, such a scenario is highly likely, but lately, Solana has seen network outages pressing the panic button.

Despite this, one cannot rule out that Solana is pretty new and it has a lot of catching to do as per the founder. Having said that, Solana with the sole aim to build an open, fair, and censorship-resistant marketplace could go way deeper with time as per the community. At the moment, Solana has $12 billion and with more than 400 projects and counting, as it will reach mainstream and solve all existing bottlenecks in its ecosystem, Solana could be poised for a global level adoption in the near future.

Why Solana Prices Fell and Will It Recover Anytime Soon?

Solana had gotten weighed down by its own success. It was the network outage of 17 hours to blame for a sharp decline in its prices. In the first phase between February to September, we did see a tremendous jump of more than 12,000% which is simply unprecedented. However, much of the jump was attributable to massive stimulus packages of the government and most of that money moving to crypto.

Under the pressure of the US dollar losing its value following the stimulus packages, investors switched to crypto assets during the peak time of the Coronavirus pandemic. As you can see in the charts from August to October, the green candles are forming with higher highs and lower lows denoting a bull cycle ahead. But unlike the past trends, it is highly unlikely that fresh stimulus packages will happen in 2022.  So, most likely for the return of bullish momentum, SOL must have to form support at $125 level to $130$ within the first quarter of 2022. If the prices do not fall further below the $125 mark and sustain the support at the $150 level till the first quarter of 2022, we could see upside ahead.

The reason for the same would be FED is compelled to buy back bonds from March onwards.  If that happens, we can see further upside ahead to the $175 mark. The support would be further tested at the $200 mark since it was the highest point in the 20 day MA of December as shown in the image below. If that happens, we could very well see Solana trading at its new ATH of $275 by the end of the year 2022. However, if all the claims as demonstrated through the chart fail to keep up, we could see the downside and Solana might fall to as low as $70 or $80 by 2022.

We hope by now you have got all the information about Solana. Moreover, it is always good to buy these tokens from reliable cryptocurrency exchanges and use cold wallets to store them keeping security in mind.

The post Why Solana Is A Good Bet In 2022? appeared first on CryptoTicker.