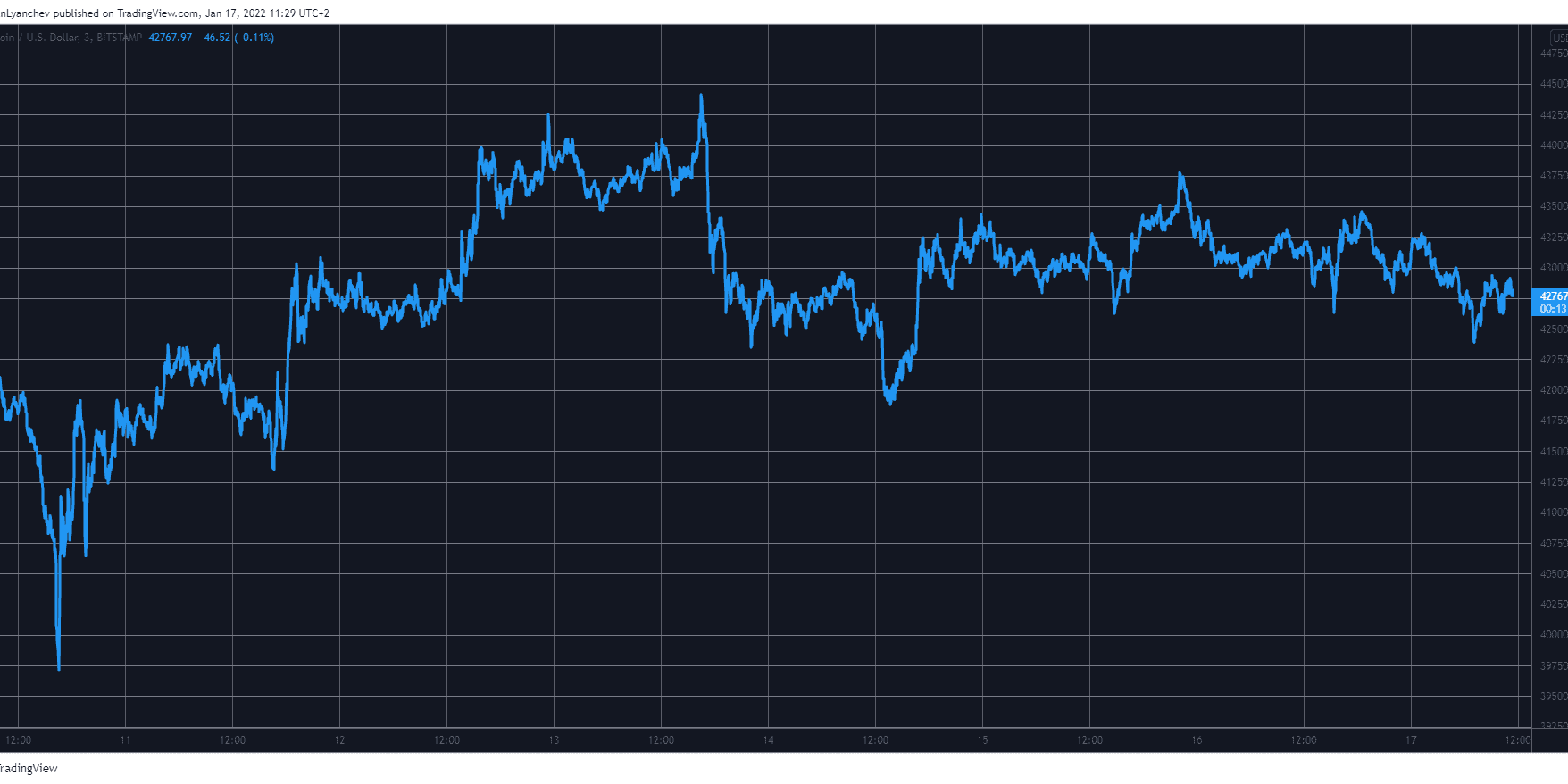 After another unsuccessful attempt to overcome $44,000, bitcoin retraced once more and dipped below $43,000. Most altcoins are also in the red on a daily scale, while Cardano continues to chart impressive gains following a double-digit surge.

Ahead of the weekend – on Friday – the primary cryptocurrency plummeted by $2,000 to a low beneath $42,000 after failing to reclaim $44,000. As the bears were trying to bring more mass pain, the bulls came out to play next.

In a matter of hours, they drove the asset north to above $43,000 on Saturday, as CryptoPotato reported. The landscape seemed even more positive on Sunday morning with a jump to just shy of $44,000.

But, as it happened during the previous few attempts to overcome that line, BTC failed. It dropped by a few thousand dollars and has remained below $43,000 since then.

Alts in Red: But Not ADA

Ethereum has mimicked BTC’s performance to a large extent lately, including a sub $3,000 dip last Monday. In the following days, the second-largest crypto jumped by more than $400 before the gloomy sentiment brought it south once more. In the past 24 hours alone, ETH has declined by 1.6% and now stands at around $3,250.

Dogecoin has declined even more again (-6.5%). Thus, DOGE has continued its downtrend since the Friday hype when Tesla enabled payments with the memecoin for its products.

In contrast, comes Cardano. ADA has been on a roll in the past week, being roughly 30% up in this timeframe. On a daily scale, ADA has increased by 13% and stands well above $1.5.

Despite a minor decline since yesterday, the crypto market cap has remained above $2 trillion.