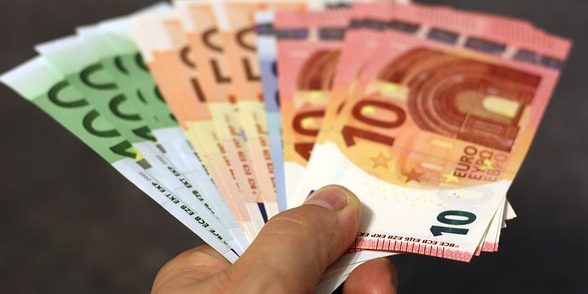 Bitcoin has grown from being owned by only individuals to an asset relied on by institutions to store value. Besides storing value, this asset has gained some momentum in the past few years, helping it become an in-demand asset. While Bitcoin remains quite unstable, thanks to the volatility associated with digital assets, it has captured the hearts of investors within and outside the digital asset space. Similarly, it birthed other cryptocurrencies, laying the foundation for Ethereum and other altcoins. Today, many altcoins carry interesting ideas with mind-blowing uses cases. But are Fiat competing with Bitcoin?

Indeed, Bitcoin also helped the growth of other industries within the digital space. For instance, decentralized finance (DeFi) providers have leveraged cryptocurrencies to provide unique services to users. Because crypto enthusiasts believe in financial liberty and decentralization, DeFi became necessary for the industry. In this article, we will be looking at the fiat versus Bitcoin standard.

Why Are Fiat Competing With Bitcoin?

Not many people expected Bitcoin to grow as it did. While experts believed that the asset was in a bubble, believers held on to their coins with the hope of a more fantastic future. Bitcoin did not promise much; it promised that international transactions would be faster and more efficient.

This is rightly so as many users trust cryptocurrencies to deliver fast settlement, especially international transactions. It creates a way for users to bypass some bureaucracy associated with centralized institutions to a reliable and safe medium.

After Bitcoin’s massive success and the interest by institutional buyers, many countries started worrying that this asset may lead to lower dependency on fiat—which is a nation’s currency. Some countries also believe that criminals use Bitcoin and other cryptocurrencies to scam and launder money.

This led to agitation for transparency and the need for stated guidelines to control and manage the digital asset space. Also, many countries linked digital assets to the growth of cybercrimes, especially in terms of data theft. While the space is presently filled with protocols to meet each country’s regulation, many Fiat currencies compete with Bitcoin in terms of market cap.

Below are the top 5 Fiat Currencies Competing With Bitcoin:

The American dollar is one of the most valuable assets in the world. Additionally, it is also one of Bitcoin’s biggest competition. People from all parts of the world spend the US dollar, particularly for international transactions. Additionally, the US government hopes to create a digital dollar, which some believe might replace cryptocurrencies.
Unlike Bitcoin and other cryptocurrencies, the digital dollar will be centralized and controlled by the government. It is safe to state that the dollar is an international currency because it’s useful as a means of exchange between different countries.

Without the dollar, international transactions might be complicated. But since the dollar is widely accepted in most countries, businesses can leverage that to import and export products and services. Also, the US dollar is a currency prominently used to trade Bitcoin. Many traders need to convert their first currencies to a top dollar to get their digital assets. This is due to the acceptability of the dollar and the high volumes of crypto-related transactions in America. USD versus Bitcoin: 0.000024 BTC (as at time of writing)

However, the significant difference between the two currencies is the supply. For one, the American dollar has an unlimited supply, which may affect the value in the long term. Bitcoin, on the other hand, has a static supply. So, when the latter’s supply is exhausted, experts predict that the asset would be more expensive.

This currency is widely used in Europe. Because of its wide acceptability, it’s a notable competitor against Bitcoin. Euro is not a currency for a specific country but most countries in Europe. And because of Europe’s stance in the international market, it is frequently used to exchange between European countries. Presently, 19 countries out of 27 European countries have the Euro as their official currency. While not every country in the region spends Euro, there is a degree of acceptability between countries.

It is also the second-most traded currency in the exchange market. Some other countries, which are not in the region also use the currency. Similarly, millions of people globally also spend other currencies pegged to the Euro. Also, the Euro has an unlimited supply, which contrasts Bitcoin’s outlook. This is one of the biggest challenges with fiat currencies. Sometimes, administrators print lots of money, affecting scarcity and value. EUR versus Bitcoin: 0.000027 (as at time of writing)

Won is one of the most traded currencies for Bitcoin. Koreans have embraced cryptocurrencies, despite the growing regulations surrounding asset trading. The stringent regulations have led to a noticeable decrease in crypto-related transactions in Korea. Because of these regulations, crypto trading is not as accessible as it used to be. Still, the country’s regulators have emphasized that they will not ban digital asset but only regulate it.

The regulators are hoping to reduce the anonymity of digital assets by mandating KYC regulations. Also, it has an unlimited supply because the government continues to print money, unlike Bitcoin’s limited supply. Despite having big denominations, the currency has gained stability, making it one of the most used fiat currencies for foreign exchange. WON versus Bitcoin: 0.00000001909 BTC

Pounds are the official currency of the United Kingdom and other regions around the UK. This currency is also called pound sterling; it’s safe to state that other nations use pounds, not the UK’s pound sterling. Because of the high acceptability of pounds, it is used in different places as an exchange means. Additionally, the pound sterling is one of the most traded currencies in the foreign exchange, behind other known names.

Besides the UK, other British territories also use this currency. With that in mind, the pound is a worthy competitor against Bitcoin. While Bitcoin is continually gaining value because of its limited supply, pounds remains dominant because it’s the first currency. It’s safe to state that pounds have an unlimited supply, determined by governmental printing. Many institutions are looking to buy Bitcoin and other cryptocurrencies due to the increased money printing. Because money is supposed to be a scarce commodity, printing reduces its value in the long term. Pounds versus Bitcoin: 0.000032 BTC (as at time of writing).

The Japanese yen is one of the most traded currencies for Bitcoin and in foreign exchange. While this currency has faced a turbulent past, particularly after world war II, it has regained stability. And because the country prioritizes exports, it has been able to stabilize the currency to a large degree.

Also, the yen has an unlimited supply due to governmental policies and decisions. Oftentimes, this leads to devaluation and price falls. However, this is where Bitcoin has been able to improve on. With Bitcoin’s limited supply, the value of a unit skyrocket with growing demand. JPY versus Bitcoin: 0.00000020(as at time of writing).

Bitcoin has numerous currencies competing against it in terms of acceptability and value. However, something common amongst the fiat currencies is that they have an unlimited supply, resulting from centralized control of a nation’s reserve.

The post Top 5 Fiat Currencies That Compete With Bitcoin appeared first on CryptoTicker.