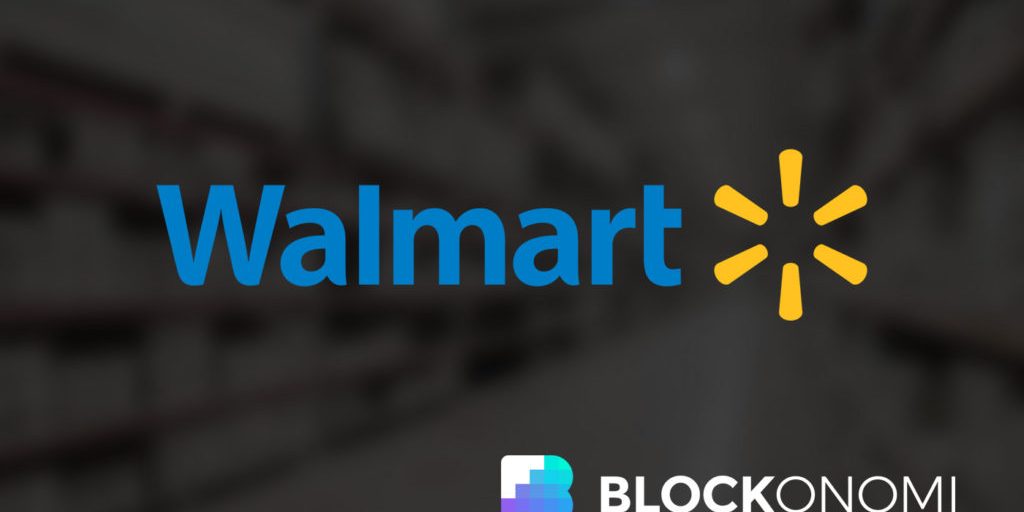 The Metaverse is predicted to be the talking point of this year after a successful year of non-fungible tokens – the key to access the metaverse.

By the end of 2021, tech and game giants including Facebook, Epic Games / Fortnite, Roblox, Snap, NVIDIA and Unity, took big steps in joining the metaverse.

Walmart is the next name that previously showed interest in entering the digital universe.

Will Walmart Jump On The Bandwagon?

Walmart Inc., a multinational retail giant, is optimistic about the Metaverse’s future, having filed patent applications for cryptocurrency and blockchain-based NFT collection.

As previously reported, Walmart submitted several patent applications with the U.S. Patent and Trademark Office by the end of last month. But it wasn’t until January 16 that CNBC disclosed more details about Walmart’s strategy, which amazed the public.

There are three significant applications among these patent filings that demonstrate linkages to cryptocurrency and the Metaverse under its existing media entity “Walmart Connect.”

Walmart’s efforts, according to trademark-specific lawyer Josh Gerben, have clearly demonstrated that the firm intends to make and sell virtual items.

There are numerous crypto-specific terms in the company’s application, implying that Walmart is planning a number of behind-the-scenes preparations for how it will engage in crypto, the metaverse, and NFTs.

“Digital currency” and “digital token,” are also in the list. Walmart is setting a vision for selling and buying NFTs. It appears that Walmart is envisioning a future of a new NFT retail marketplace.

If we take a careful consideration of Walmart’s digital currency ambitions, we’ll notice that the company has been dropping signals since 2021.

According to Walmart’s recruitment in August last year, the company was looking for a “digital currency and crypto product lead.” The job posting was taken off but there were no further details of whether they have made a hiring choice or whether they had enough competent individuals.

The retail giant teamed up with Coinstar, an American ATM firm that offers crypto-cash exchange services.

The key focus of the partnership is to set up 200 Bitcoin ATMs in Walmart’s stores across the United States. Customers can purchase Bitcoin at the ATMs. The installation is part of Walmart’s testnet before bringing these ATMs to 4.700 stores.

Since 2018, blockchain technology has been integrated into Walmart’s operational system as a cutting-edge solution that improves its supply chain, management, customer markets, and smart products.

The next place will be Metaverse; the retail giant is quite committed and bullish on blockchain and all of the benefits it has brought.

Morgan Stanley’s report estimated that the Metaverse potentially provides retailers with $8 trillion opportunities – a lucrative number that no business can likely ignore.

Since Meta (formerly Facebook) was created, the clear ambition beyond the social network has motivated other major firms to rush to find out how they can fit in the metaverse.

The Metaverse is believed to give rise to a new era of retailing. Creativity will be liberated to seemingly infinite amplitudes.

Physical boundaries will not serve as a barrier. In the Metaverse, the items we use and wear will become more diversified, distinctive, and revolutionary than usual.

Nike filed a trademark application in November 2021 to register its virtual shoes and clothes. Nike also collaborated with Roblox to develop a virtual realm named Nikeland.

Adidas and Under Armour had initial success with their NFT collections, which sold out quickly. This month, the American clothing retailer Gap officially produced NFT hoodies, marking the company’s first foray into the NFT market.

The retail industry is embracing new digital innovations, with the goal of improving product awareness and enhancing customer experience. Metaverse will become the hottest trend this year as NFTs expand their use cases.