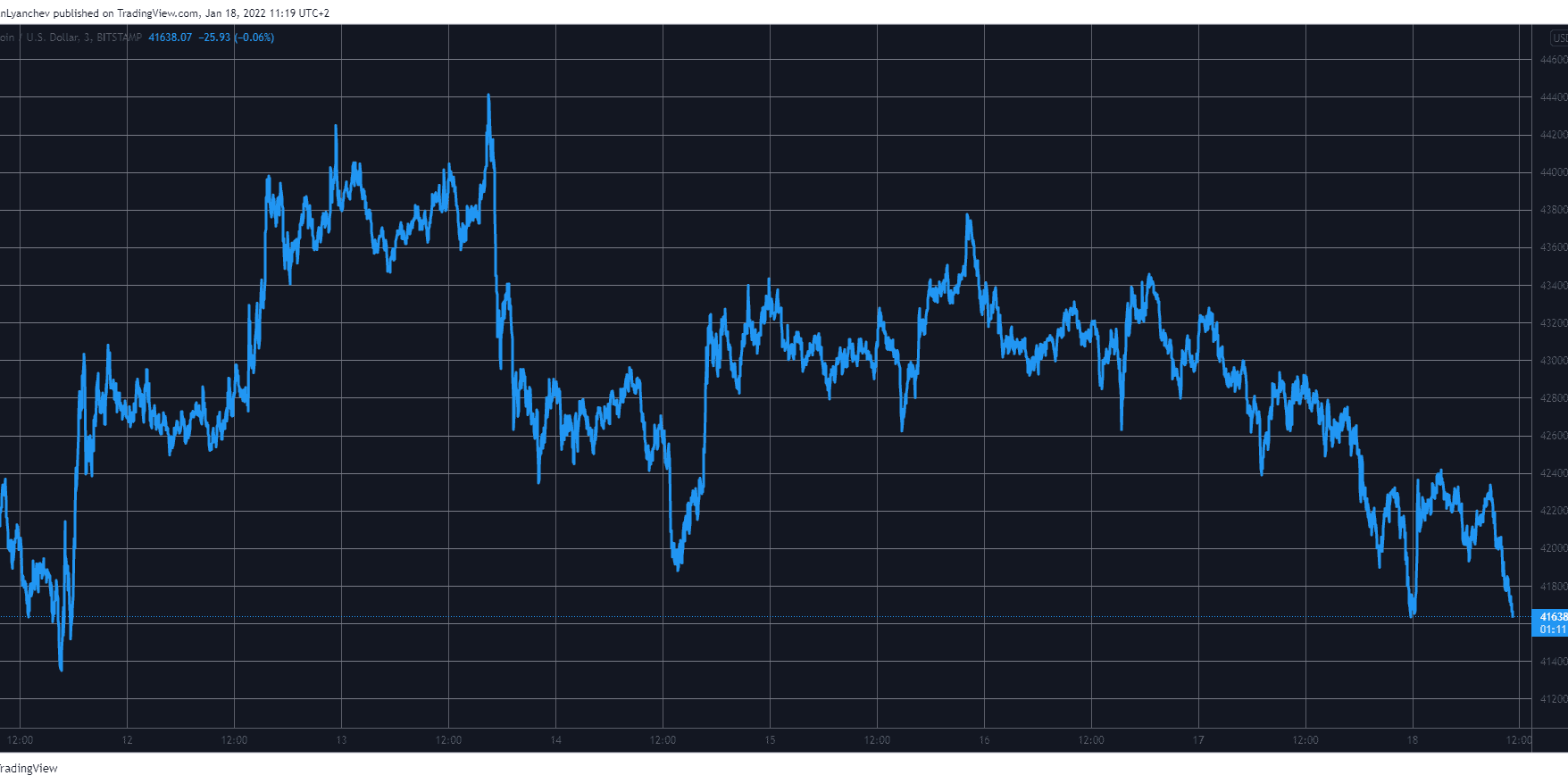 Bitcoin’s adverse price movements continue with the asset sliding below $42,000. Most of the altcoin space is in an even more gloomy situation, with substantial losses from Ethereum, Binance Coin, Avalanche, MATIC, LUNA, ATOM, and others.

It’s safe to say that the past several days didn’t go all that well for the primary cryptocurrency. On January 15th, it spiked to just shy of $44,000 after an impressive leg up.

However, it failed to breach that level as the bears tightened their grip on the market. BTC first dropped to $43,000 hours later, before another price dump took it to around $42,000, as reported yesterday.

While bitcoin remained there for a while, and it seemed that it could hold on to that level, the bears pushed it south once more. In the following hours, BTC dropped to around $41,500, which was a weekly low.

It bounced off initially to above $42,000 but failed again and currently sits around that level. As a result, its market capitalization has declined below $800 billion.

The alternative coins were also harmed in the past several days. Ethereum traded above $3,400 last week before the market-wide correction started to drive it south. In the past 24 hours alone, ETH has lost more than 4% and now sits at just over $3,100.

The situation with Terra, Polygon, NEAR Protocol, Chainlink, and ATOM is even more severe as most are down by double-digits.

Ultimately, the crypto market cap is down by approximately $100 billion in a day and is just shy of $2 trillion as of now.