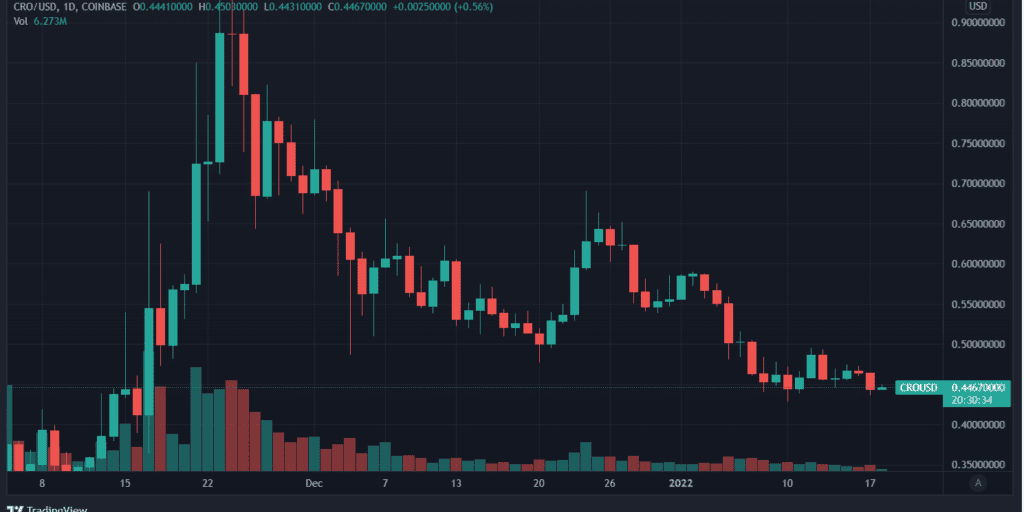 Not your keys, not your coins. Despite technological advances, the almost sacred mantra repeated ad nauseam by cryptocurrency maximalists still holds true. Today, cryptocurrency exchange Crypto.com announced the suspension of withdrawals following a series of complaints from users who allegedly claimed that their funds had disappeared.

During the morning of January 17, 2022, Crypto.com’s official Twitter account acknowledged that a “small number of users” reported “suspicious activity” on their accounts. The pause on all withdrawals was a precautionary measure while staff gathered information.

We have a small number of users reporting suspicious activity on their accounts.

We will be pausing withdrawals shortly, as our team is investigating. All funds are safe.

Crypto.com does not officially disclose what the suspicious activity was. Instead, it was users who began reporting a series of alleged unauthorized withdrawals. Overall, the sums lost amounted to several thousand dollars.

More curiously, there were reports that even 2FA-protected accounts had been compromised, and funds were drained even with this additional layer of security.

2FA or Two-factor authentication is a security technology that requires identity verification through a second credential over a user name and password. The most common case is that of a short-lived dynamic key that can only be obtained through a single registered device (such as a smartphone), avoiding the possibility of any hacker or intruder with access to the account being able to log in.

Besides pausing withdrawals, Crypto.com also reset the 2FA of all its users, forcing them to set up their account as if it were a new one. The exchange appealed for calm, assuring that users’ funds were completely safe.

A few hours later, Kris Marszalek, CEO of Crypto.com, announced that the team was in the final phase of investigations, and in less than half a day, the exchange had resumed all its services, guaranteeing the security of the funds.

Kris Marszalek was pretty satisfied with the way his team handled this event:

Some thoughts from me on the last 24 hours:

CRO Suffered, But Not Because of the 2FA Incident

CRO, Crypto.com’s native token, did not suffer much despite the turmoil. Although it experienced a 4.27% drop from $0.4642 to $0.4442 during the day, the decline seems to be more related to Bitcoin than a possible distrust of the platform.

On Monday, Bitcoin suffered a slight drop that made ripples across the rest of the cryptocurrencies. Bitcoin’s fall is due to a mix of factors ranging from the continuation of a naturally bearish trend to a general episode of market anxiety due to the current macroeconomic conditions.

However, the fundamentals of Crypto.com’s token CRO are increasingly solid. The exchange is investing heavily in brand awareness, and just today, announced a partnership with the Australian Football Leagye and the AFLW.