Op-Ed: The fallacies of the Bitcoin energy debate 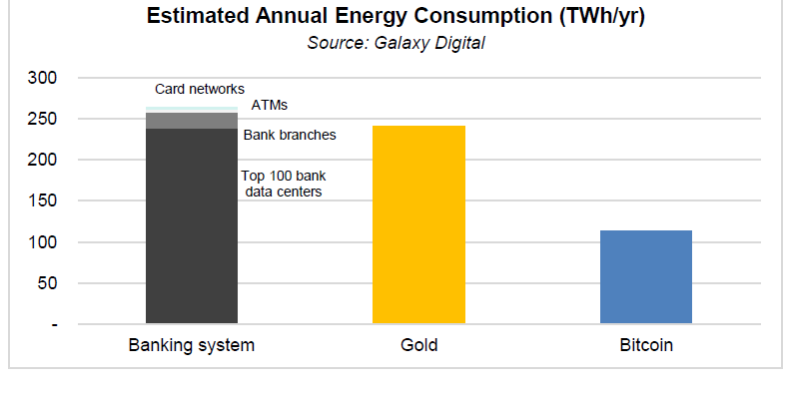 If all your information about Bitcoin came only from the mainstream media, you’d be forgiven for thinking that it (along with everything crypto) was spawned directly from the pits of hell. According to the media, Bitcoin is a Ponzi scheme, that fuels the criminal underworld, creates monetary instability – while all at the same time creating a grand total of zero social value.

Chief among the myriad of outlandish accusations laid at the feet of Bitcoin is the idea that the energy consumption from its network power computation is accelerating climate change and destroying the planet.

In an open letter by a coalition of more than 70 environmental government agencies, think tanks and business organizations to the U.S. Congress, its authors urged American policymakers to “take steps to mitigate the considerable contribution portions of the cryptocurrency markets are making to climate change” and “consider the impacts that Proof of Work mining is having on the climate.”

The letter cites a reputable University of Cambridge study which estimated Bitcoin mining energy consumption to average at least 129 terawatt-hours of electricity annually, alarmingly more than what whole countries such as Argentina or Norway require.

This seems like a scandalous use of energy at first glance, but only because the statistic is sorely lacking in context.

For instance, when we compare Bitcoin’s energy consumption to other dominant currencies such as fiat and gold, the news headline becomes dramatically less sensationalistic. A conservative estimate in a 2021 Galaxy Digital report finds that the gold industry utilizes an average of 240 terawatt-hours/year, while the global financial banking system is estimated to be slightly less at 238.92, making it 86% more energy-intensive than Bitcoin.

There’s more good news. Not only is Bitcoin less energy-intensive, but much of its network is also fuelled by clean energy sources and renewable technologies like hydropower, solar, and wind. A 2021 Bitcoin Mining Council study finds that Bitcoin mining leaves a relatively smaller carbon footprint behind, with the highest proportion of sustainable energy mix at 56%, ahead of countries with the highest renewable energy capacity in the world such as China, the U.S., Brazil or Germany.

Environmentalists that are worried about crypto’s environmental impact can also take heart in the fact that Bitcoin mining may, in fact, be helping to improve the competitiveness of energy markets.

An increasing number of Bitcoin miners have gravitated toward energy sources in excess supply that would otherwise go wasted. This stems from a common problem of supply distribution in energy markets where energy goes unused due to the prohibitively high costs it takes to transport them elsewhere or store for later use.

Gas flaring is one such well-known example, where the excess gases from oil extraction are simply “flared” into the atmosphere. The World Bank estimates that about 142 billion cubic meters are flared annually – an amount enough to power the entire sub-Saharan Africa. Solar and wind technologies too, regularly discard excess energy (a phenomenon known as renewable curtailment), due to the impractical costs involved with storing them in batteries.

It is here where Bitcoin miners are taking advantage. Because Bitcoin mining essentially produces a digital good (validating the network consensus), it is a relatively mobile operation as opposed to the energy production for most people’s day-to-day energy consumption that needs to be produced near the point of consumption. The operation is flexible and can shut down and come back up quickly in response to energy supply, thereby creating consistent demand for energy. This has led entrepreneurial miners to relocate to gas flaring sites or renewable energy grids with excess energy supply and exploit these wastages for their own consumption.

If many of these findings are to be believed, we would see a perceptible trend towards lower CO2 emissions from Bitcoin mining. After all, energy consumption data tells us nothing about the cleanliness of its source. And indeed, we do. The same Galaxy Digital report finds that Bitcoin mining emits far less at 22 million tonnes of CO2, compared to 58 million tonnes by gold mining and an astronomical 396.7 million tonnes by the global banking system.

Note also that this estimate takes into account only surface-level usage for the banking system to operate, thereby leaving out the trillions of dollars in waste when failed central banking monetary policies discoordinate the economy and force people to pursue energy-wasting activities in order to adapt, such as shifting capital into different financial assets.

Finally, if all of the above does nothing to sway the minds of anti-crypto environmentalists, perhaps they can at least put off their regulatory ambitions until after the impending shift away from proof-of-work mining and towards proof-of-stake consensus mechanisms which will, to their delight, reportedly cut blockchain energy use by 99.5%.

The post Op-Ed: The fallacies of the Bitcoin energy debate appeared first on CryptoSlate.