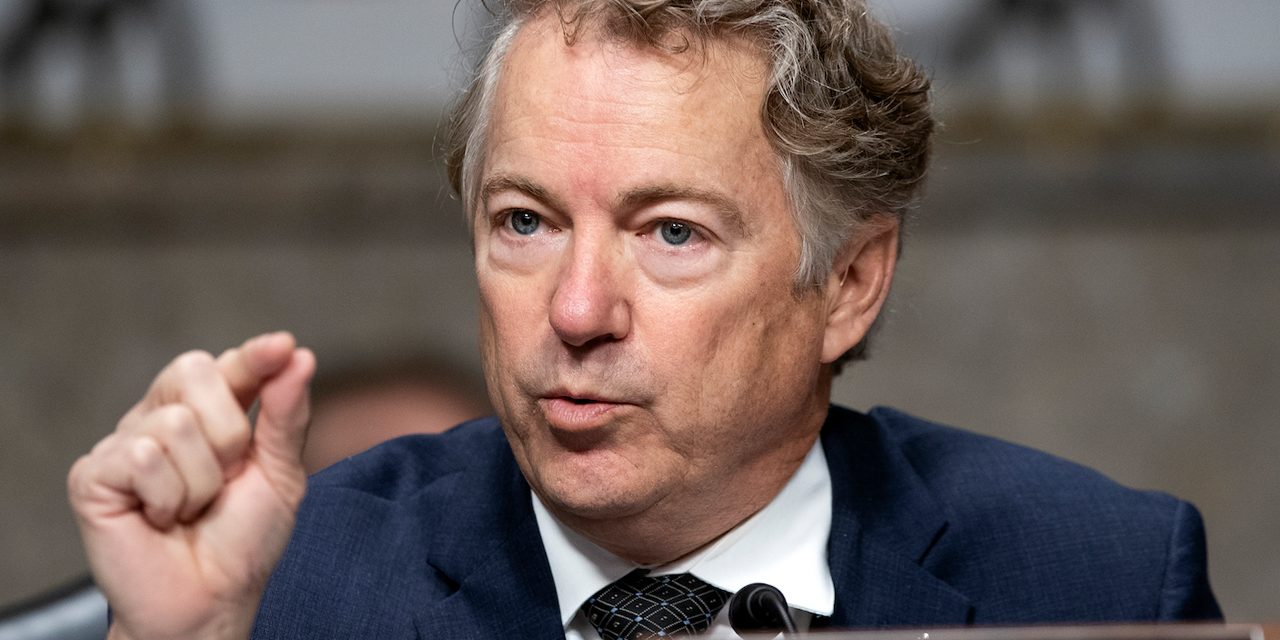 America’s media, central bankers, and bureaucrats continue to debate the rising inflation in the U.S. that has raised the cost of living and increased the prices of goods and services nationwide. Senator Rand Paul, R-Ky., believes the inflation is “only going to get worse” and he published a report on the issue and blamed excessive coronavirus relief spending by Congress. Furthermore, a new decentralized method of measuring inflation has been introduced called Truflation, a tool that provides a “daily, unbiased, data-driven, real-market inflation rate.”

The price of living and the cost of goods and services has risen dramatically in the last two years following the onset of the coronavirus pandemic. The U.S. Labor Department’s data published last week showed that inflation is the highest it has been in 40 years at 7% and last month’s consumer price index (CPI) data was the third consecutive month over 6%. The rising inflation has caused bureaucrats from the Democrat party to worry about the issue as they believe it could hurt U.S. president Joe Biden’s leadership.

The rising CPI rate spurred a number of market analysts, economists, central bankers, media pundits, and politicians to debate the inflation issue. Republican senator Rand Paul from Kentucky wrote a report called “The Hidden Tax,” which explains that inflation will likely get worse from here and that it’s hurting American families and small businesses. Paul blames the excessive spending the U.S. government has been involved in to help bolster the economy during the Covid-19 pandemic.

Paul’s report highlights that 71% of American households who make $40K per year have “indicated economic hardships from rising prices” and 29% of people making $100K annually feel the same way. Paul’s report notes that the U.S. government spent $4.9 trillion for Covid-19 stimulus and now “Americans are faced with the hidden tax that is a risk with any form government spending: inflation.”

$4.9 trillion in COVID-19 stimulus spending has led to one of the highest and sustained levels of inflation in U.S. history. Though government stimulus spending was intended as a form of relief, and low and middle-income families as well as small business owners were promised that their taxes would not increase as a result of these packages, Americans are now paying a ‘hidden tax’ for these policies.

Shadowstats data shows the inflation rate may not be 7% but much higher at 15%. Furthermore, a Chainlink proponent called Patrick Batelink tweeted about a “true inflation index” called Truflation, a tool that reportedly provides “the most objective, decentralized, and frequent inflation updates possible.”

It represents the U.S. inflation, with many more true fiat inflation indexes to come, as goods and services become significantly more expensive around the world. The Truflation Index API is served to the decentralized Chainlink Oracle on-chain and made available to compatible smart contracts. The Truflation Oracle is an on-chain feed of our custom inflation index available through the Chainlink ecosystem.

On January 12, 2022, the official Truflation Twitter account tweeted about the government’s official CPI data published last week. “The official U.S. inflation rate is 40 years high,” the Truflation account tweeted. “Our data shows it is dramatically higher than the official rate. YoY % Change December 2021: Official CPI: 7.0%. Truflation index: 11.4%.” Essentially, Truflation is an oracle and in order to leverage the oracle, users must utilize Chainlink in order to request a smart contract. Moreover, Truflation’s oracle has documentation so users can learn how to leverage the index.

If it were calculated using methods discontinued in the 80s and 90s, the official inflation would be around 14% and 10%, respectively. The newest inflation indexes currently being tested by the Bureau of Labor Statistics report even lower inflation. But why would the government lowball a metric so crucial for the economy?