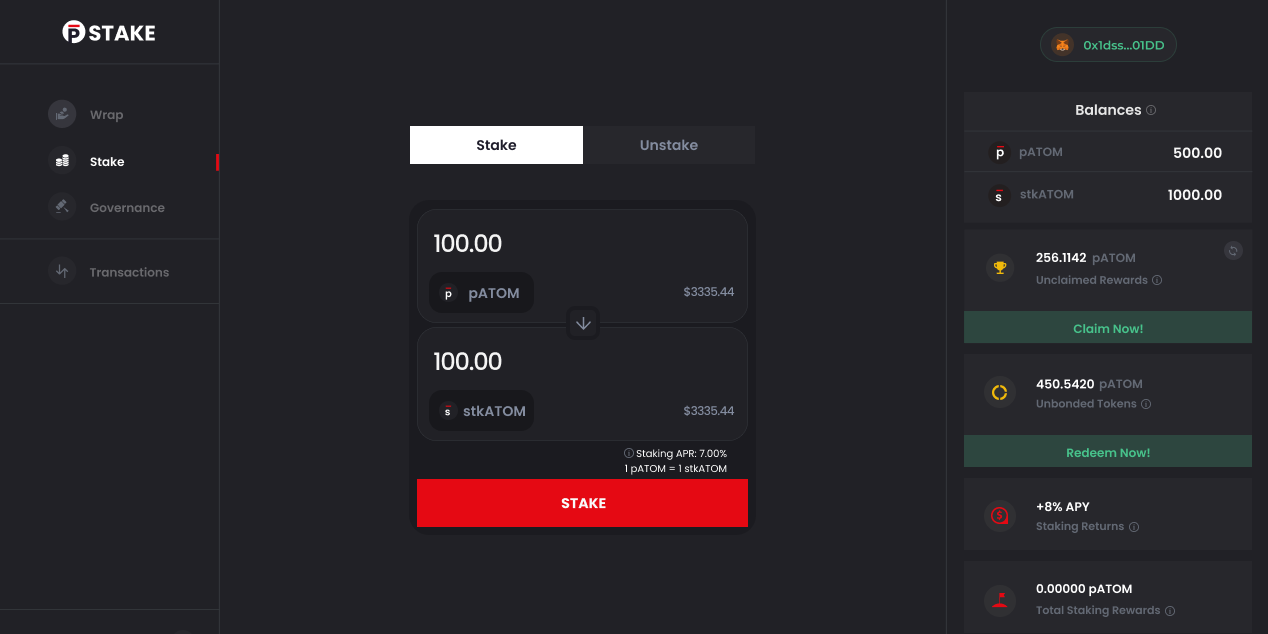 pSTAKE, a protocol for unlocking liquidity for staked assets, has closed its public token sale hosted on CoinList, successfully raising $10 million. selling out a tranche of its native $PSTAKE token.

The sale started on December 16, and sold out in 45 minutes, with 5% of the total supply of PSTAKE tokens listed at a price of $0.40 and a total valuation of $200M. The registration count topped 949,000 registrations in total, the highest of any CoinList sale to date, with 20,000 new token holders added to the ecosystem following the sale. On or around January 25, 2022, 25% of the tokens sold will be unlocked, with a six-month linear vesting schedule to follow.

pSTAKE is one of the first liquid staking protocols for the Cosmos network. It previously raised a $10M strategic round, attracting some of the biggest names in venture capital, with Three Arrows Capital, Galaxy Digital, Sequoia Capital India, and DeFiance Capital co-leading the seed round.

Since its launch in September, the platform has reached over $40 million in total value locked (TVL) for Persistence ($XPRT) and Cosmos ($ATOM) staking deposits.

The protocol allows Proof-of-Stake (PoS)-based asset holders to earn rewards without losing the liquidity of their assets, unlocking the potential of PoS tokens. pSTAKE users can stake assets, participate in improvements to the protocol, and secure the network to earn staking rewards in the form of 1:1 pegged staked tokens (stkTokens) which can be used across the DeFi ecosystem.

pSTAKE’s vision is to build an end-to-end PoS asset management platform; the team strongly believes liquid staking is the most important primitive for the next phase of growth for DeFi. Over the last few months, the protocol has completed a security audit and expanded to support liquid staking for Persistence’s native $XPRT. In that time its active user base has grown to more than 5,500.

As part of its development plan, pSTAKE will continue to launch liquid staking support for more major PoS assets — from both within and outside the Cosmos ecosystem. This includes ETH, LUNA, SOL, and others.