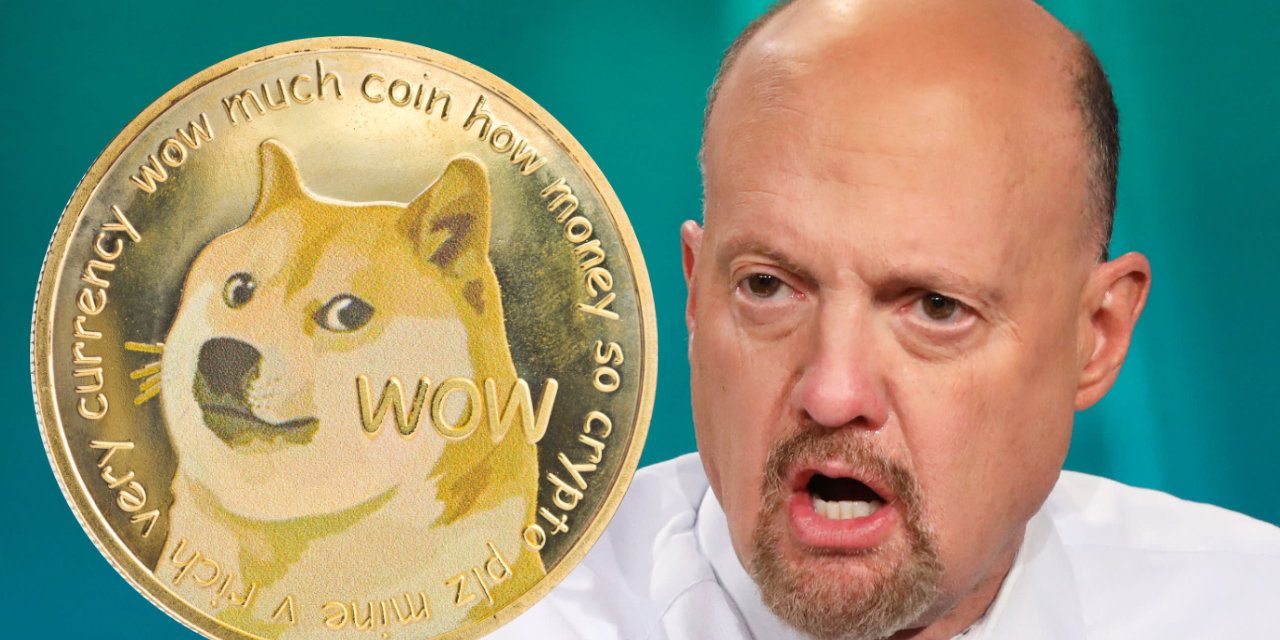 The host of Mad Money, Jim Cramer, has warned about dogecoin (DOGE). He said that the meme cryptocurrency is a security and will be regulated. He also questioned the supply of dogecoin.

“Please be careful with dogecoin,” he tweeted, adding that the meme cryptocurrency “is a security” and “will be regulated.” In addition, he wrote: “We will find out how many there are and how many are being created each day to make money for the exchanges.”

Cramer’s comment about the popular meme coin, which also aired on CNBC Thursday, has drawn a lot of attention on Twitter.

Many people disagreed with Cramer. Some expressed to the Mad Money host that dogecoin is not a security, questioning how he came to the conclusion that it is. Some people slammed Cramer for his lack of knowledge of blockchains and DOGE’s supply.

Please learn how blockchain works. It’s already well known how many there are and how many are created everyday. It is in the public code on the public blockchain, easily viewable by anyone.

“In terms of ‘security,’ it is a proof-of-work cryptocurrency so you have to put in work to retrieve the coins from the block. It doesn’t qualify under the Howey Test. It works the same as bitcoin. In fact, it’s 99.5% the same code as bitcoin. Please educate yourself,” Markus stressed. He further tweeted that Cramer’s warning is “The biggest bull signal ever for dogecoin.”

SEC Chairman Gary Gensler is currently focusing on regulating cryptocurrency exchanges. He believes that many cryptocurrencies listed on exchanges are securities and must be registered. However, the SEC boss has refrained from discussing any particular crypto, including ether. The SEC is also currently in an ongoing lawsuit with Ripple Labs and its executives over the status of XRP.

Dogecoin is the 11th largest cryptocurrency by market cap. At the time of writing, the price of DOGE is 16.60 cents based on data from Bitcoin.com Markets. Its market cap is about $22 billion.

The meme cryptocurrency has many supporters, including Tesla CEO Elon Musk and Shark Tank star Mark Cuban. Musk sees dogecoin as the best cryptocurrency for transactions.

Recently, Tesla began accepting DOGE for some merchandise. Musk, who is known in the crypto community as the Dogefather, also personally owns some dogecoins.

What do you think about Jim Cramer’s dogecoin warning? Let us know in the comments section below.