10 Most Promising Cryptocurrency For 2022 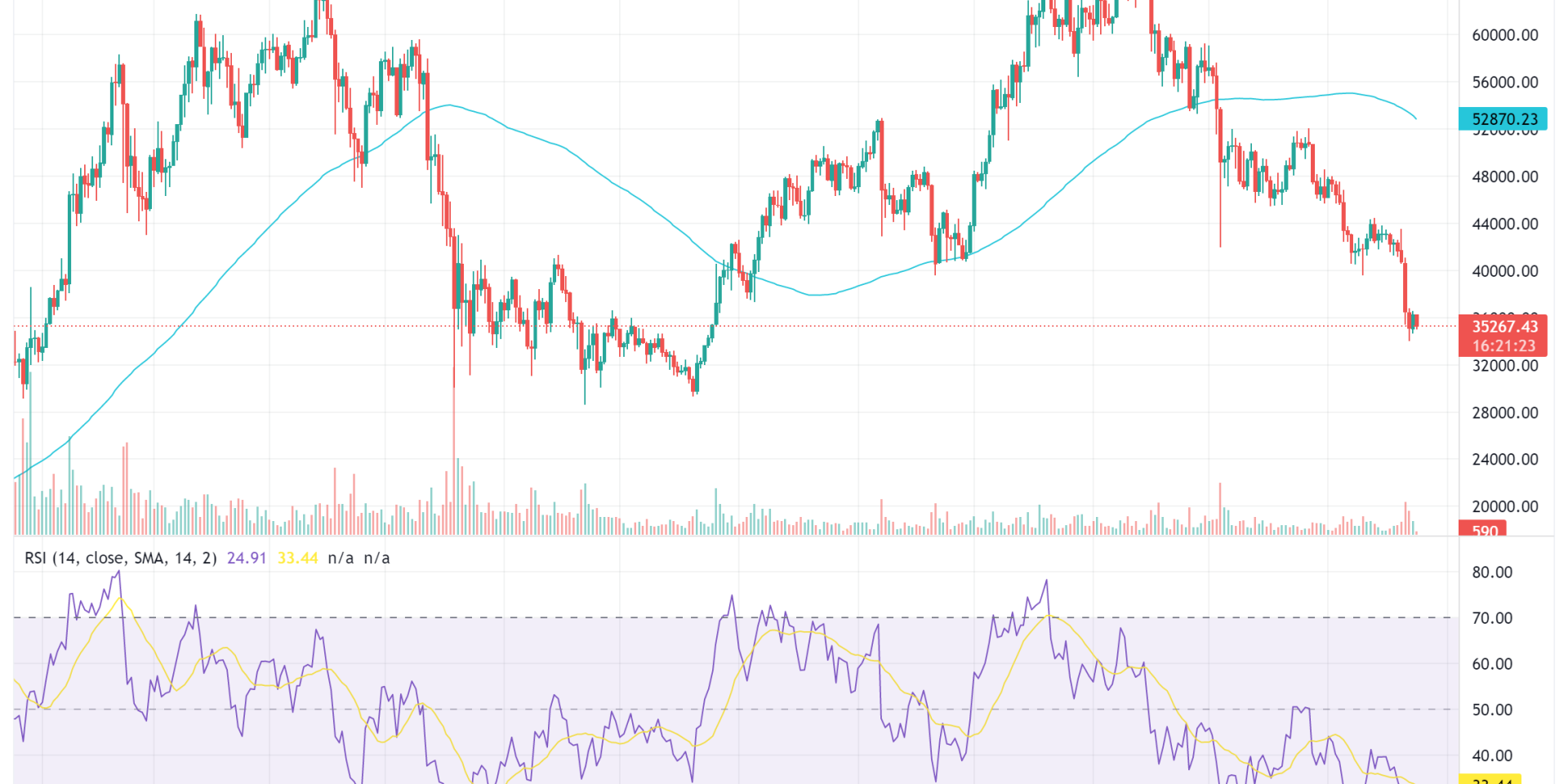 With the year still very in the early phases, investors are already looking to find the most promising cryptocurrency for 2022.

The market remains vibrant with strong fundamentals, and there’s a lot of hope that it will be able to break out of this bearish slump into the green zone. That said, here are some of the best cryptocurrencies to buy in 2022 to enjoy maximum gains.

Despite being the godfather of cryptocurrencies, Bitcoin still has a lot to offer. Its dominance over the market stands at 41.4%, meaning that any move in Bitcoin’s price will most likely trickle down to all altcoins as well.

Bitcoin had a pretty good year in 2021, even though the year’s ending saw it erase most of the gains made. However, there are several opportunities for this year as it is. The battle for a pure-play Bitcoin exchange-traded fund (ETF) is still on as countries grapple with cryptocurrency regulations.

As Bitcoin becomes even more mainstream and institutional adoption is expected to rise, there is a lot of upside for its price.

Next on our list of the best cryptocurrencies to buy in 2022 is SOL. The native token of the Solana blockchain had a monster year in 2021, with its price jumping by 6,200% despite the slump in December.

There are already signs that 2022 could be another huge one for SOL. The Solana blockchain has been growing significantly in recent months, with a report from a Bank of America digital asset strategist claiming that the network could grow to become the VISA of cryptocurrencies.

Many expect SOL to have an impressive year with such impressive growth prospects. So, you should look out for it.

BNB, the native token for the Binance exchange, is another promising cryptocurrency for 2022 on many investors’ watchlists. The asset has struggled for the past few months, although many of these struggles have been related to Binance itself.

After having spats with multiple regulators throughout last year, Binance became the poster child for unregulated crypto exchanges. The company has vowed to change this narrative in 2022, and it has not taken the wrong step so far.

In the past month, Binance already got a license to operate in Canada and the Kingdom of Bahrain. The company’s American subsidiary, BinancceUS, has also commenced trading in the state of Connecticut, and the exchange is also eyeing an expansion into Thailand – a country where it had to leave due to regulatory problems.

As Binance continues to grow, the prospects for BNB will look brighter by the day.

The largest altcoin, Ether, has had a mixed year. The asset managed to get out of Bitcoin’s shadow last year, delivering 409% returns through the period. However, with Ether still moving largely in correlation to Bitcoin, the current market slump has been brutal to the asset as well.

Regardless, there’s a lot of hope for Ether. The Ethereum blockchain is still in its transitionary phase as it looks to move permanently to the proof-of-stake (PoS) mechanism. This transition will help Ethereum retain its place as the top blockchain if successful.

The smart money will bet on Ethereum – and, by extension, Ether – to succeed this year.

Heading into this year, top Dogecoin stakeholders have decided to shed the meme coin narrative and make the asset more useful. Tesla CEO Elon Musk has been touting the asset’s value as a payment method, and the Tesla store started accepting Dogecoin this month for merch payments.

Next is a possible plan between the Dogecoin Foundation and Ethereum co-founder Vitalik Buterin to bring staking to the asset. If this works, more investors are sure to pile on and purchase DOGE. So, this is one of the best cryptocurrencies to buy in 2022.

XRP remains the crypto market’s standard for cross-border payments. The asset has had a bit of a rough period, with its developer – Silicon Valley-based Ripple Labs – involved in a securities fraud legal tussle with the Securities and Exchange Commission (SEC)

The fraud case has dogged XRP, with several leading exchanges delisting the asset since December 2020. Despite that, XRP rode last year’s bull market to deliver a healthy 279% gain.

There is now growing optimism that the SEC case might be resolved soon, allowing Ripple Labs to continue with some of their objectives – which, according to some sources, could include an initial public offering (IPO).

FTT is the native token for FTX – one of the world’s top crypto spot and derivatives exchanges. Despite being less than five years old, FTX has become a crypto behemoth, with growing users and an ever-increasing suite of products.

Like Binance, analysts expect FTX to grow massively in 2022. A top company executive confirmed that they would soon offer stock trading to their customers. FTX also recently unveiled a $2 billion venture capital fund to invest in Web3 and other innovative technologies.

With such expansion in the pipeline, it looks like a good time to purchase FTT.

Axie Infinity became a massive hit last year as the world became more intrigued by the metaverse. The game has become arguably the biggest in the crypto space, combining concepts like the metaverse and non-fungible tokens (NFTs).

With the craze over the metaverse still strong, market participants expect Axie Infinity to at least keep a hold of its user base. Consistent growth in activity will boost the price of its native token, AXS.

Another asset that has benefited from the blockchain gaming and metaverse craze, Decentraland’s MANA, also makes our list of the best cryptocurrencies to buy in 2022.

The asset powers everything there is to do in Decentraland – a blockchain game set in a unique metaverse where players get to enjoy different games and experiences.

Decentraland has already started 2022 strong, building a partnership with Samsung and the Australian Open. As more brands will look to carve a niche for themselves in the metaverse, we expect platforms like Decentraland to sign more deals.

Rounding out our list of the best cryptocurrencies to buy in 2022 is MATIC. The coin powers the Polygon ecosystem, which aims to help developers bypass some of the challenges posed by the Ethereum blockchain.

Polygon has been silently building quite a formidable platform. It recently got a boost when the Associated Press launched an NFT marketplace on its platform, and independent data shows that NFT activity on Polygon has been surging.

NFTs are still a hot-ticket item, and this isn’t expected to change soon. Polygon could become a hub for NFT activity – which will boost MATIC’s profile.