5 Reasons why you should buy NEAR 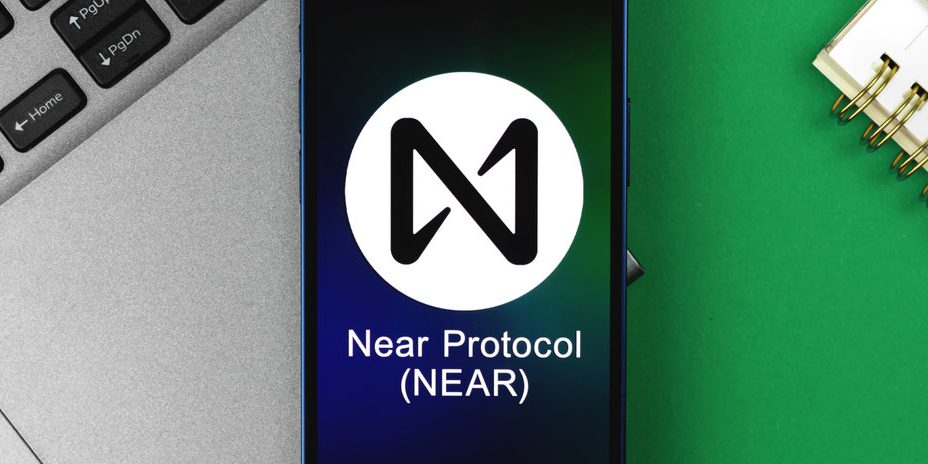 The volatility of the crypto space has made gaining wealth in the 21st century easy. All you need to simply do is invest at a low and take your profit at a high, but we both know it can’t be this easy. Regardless, you are already searching for a coin you can buy out of the over 10,000 cryptocurrencies in the market and go ahead to plan your retirement. Fortunately, you’ve been able to arrive at a list.

However, take your mind away from those coins on your list. Let me interest you in NEAR Protocol. So, consider these five reasons before you take the giant step. Before that, let’s cover the basics of Near Protocol.

NEAR Protocol is a third-generation blockchain launched in 2017 by Alexander Skidanov and Illia Polosukhin. It was initially a machine learning platform. Now, it is a network that rewards computers for operating the platform. It was created to speed up transaction rates, increase throughput, and aid compatibility.

It is a base layer on which decentralized applications can be created. Compared to other blockchains, it is sustainable, interoperable, secure, cost-effective, friendly, and pragmatic for users. The NEAR Protocol aims to revolutionize systems and impact how users use the web generally.

1. NEAR Protocol is accessible and usable

NEAR Protocol is a community-run decentralised platform that supports the development and operation of dApps. It is a decentralised database and a computation platform without a server. It has made it easy for engineers and innovators to use it to create various products while also serving a pool of users. It is expanding the reach of Open Finance and paving the way for web 3.0.

NEAR Protocol will allow the creation of user-friendly applications that would require little or no permission to be engaged. NEAR is based on a usability-first approach. This means that apps created on the network would mirror those on web platforms while also ensuring security. It would be simple to onboard projects and easy to subscribe, with predictable pricing and usage styles that users are familiar with.

In essence, both users and developers will experience seamlessness on the platform. It would be easier to create accounts with domain names that can be comprehended by everyone. It has eliminated the need for Ethereum Name Service.

For developers, creating and deploying applications have been simplified. They can use JavaScript, Rust, and AssemblyScript software development kits. They would also have the platform’s search tool, NEAR Explorer.

2. NEAR Protocol uses shards its Data

NEAR Protocol employs a sharding approach which allows it to partition its data. This improves its scalability, making it run more transactions. This approach is called Nightshade. It allows the network to grow as the number of nodes increases.

Sharding allows each node to store a small subset of the platform’s data. It splits the computing work across the nodes due to high network usage. These nodes handle the data processing and add the resulting information to the main chain. This improves the security of the network as the potential points of failure are reduced because each node oversees a part of the network.

Also, it would help solve the blockchain trilemma. Asides from sharding, it has developed a dynamic re-sharding. This adjusts the number of shards regularly and dynamically based on the demands of users. This increases transaction throughput and reduces transaction costs.

Unlike other blockchains that use this approach, all shards are a part of the main chain. It also has Doomslug. This enables validators to generate blocks in turn, once per epoch based on their stake. Block creation takes approximately one second.

Unlike the pioneer blockchains, NEAR Protocol uses a specialised proof-of-stake algorithm- Thresholded Proof-of-Stake. This makes it more decentralised by enabling the permissionless interaction of node operators with the network. It eliminates the pooling power of validators and allows the ubiquitous participation of node operators. It ensures a fair and predictable consensus.

This promotes growth as more nodes would be able to join. It also allows developers and innovators to make money from their projects. It assigns a fee to a contract when it is created, and the developer can withdraw it.

Unlike other proof-of-stake, delegated tokens are not lost when the validator is slashed for malicious behaviour; only the reward is lost.

4. NEAR Protocol has bridges

Blockchains improve their interoperability by creating links with other blockchains. NEAR Protocol has several bridges to serve this purpose. It has become compatible with Ethereum Virtual Machine through the Aurora bridge. This makes it easier for developers to transfer their apps to the fast, low-cost, and scalable NEAR.

It has also partnered with Terra to bridge Terra’s assets with the platform. Also, it has the Rainbow bridge that supports the transfer of funds between NEAR and Ethereum. Additionally, there is the Octopus Network, a network that allows interoperability with blockchains like Bitcoin, Polkadot, Cosmos, and so on. This would make it compatible with NEAR-based tokens and the Inter-Blockchain Communication protocol.

These bridges increased their transaction throughput (721,061) in January 2022.

5. NEAR Protocol has an expanding ecosystem

Due to its futuristic features and developers’ community, it has witnessed an exponential growth of its ecosystem in the last two months. It is ranked the third fastest growing platform for developers right now. It plans to combine the creativity of its community with accurate decisions and execution. Also, it hopes to aid a fast improvement of its protocol with the supervision and input of the community.

It aims to provide the platform for the birthing of web 3.0. Flux protocol, Mintbase, and Paras are some of the popular projects on the ecosystem.

To invest in NEAR Protocol would be to buy its native token, NEAR. NEAR is used as a reward for node operators and validators. It is used to pay for transactions, run applications, and reserve storage units for applications. It is also burnt as a deflationary measure. To get more NEAR, you can stake, participate in bounties, win a NEAR hackathon, run a community, create on the network, or be an active community member.

If you can already picture the web 3.0 world, then you won’t hesitate to bag some NEAR. However, the decision is yours to make; in the end, it would be your loss or gain. As always, this is not financial advice. Do your research and deal wisely.

The post 5 Reasons why you should buy NEAR appeared first on Coin Journal.