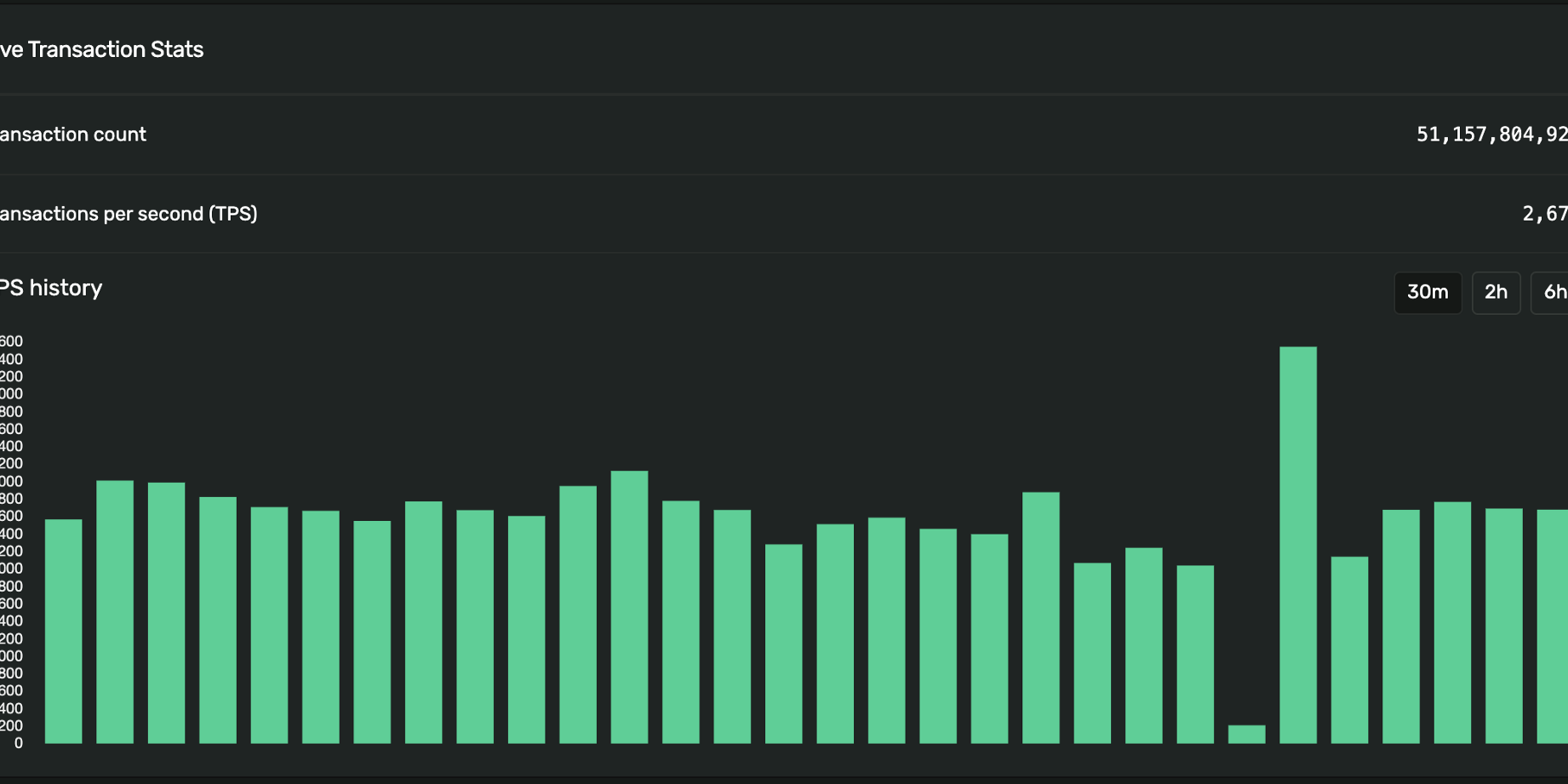 Solana network has become one of the viable alternatives to Ethereum in recent months. Like all other blockchain networks described as Ethereum killers, Solana claims to have the solution.

Any network with lower gas fees and faster transaction speeds will address the primary problems of Ethrerum. But Solana went one step further by claiming that it could theoretically perform 710,000 transactions per second (TPS).

Available data has shown that the actual TPS is much lower. According to SolanaFM, the average transaction per second on Solana is 3,000. While this is a far cry from the theoretically possible TPS, it’s still far above Ethereum, which is around 10.

Furthermore, vote transactions are the ones that require at least one voting account, i.e. account owned by a validator node. Therefore, such transactions are essential for the security of the Solana network.

With current transaction data from Solana, its TPS is similar to that of centralized platforms such as Visa. This shows the efficiency of its Proof of History consensus mechanism when compared to more common models. It also explains why more decentralized applications and NFT projects are deploying on the network.

In recent months, Ethereum dominance as the home of DeFi and NFT has reduced significantly. This is due to more projects launching on other blockchains networks, including Solana.

Yesterday, CryptoSlate reported that the crypto market witnessed one of its worst days in recent memory as the value of the flagship digital asset plummeted to less than $40k.

A more cursory look at the second-largest crypto asset and Solana would show that both assets lost over 13% of their value within the same period. As of press time, Ethereum was trading for less than $2500 while Solana is exchanging hands for $101 —these prices are a far cry from their ATHs.

According to available data from CryptoSlate, Solana’s market cap has declined to around $31 billion while that of Ethereum is now around $294 billion.