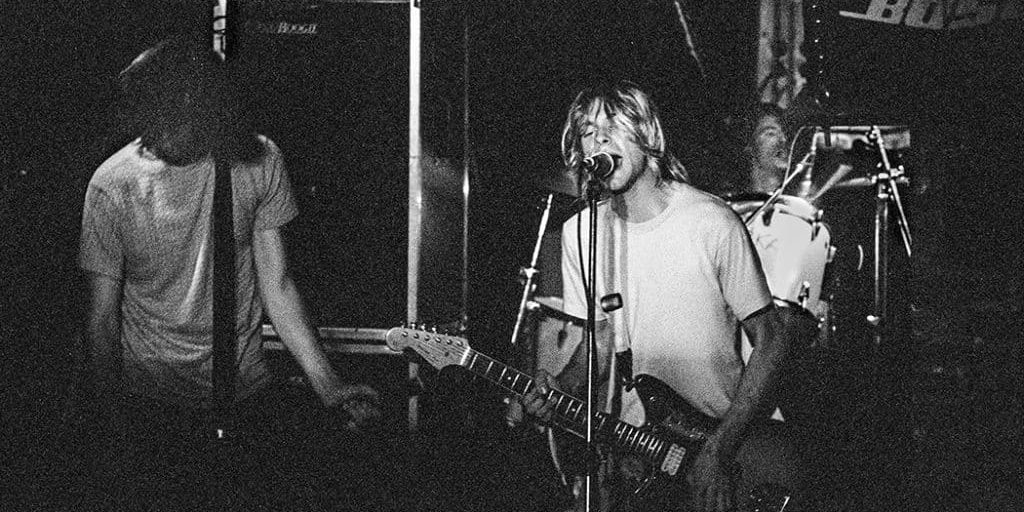 Those Nirvana fans with some cash left after the cryptocurrency crash of the last week will have the opportunity to own a piece of the history of their favorite band immortalized on the blockchain.

On February 20, 2022, an auction will be held with never-before-seen images and artworks of Nirvana. The auction will be crypto-only and will take place on the same day as the birthday of Kurt Cobain, leader of the iconic band, who committed suicide on April 5, 1994.

Nirvana is Inmortalized on the Blockchain

The auction will include 27 images and 15 never-before-seen artworks created from a series of pictures taken by photographer Faith West on October 1, 1991, during a band concert at J.C. Dobbs in Philadelphia, six days before the release of the album Nevermind.

The images, which are now on display in Rarible, include black-and-white photos as well as some psychedelic color edits and some GIFs featuring various moving pictures.

The auction is organized by Pop Legendz, a startup that mints NFTs related to the music industry. The NFTs are not all cheap, although the price of the tokens may be justified considering that the band has acquired a legendary status in the rock scene. Also, the material had not been available to the public until the time of the announcement. The price for each image starts at 1ETH and 67ETH for the GIFs. The auction will likely end at much higher prices.

The winners will not only get the NFT. They will also get a unique framed, 16 “x24” print of one of the images signed by the photographer.

Half of the proceeds will be donated to The Trevor Project. This charity helps youth in the LGBTQ+ community prevent suicides. Another part will go to Grid Alternatives, an organization that distributes solar panels to low-income families.

NFTs And The Entertainment Industry

NFTs are unique tokens that use the properties of a blockchain standard to prove ownership. Unlike normal cryptocurrencies or non-fungible tokens that can be exchanged for others of exactly the same properties (such as 1 BTC or 1 ETH), NFTs are minted one at a time and have their own properties. Hence their name.}

Because they are unique, their main use is as proof of identity or ownership. And in recent months, the entertainment and gaming industry has been able to exploit their characteristics.

Outside of the gaming world, which is a booming industry, more and more artists are launching NFT collections offering a unique user experience. From concert tickets to song royalties, NFTs are revolutionizing the way artists conceive their relationship with fans.