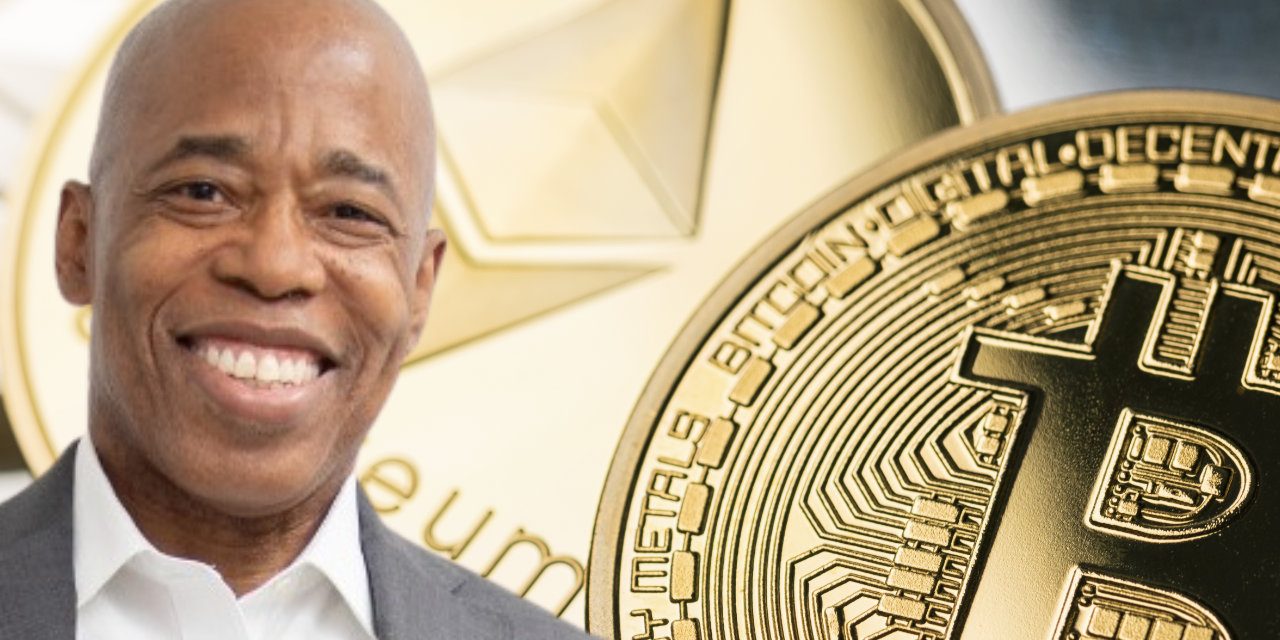 The mayor of New York City, Eric Adams, has received his first paycheck in bitcoin and ether via Coinbase. “Promise made, promise kept,” the mayor said, referring to his promise to take his first three paychecks in cryptocurrency.

New York City Mayor Eric Adams has made good on his promise about getting paid in bitcoin. In a video he posted on Twitter Thursday, the mayor said:

Promise made, promise kept. Took my first check in bitcoin and ethereum.

“This is a reason to highlight. New York must be the center for innovation and new ideas. I want my young people to thrive in every industry,” the mayor emphasized.

The official website of the city of New York also announced Thursday that Mayor Adams will “receive [his] first paycheck in cryptocurrency.”

The mayor’s first paycheck “will automatically be converted into cryptocurrency via Coinbase … before funds are made available,” the announcement details, adding that “The salary will be converted to ethereum and bitcoin.”

Mayor Adams announced in November last year that he would take his first three paychecks in bitcoin. However, the city explained:

Due to U.S. Department of Labor regulations, New York City cannot pay employees in cryptocurrency. By using a cryptocurrency exchange, anyone paid in U.S. dollars can have funds converted into cryptocurrency before funds are deposited into their account.

Mayor Adams commented Thursday: “New York is the center of the world, and we want it to be the center of cryptocurrency and other financial innovations … Being on the forefront of such innovation will help us create jobs, improve our economy, and continue to be a magnet for talent from all over the globe.”

He also said in November that he wants schools to teach crypto, noting that bitcoin is a new way to pay for goods and services.

Earlier this month, when the price of BTC fell to the $41K level, the mayor said, “Sometimes the best time to buy is when things go down, so when they go back up, you’ve made a good profit.”

What do you think about NYC Mayor Eric Adams converting his paycheck into cryptocurrency? Let us know in the comments section below.