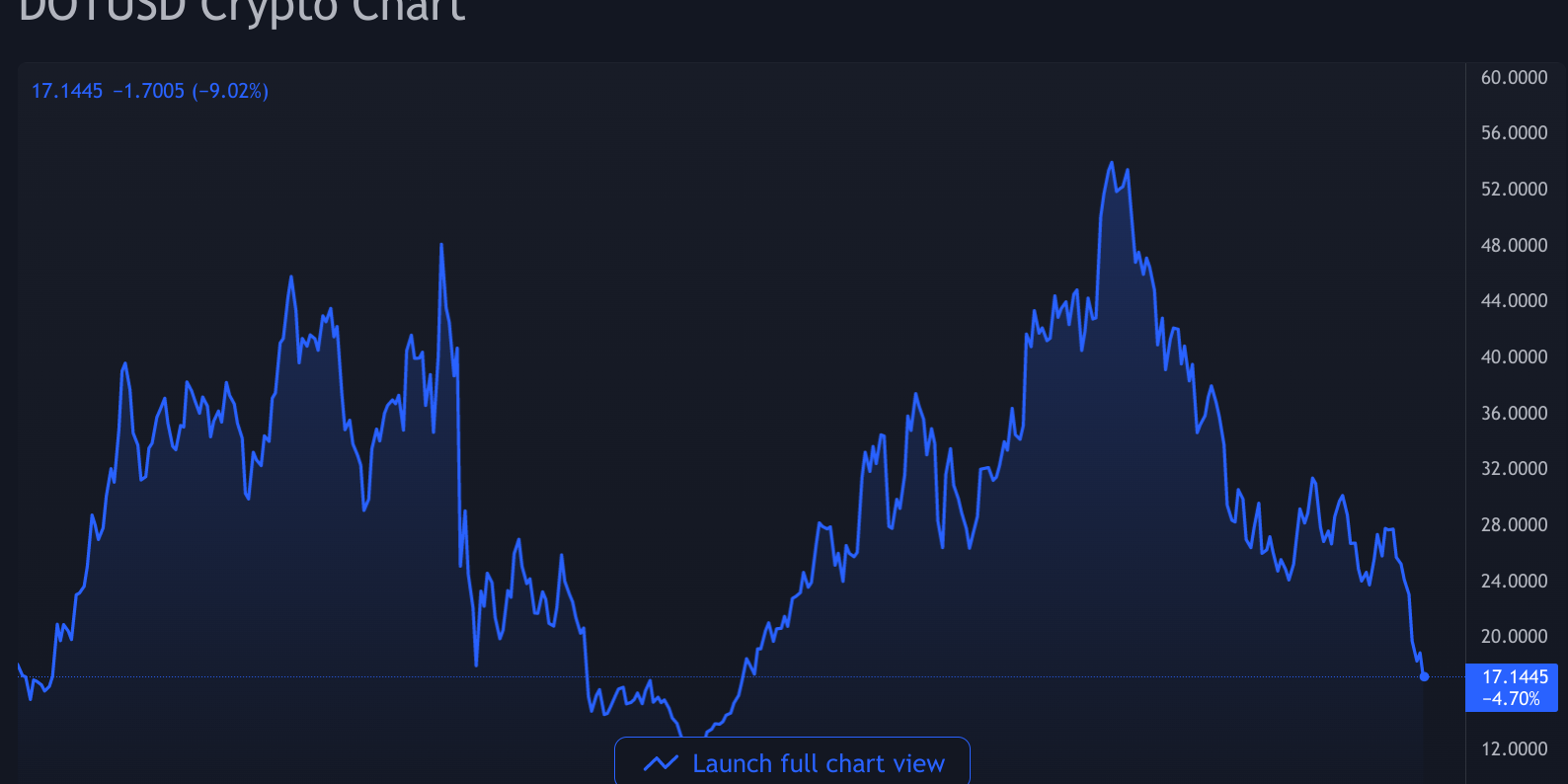 Polkadot is one of the most promising blockchain networks in the crypto market. But the cryptocurrency is one of the Layer 1 solutions that has not yet been able to establish itself at the top. In this article, we’ll discuss why Polkadot isn’t at the top yet and give 3 Polkadot cons.

What is Polkadot Crypto?

Polkadot is a next-generation blockchain that solves the problem of interoperability. The basic concept of Polkadot is to bring one standalone blockchain for all. Thus allowing sectors like healthcare and pharma to use blockchain tech. Polkadot also assembles special features of different blockchains in one place. Hence, helping the blockchain technology to overcome limitations like scalability and throughput.

One of the biggest issues Polkadot wanted to address with its blockchain is interoperability. Through its numerous sidechains, the parachains, several blockchain networks should be connected with each other. Probably the most important connection is the one to the largest network on the market, Ethereum.

However, unlike networks like Fantom, Binance Smart Chain, Avalanche, and Harmony, Polkadot has not released a dedicated bridge to Ethereum in 2021. Therefore, the network received less attention from users looking to invest in DeFi and NFTs. The bridge to Ethereum should be a big topic for Polkadot going forward.

In contrast to other blockchain solutions, Polkadot started its mainnet launch activities relatively late. This was because the parachain auctions didn’t start until November 11, 2021. That’s when Moonbeam, an Ethereum-compatible smart contract parachain, secured its first slot.

Now is an ideal time to get in cheap. Buy the DOT token and other cryptocurrencies on the crypto exchanges  Binance ,  Coinbase ,  Kraken  and  Bitfinex !

We therefore only saw the first strong price increase of the DOT token in November. In the weeks that followed, the market repeatedly crashed, which also made it difficult for the price of the Polkadot DOT token.

The DOT token is used in the Polkadot network to support operations, security, and governance functions. On competing networks, the native tokens are more likely to be used to perform token transfers or swaps. They can be staked with high annual returns.

Many of these functions are not available with the DOT token. The average user is far less interested in governance than in things like gaming, NFTs and DeFi. This is another reason why Polkadot and the DOT token were not as convincing as other Layer 1 solutions in 2021.

You can purchase the DOT token on the crypto exchanges  Binance ,  Coinbase ,  Kraken  and  Bitfinex  .

The post Why isn’t Polkadot BOOMING yet? 3 Polkadot Cons appeared first on CryptoTicker.