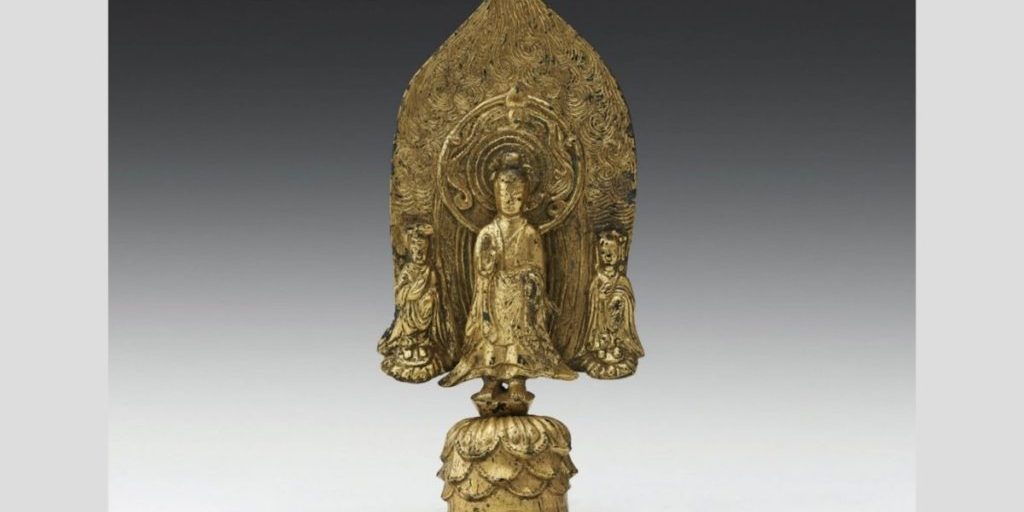 According to reports, one art museum in South Korea is auctioning two natural treasures, the national Treasure #72 Gilt-bronze Standing Buddha Triad with Inscription of “Gyemi Year” and #73 Portable Shrine of Gilt-bronze Buddha Triad to survive the ongoing pandemic. The two treasures can be dated back to 530 and the 11 century, respectively.

HeritageDAO aims to participate in the first of its kind action in South Korea. After buying the two treasures, HDAO plans to have the seller custody of the originals in Korea. First, the platform intends to fractionalize and sell 49% of nonfungible tokens (NFTs) ownership and keep 51% to HDAO.

Commenting on the project, Leon of Crayon.Finance explained:

“With nonfungible tokens unlocking a new dimension of possibilities to assets such as national treasures and DAOs are consistently growing and engaging the communities around the assets of interest, the future of the Art industry, both ancient and modern, could very well be powered by NFTs and run by DAOs.”

Just days old, HertageDAO was created to protect, share, collect and enjoy the essence of cultural heritage. By design, the platform is created to cover both the monetary and non-monetary aspects of safeguarding cultural heritage through the power of blockchain and its technologies. The platform was launched through a partnership formed by Crayon.Finance, and an anonymous expert in Ancient and Modern art over a cup of tea on a Sunday afternoon. This was notably four days before the set K- auction for the two treasures.

HDAO has gained a lot of traction as many come together to ensure that the culture within these items is presented. The community has already begun donating to the HDAO treasury on January 26. Community members can join the course, with the donation window open until February.

Through the donations, HDAO aims to either win the action directly or win back the treatures from the auction’s winner.

Notably,  national treasures are hard to sell due to the reporting duties required to keep them in mint conditions and the prohibitions preventing owners from exporting them out of the country. As a project, HDAO is well-positioned to show how the transfer of value is borderless through NFT. The fractional ownership will be fundamental in allowing retail collectors to engage in buying and selling of treasures.   The project stances to form strategic partnerships with numerous museums across the globe, providing them with the opportunity to explore the cryptocurrency market. These partnerships will also help the museum organizers acquire their targeted audience in physical and virtual markets.