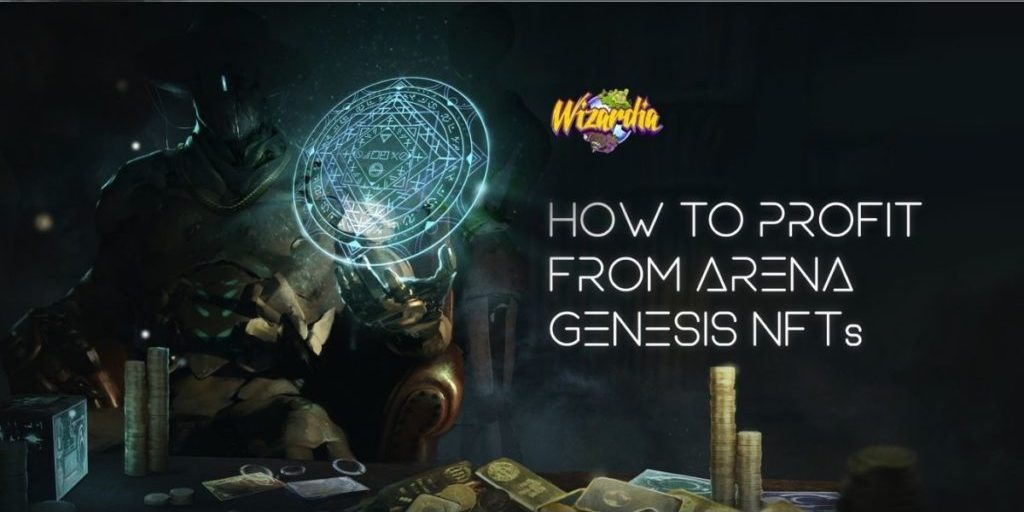 As the NFT and Metaverse gaming space continues to make leaps and bounds in 2022, we are slowly witnessing the evolution of the gaming space – not only in terms of story, character and gameplay, but also the underlying economies which form the financial foundations of a given project.

One example of this is Wizardia. Wizardia is an upcoming play-to-earn fantasy Metaverse game where players take on the role of unique wizards represented by NFTs and battle each other in a bid to earn valuable resources and level up their NFT avatars. Wizardia is built atop the Solana (SOL) blockchain, a low-fee Proof-of-Stake (PoS) network that rose to become one of the most popular destinations for developers to set up dApps in 2021.

While Wizardia gives players the chance to increase the value of their NFTs through standard gameplay, another aspect of the game’s NFT-based economy has drawn attention in recent weeks for the way it generates royalties over time.

Earn Royalties for the Game’s Duration

Comprising a two-NFT economy, Wizardia’s in-game Wizard NFTs are accompanied by Arena Genesis NFTs – tokens that give holders exclusive rights to earn royalties from all future battles and transactions conducted in the game’s Battle Arena.

In essence, this means early investors can purchase Arena Genesis NFTs and sit back and collect ever-increasing royalties as more and more players enter the game world and engage in Arena battles. Notably, holders of Arena Genesis NFTs don’t even need to participate in gameplay, instead, the NFTs are staked in the platform and owners will reap rewards in the form of tokens.

That investment is one that promises to pay off for the duration of the game’s existence. Much like profits generated from the successful activities of a given company, Arena Genesis NFT holders will accrue royalties from in-game transactions as time goes on. A quick glance at Wizardia’s revenue projection calculator reveals the potential royalties for investors who get in during the first round of the Arena Genesis NFT private sale – a figure no less than 100% ROI (return on investment) per month, assuming a player base of 30,000. Please note that this is just a projection that depends on many variables, such as the number of daily game users, or the Wizardia token price – and no royalties are 100% guaranteed.

Not Just the Early Bird Who Gets the Worm

Potential royalties to be gained from Arena Genesis NFTs fluctuate according to the increasing price of the tokens as Wizardia progresses through each subsequent round of its public sale – of which there are seven. The difference between the cost of the NFTs between round one and round seven of the private sale is quite stark – ranging from $125 per token to $445.

However, while the incentive to take part in the earliest rounds of the sale is clearly apparent, the way Wizardia’s royalty generation is constructed also gives late-stage investors a good chance of reaping serious rewards. This is because the value generated from the Arena Genesis NFTs naturally increases as more and more players enter the game world. Additionally, a portion of the royalties generated from all subsequent sales rounds will make its way to the early-stage investors, meaning they will start generating royalties before a battle is even conducted in the game.

This novel approach to NFT revenue builds on the royalty structure of popular NFT platforms like OpenSea, where royalties are earned each time an NFT is sold on. With Wizardia’s Genesis NFTs, the tokens needn’t be sold in order to generate continual royalties, but instead act as early-bird royalties in the ongoing progress of the project. What’s more, the prospect of actually selling an NFT on OpenSea – where the market is already approaching saturation point – is never wholly assured.

The first phase of Wizardia’s Arena Genesis NFT public sale will be conducted in early February, with later phases of the sale set to be held throughout the early part of 2022. The game’s battle arena game mode is slated for release by the end of Q2 of this year, meaning Genesis NFT holders will be able to start earning passive income from in-game battles very soon.

Wizardia is giving away $10,000 worth of prizes to its community. Up for grabs to community members who participate in the airdrop is $10,000 USDT split by 90 randomly selected lucky winners, all distributed on Binance Smart Chain.

The airdrop ends on February 7th. Register now to enter the free giveaway.